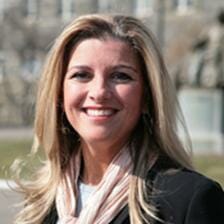 A Conversation on Economic Espionage with Catherine Lotrionte

On April 29, the Strauss Center hosted Dr. Catherine Lotrionte, Senior Associate at the Center for Strategic and International Studies. This webinar was part of our Brumley Speaker Series.

In her talk, Dr. Lotrionte discussed how international law may apply to acts of state-sponsored cyber economic espionage. Her remarks reflected and built off of her 2015 article on the same subject, “Countering State-Sponsored Cyber Economic Espionage Under International Law.” Lotrionte began the talk by discussing what prompted her research in 2015. In recent years, China’s theft of U.S. trade secrets has garnered a great deal of attention; in particular, there were two events that really heightened the profile of this issue. First, in May 2014, the DOJ indicted five People’s Liberation Army (PLA) hackers for economic espionage and computer hacking; this was the first time the U.S. indicted known state actors for hacking. Second, in September 2015, President Obama and President Xi reached a bilateral agreement on cyber activities and the cessation of state-sponsored theft of intellectual property. Like the indictments, this agreement was the first of its kind.

In July of 2013, the UN Group of Governmental Experts on Developments on the Field of Information and Telecommunications in the Context of International Security (UN GGE) stated, explicitly that international law, and in particular the Charter of the United Nations, is applicable in cyberspace. If the GGE’s assertion was true, what principles of international law may constrain states’ behavior or enable states’ responses when it comes to economic espionage? In particular, Lotrionte asked–what could the U.S. do in response, aside from diplomatic agreements like the Obama-Xi agreement, under international law as a target or victim of this activity?

Applying this rule to cyber-enabled economic espionage, Lotrionte concluded that acts of economic espionage could constitute a violation of the rule on nonintervention. Lotrionte explained that not everyone agrees with that conclusion; it all depends on whether you believe such activity is “coercive.” Lotrionte argued, “if [a state is] effectively blocking [another] state from being competitive in global markets, then massive IP-theft is a coercive act.”

If the rule on nonintervention has been violated, then the victim state may avail itself of the law of countermeasures under the law of state responsibility, as found in customary international law. There are strict procedural and substantive requirements that must be satisfied for an act to constitute a lawful countermeasure. For example, the act cannot be forcible; it’s preferred that a state give notice; and the state employing the countermeasure must provide sufficient justification. When a state suffers a breach of obligation due to the wrongful intervention of another state, it is the breaching state’s duty to stop what it’s doing and come back into compliance with the international law. The victim state may employ a countermeasure at least until the breaching state comes back into compliance (if not until reparations are made).

Lotrionte also briefly discussed whether the WTO’s dispute resolution mechanism, particularly on the authority of the TRIPS agreement, would be a good tool for dealing with economic espionage. But despite the TRIPS agreement containing relatively robust provisions for the protection of international property, there are a number of challenges and difficulties with seeking recourse for cyber-enabled economic espionage through the WTO.

Lotrionte concluded her remarks by discussing current efforts at the UN to try to reach an agreement to regulate state behavior in cyberspace. As noted prior, in 2013, the GGE concluded that international law does apply to cyberspace. But since then, there have been disagreements as to how international law applies and as to which principles of international law, beyond the UN Charter, apply to cyberspace. As of 2017, the GGE was not able to reach a consensus report, namely because there were three major issues on which states could not come to an agreement: (1) the right of self-defense; (2) the law of countermeasures; and (3) the international humanitarian law. Russia, China, and by 2017, Cuba, have consistently argued that none of these principles apply in cyberspace. There is currently a new, ongoing GGE; while there is some doubt as to whether any major agreements will be made, Lotrionte was hopeful that it would be able to produce some kind of consensus report.

Alongside the GGE, there has been a parallel process, originally proposed and promoted by Russia and not supported by the U.S., known as the Open-ended Working Group (OEWG), which issued its final report in March 2021. The OEWG, unlike the GGE, has been open to participation by an UN states; by comparison, as Russia and China have complained about, the GGE had only 15 and now 25 members. Lotrionte explained that the final report published by the OEWG does contain some good provisions for confidence and capacity building measures in cyberspace, but it makes virtually no progress on the applicability of international law.

Dr. Catherine Lotrionte is currently a Senior Researcher at Georgetown University, a Senior Associate in the Technology Policy Program at CSIS and a Senior Fellow at the McCrary Institute for Cyber and Critical Infrastructure Security at Auburn University. Previously she served as the Brent Scowcroft scholar at the Atlantic Council. She is also the founder and former Director of the CyberProject at Georgetown University, where she has taught and written on international and national security law, international affairs and technology.  At Georgetown she founded the CyberProject in 2008 and the Annual International Conference on Cyber Engagement which draws on the experience of government practitioners, industry representatives and academic scholars, providing technical, corporate, legal and policy perspectives from the international community. Lotrionte served as Counsel to the President’s Foreign Intelligence Advisory Board at the White House, on the Joint Inquiry Committee of the Senate Select Committee on Intelligence investigating the 9/11 terrorist attacks, as an Assistant General Counsel at the Central Intelligence Agency and in the U.S. Department of Justice.

She is an internationally recognized expert on international law and cyber conflict and has testified before Congress and NATO on cyber issues.  She has authored numerous publications on a broad array of topics, including espionage, information technology, international law, and deterrence and is a frequent speaker at cyber conferences across the global.

Dr. Lotrionte holds a MA and Ph.D. from Georgetown University and a J.D. from New York University. She currently serves on the board of directors of the American Federation of Scientists and has previously served as a member of the Homeland Security Advisory Council, the World Economic Forum’s Global Agenda Council on Cybersecurity, the Center for Strategic and International Studies’ Cyber Policy Task Force, and the CFR-sponsored Independent Task Force on Defending an Open, Global, Secure, and Resilient Internet.  She is a life member of the Council on Foreign Relations.