On September 12, 2019, the Strauss Center, Clements Center, and the Division of Diversity and Community Engagement at UT Austin hosted General Vincent K. Brooks (U.S. Army, Retired) for a talk on North Korea and Asia Security Challenges. General Brooks is a retired Four-Star General and a Former Commander, of the United Nations Command, Combined Forces Command, and United States Forces Korea.

Photos of this event are availble here. A video of the event can be accessed by clicking here. 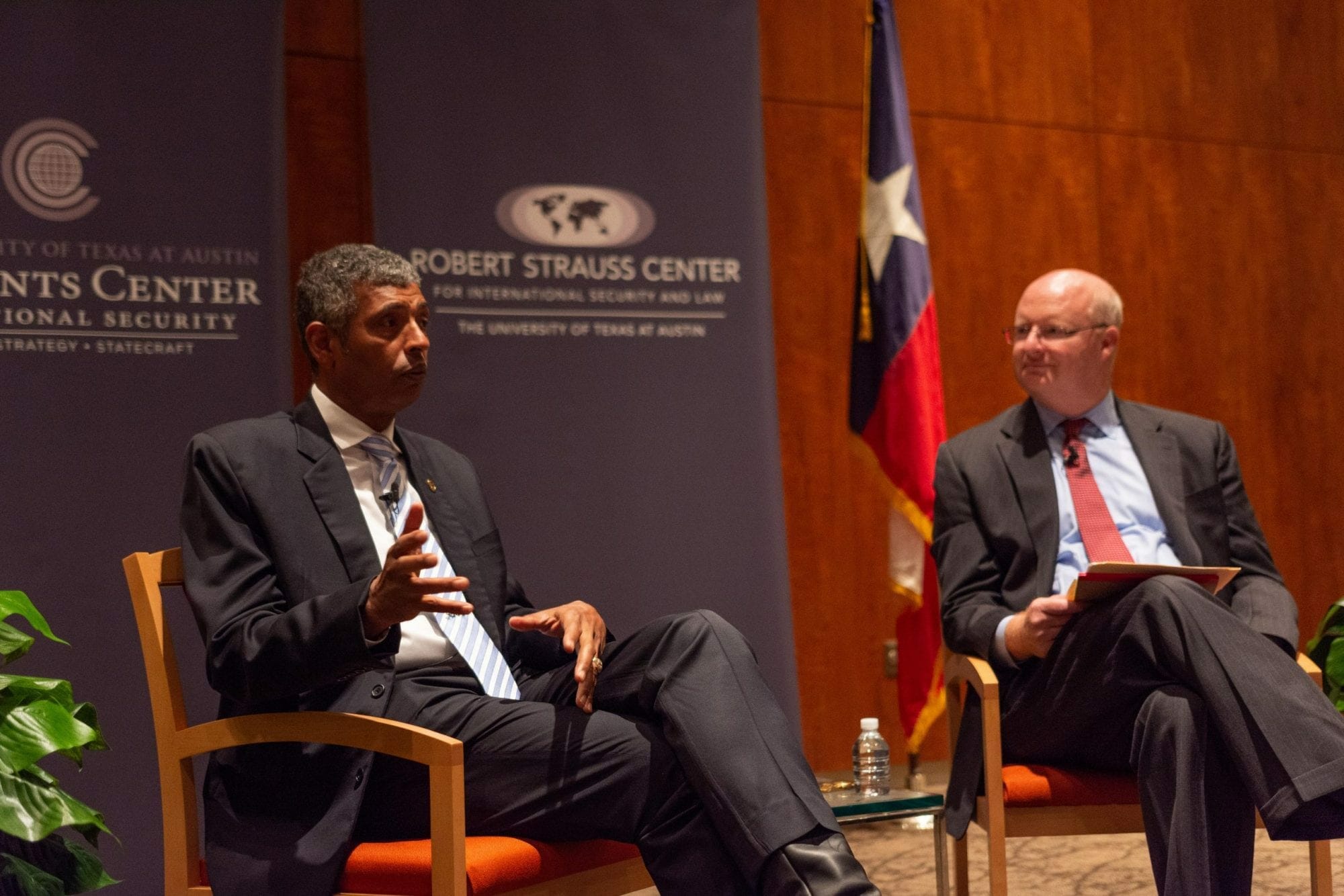 General Vincent K. Brooks is a career Army officer who recently retired from active duty as the four-star general in command of all US Forces in Korea, where he concurrently commanded United Nations Command as well as the Republic of Korea—US Combined Forces Command comprising over 650,000 Koreans and Americans under arms.

In 2003, while serving in the Joint Staff at the Pentagon, Brooks was chosen to serve as the deputy director of operations and primary spokesperson for the America’s fighting force in the Middle East and Central Asia, the United States Central Command as it conducted combat operations against the Iraq. Due to his charisma and speaking ability, the media, and international viewing public preferred Brooks’ daily update briefings to those of other spokespersons. During this time, Brooks was often referred to as “the face of the US military. The Central Command is one of nine US combatant commands that answer directly to the President and the Secretary of Defense. Its territory includes 25 nations in Africa, the Middle East, and Central Asia. Brooks also served as the commander for the US Third Army, the US Army portion of Central Command from 2011 to 2013, critical times in the reduction of forces in Iraq, the increase of forces in Afghanistan, the “Arab Spring,” and the standoff against Iran. Highly experienced in command of increasingly larger and more complex organizations over his forty-two years of service spent mostly in leadership roles, Brooks led in assignments completed with the 82nd Airborne Division, 1st Infantry Division, the 1st Cavalry Division, the 2nd Infantry Division, the 3rd Infantry Division, the Third Corps, the Third Army, and the US Army in the Pacific. In his final assignment, he served both the President of the United States and the President of the Republic of Korea. He also served at the Pentagon with both the Army headquarters as well as with the Joint Staff overseeing all the US military operations around the world. 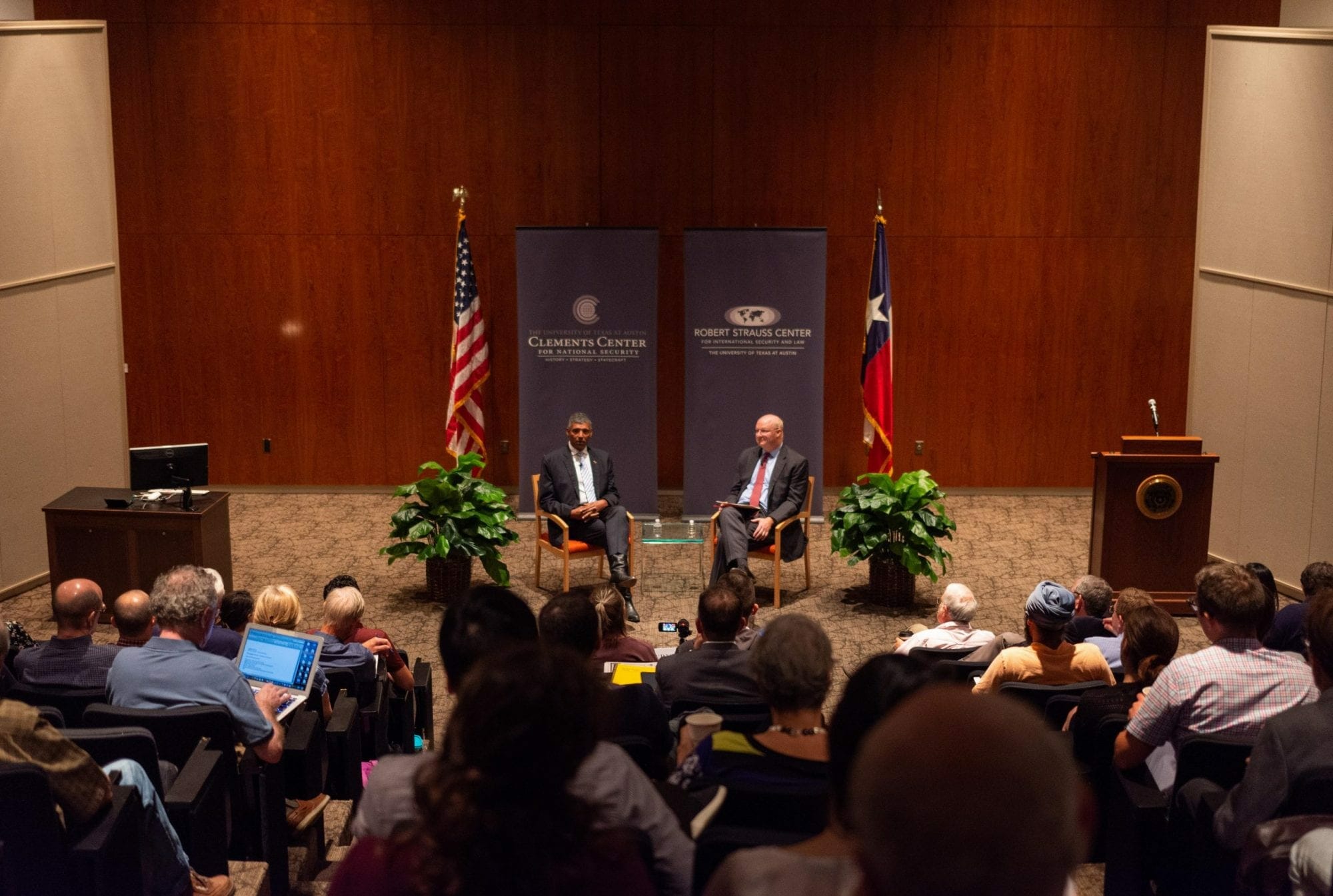 General Brooks, who goes by “Vince,” is a 1980 graduate of the United States Military Academy at West Point, the first class to include women, and he led the 4,000 cadets as the cadet brigade commander or “First Captain.” A history-maker, Brooks is the first African American to have been chosen for this paramount position, and he was the first cadet to lead the student body when women were in all four classes (freshman or “plebe” to senior or “first classman”). He is also the eighth African American in history to attain the military’s top rank—four-star general in the United States Army. Widely respected as a speaker and leader of cohesive, innovative organizations, within and beyond the military, his areas of expertise include leadership in complex organizations, crisis leadership, and building cohesive trust-based teams, national security, policy, strategy, international relations, military operations, combating terrorism and countering the proliferation of weapons of mass destruction, diversity and inclusion. He is a combat veteran and a member of the Council on Foreign Relations.

He has a Bachelor of Science in Engineering from the US Military Academy at West Point; a Master of Military Art and Science from the prestigious US Army School of advanced Military Studies at Fort Leavenworth, Kansas; was a National Security Fellow at the Harvard University John F. Kennedy School of Government; and holds an honorary Doctor of Laws from the New England School of Law. Vince is from a career military family and claims Alexandria, Virginia as home given the long roots in maternal and paternal branches of the family tree. He is married to Carol P. Brooks, MA, DSc. a retired physical therapist and currently an adult educator. Brooks recently retired from the US Army after over 38 years of service and the two currently reside in Austin, Texas.