On Monday, April 2, 2018, the Robert Strauss Center welcomed Dr. Gabriella Sanchez, Research Fellow at the Migration Policy Centre at the European University Institute in Florence, Italy, for a talk on U.S.-Mexico border security and migration. The talk is part of the Strauss Center’s Mexico Security Initiative Speaker Series.

Migrant smuggling along the US-Mexico border has generated vast amounts of interest in policy, academic, and law enforcement circles. Assessments, however, often provide decontextualized and partial characterizations of the social realities of the region and its people. The presentation summarized the findings of a participatory research project carried out in El Paso, Texas and Ciudad Juarez, Mexico in 2017 on the roles boys, girls, and adolescents play in the facilitation of irregular border crossings. 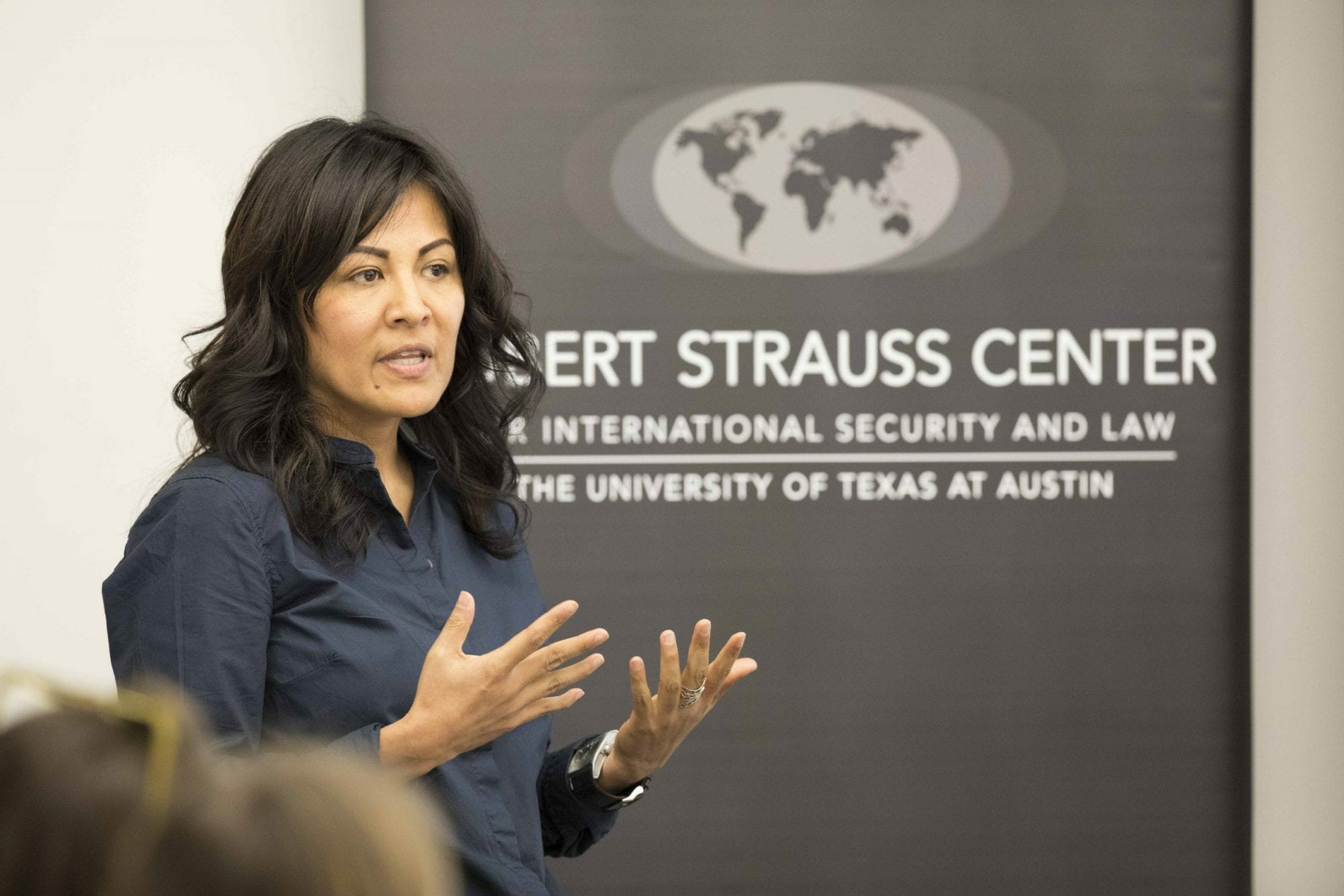 While transborder human smuggling may be a visible, well-publicized problem, much of the research on human smuggling focuses on connections to transnational organized crime rather than local, personal experiences. Dr. Sanchez’ project avoids the hyper-representation of drug-related violence along the U.S.-Mexico border by demonstrating that most children and youth involved in human smuggling are not forced to do so, but rather resort to smuggling migrants as a result of lacking economic and educational opportunities, and to support their loved ones. 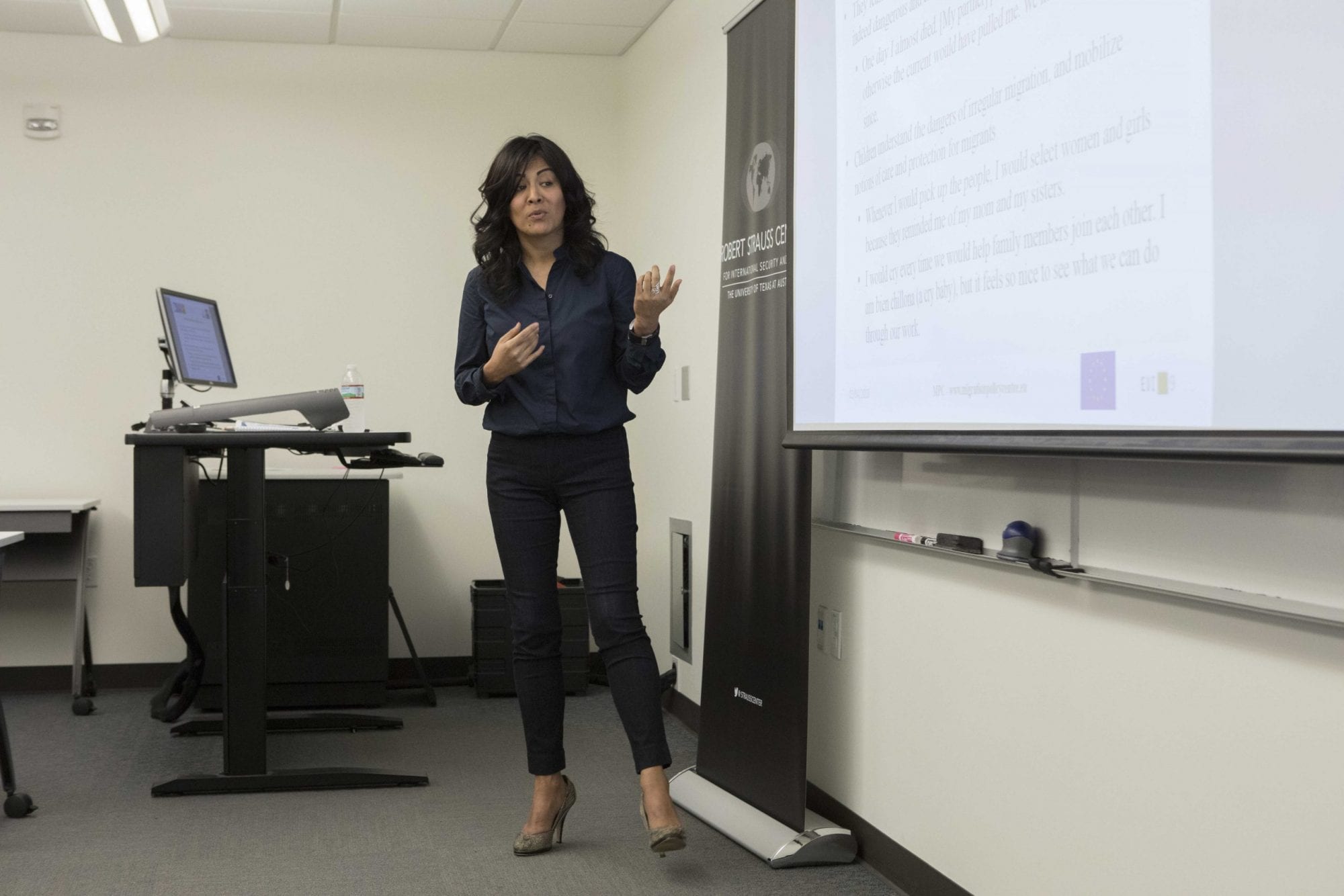 Dr. Sanchez frames smuggling first and foremost as a form of labor, albeit a risky and illegal form of labor. Most recruitment occurs among family and friend networks. Some children and youth transition in and out of smuggling activity, which provides private goods for children and youth that include social recognition in their networks, the ability to profit from their knowledge of geography and landscapes, and a relatively high salary. According to Dr. Sanchez’ research, none of the youth she interviewed carried guns or participated directly in violence; nor were they connected to other criminal markets such as drug trafficking. 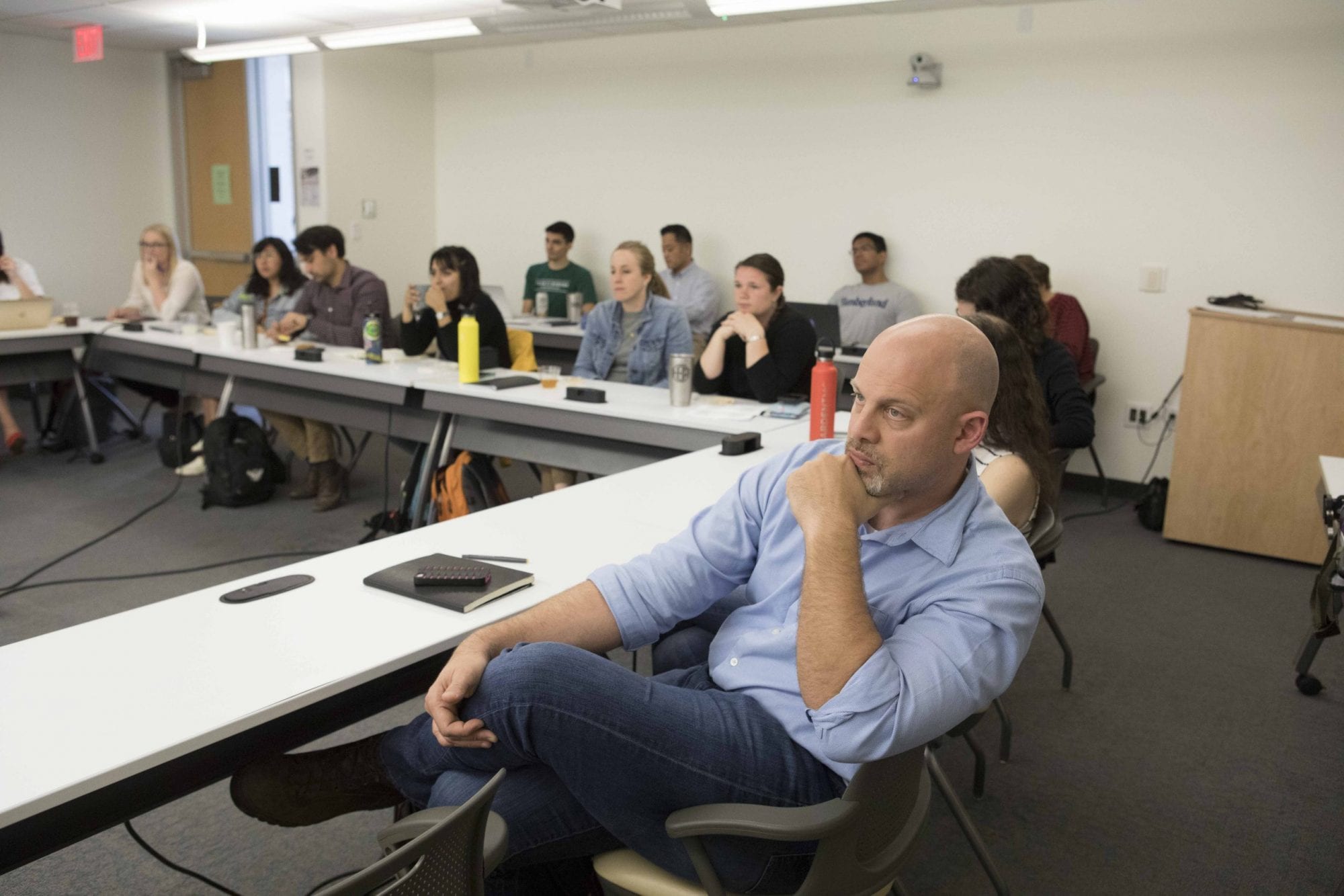 Dr. Sanchez recommended, as a first policy step, for Border Patrol and ICE agents to provide children and youth with protection and privacy when they are detained, rather than engaging in behavior such as questioning them in public that could produce harmful consequences for the children in their networks. 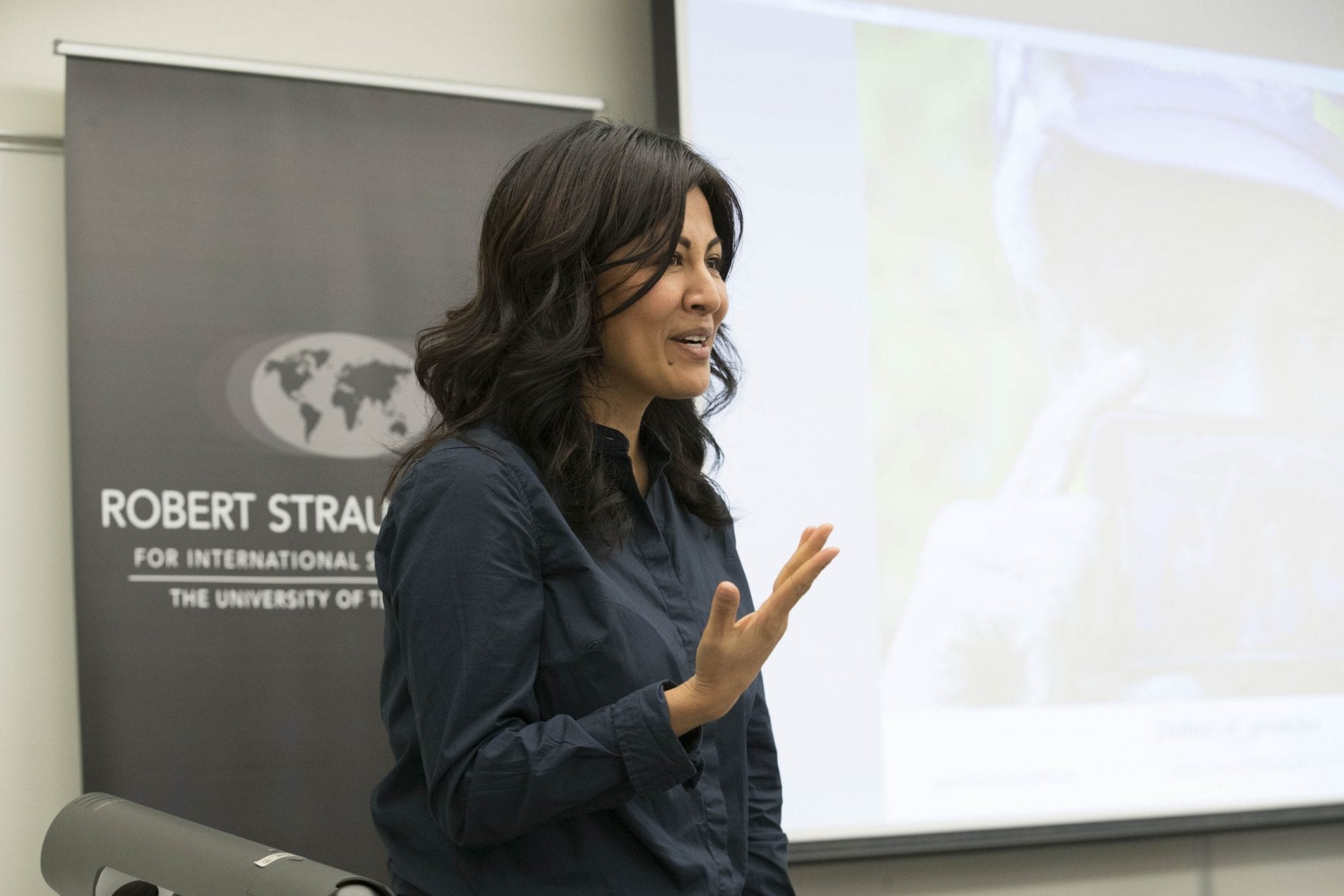 A socio-cultural anthropologist by training, Dr. Sanchez researches illicit and criminalized forms of labor. Her ethnographic work has primarily explored the social organization of migrant smuggling relying on participatory research conducted alongside, and by, smuggling facilitators themselves. She is the author of Human Smuggling and Border Crossings (Routledge, 2015) which examines the daily lives of smuggling facilitators on the U.S.-Mexico Border, and was a finalist to the International Association for the Study of Organized Crime’s 2015 Book of the Year Award. Her current project explores the convergence of human smuggling and other illicit markets and the participation of women, children, and teenagers in irregular migration facilitation. Along with Luigi Achilli (EUI-Florence) and Antje Missbach (Monash) Gabriella is a convenor to the Smuggling Workshop, an international collective of smuggling and trafficking researchers conducting empirically-informed research on clandestine and irregular migration facilitation. She has previously held research posts at the University of Texas-El Paso, Wellesley College, Hebrew University, Monash University, and the University of Maryland.