Climate Change Impacts as a Catalyst for Conflict

The Robert S. Strauss Center for International Security and Law, the Energy Institute, and the British Consulate-General welcomed Lt General Ken Eickmann, USAF (Ret.), and Rear Admiral Neil Morisetti, British Royal navy (Ret.), to a panel discussion moderated by Strauss Center Associate Director Ashley Moran. The discussion explored the national and international security implications of climate change, as well as the actions undertaken by policymakers both in the United States and in the United Kingdom. 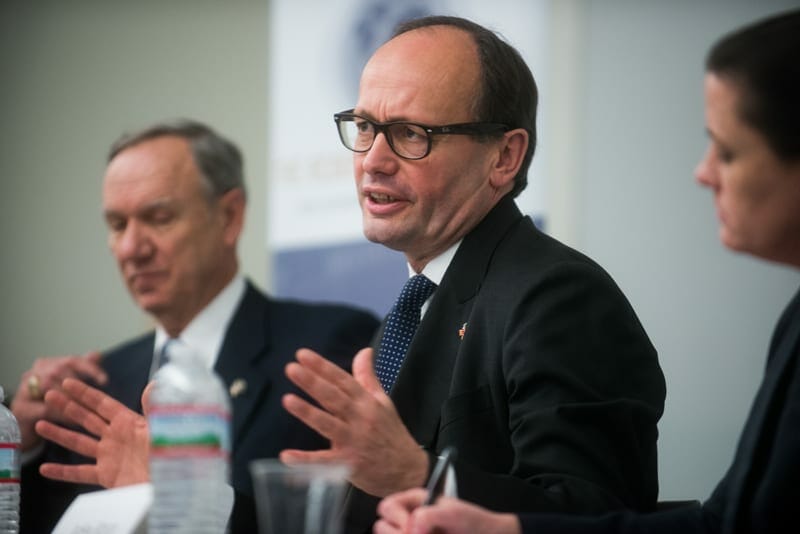 According to Admiral Morisetti, the 21st century is not only facing traditional security threats—like those posed by the conflicts in Eastern Europe and the Middle East—but is increasingly challenged by nontraditional threats brought about by the impact of climate change. Unfortunately, those areas of the world most affected by changes in climate are already the most vulnerable ones. In these places, governments lack the capacity to address climate change-derived poverty and resource shortages, and conflicts are thus more likely to erupt.

While some might argue that developed nations are immune to these problems, Admiral Morisetti explained, this is not necessarily true. Climate change is already affecting the supply of raw materials to developed nations’ industries, particularly due to volatile prices and disruptions to supply chains. Moreover, these industries require markets in which to sell their goods. If more areas of the world are affected by climate change, market availability will be reduced. 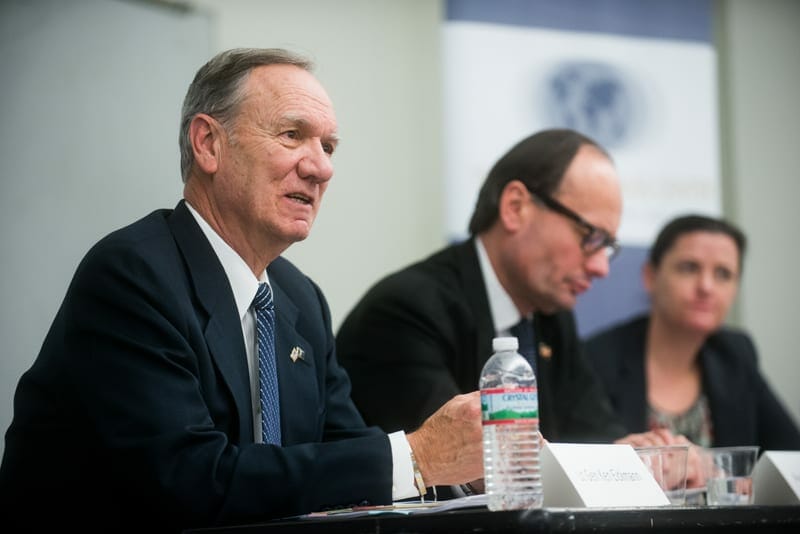 Beyond economic impacts, Lt General Eickmann added, in such an interdependent world, climate change is a national security threat. On the one hand, climate change is a “threat multiplier,” as exemplified by the case of Syria. The droughts in the region generated instability that worsened the already fragile security situation. But climate change can increase tensions even in stable regions. Natural disasters are likely to happen in developed countries as well, stretching  national security efforts and resources for humanitarian assistance or disaster response. 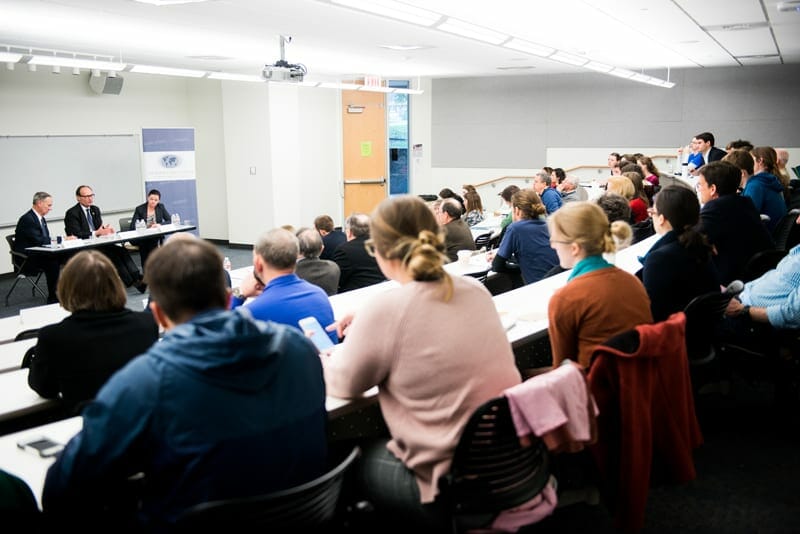 There is no security solution to climate change problems. Since climate change affects geopolitical stability and wellbeing, however, the military has a role to play in conflict resolution and capability enhancement strategies. As Admiral Morisetti suggested, the military sectors in developed countries can assist in building capacity and resilience in vulnerable countries through targeted and well-tailored programs. If prosperity is generated in these states, people will be less likely to engage in climate change-related conflict and migration. The military will require the joint efforts of the private sector, non-governmental organizations, and domestic governments in order to achieve successful strategies.

Lt General Ken Eickmann, USAF (Ret.), serves as Deputy Director of the Center for Energy Security at the University of Texas at Austin. At the request of the US Air Force and the US Department of Defense, General Eickmann recently chaired three committees for the National Academy of Sciences and the National Research Council focused on energy efficiency and reducing US dependence on foreign sources of fuel.

Ashley Moran (moderator), serves as Associate Director of the Robert S. Strauss Center for International Security and Law, and Director of the Center’s Climate Change and African Political Stability Program. She is co-author of a recent paper, Climate Change and Security in Africa, exploring how localized data can assist policymakers in assessing links between environmental patterns and violence and in designing policy responses.