Democratic Progress, Backsliding, and Transition in the Balkans

On Thursday, February 8, 2018, the Robert Strauss Center welcomed Ivana Cvetkoviƒá Bajroviƒá, Associate Director for Europe at the National Endowment for Democracy, and Jasmin Mujanoviƒá, Fellow with the EastWest Institute and a policy consultant at the regional office of the Friedrich Ebert Foundation in Sarajevo, for a talk on emerging democratization in the Balkans. The talk is part of the Strauss Center’s Brumley Speaker Series, and free and open to the public.

Photos of the event can be found here and a video of the talk is available here.

Mujanoviƒá opened the discussion by highlighting the current situation in the region and presenting his new book, Hunger and Fury: The Crisis of Democracy in the Balkans. In particular, Mujanoviƒá noted that in light of the Brexit vote in the U.K. and Donald Trump’s election in the U.S., the Balkan region could similarly be characterized as witnessing a rise in illiberalism. 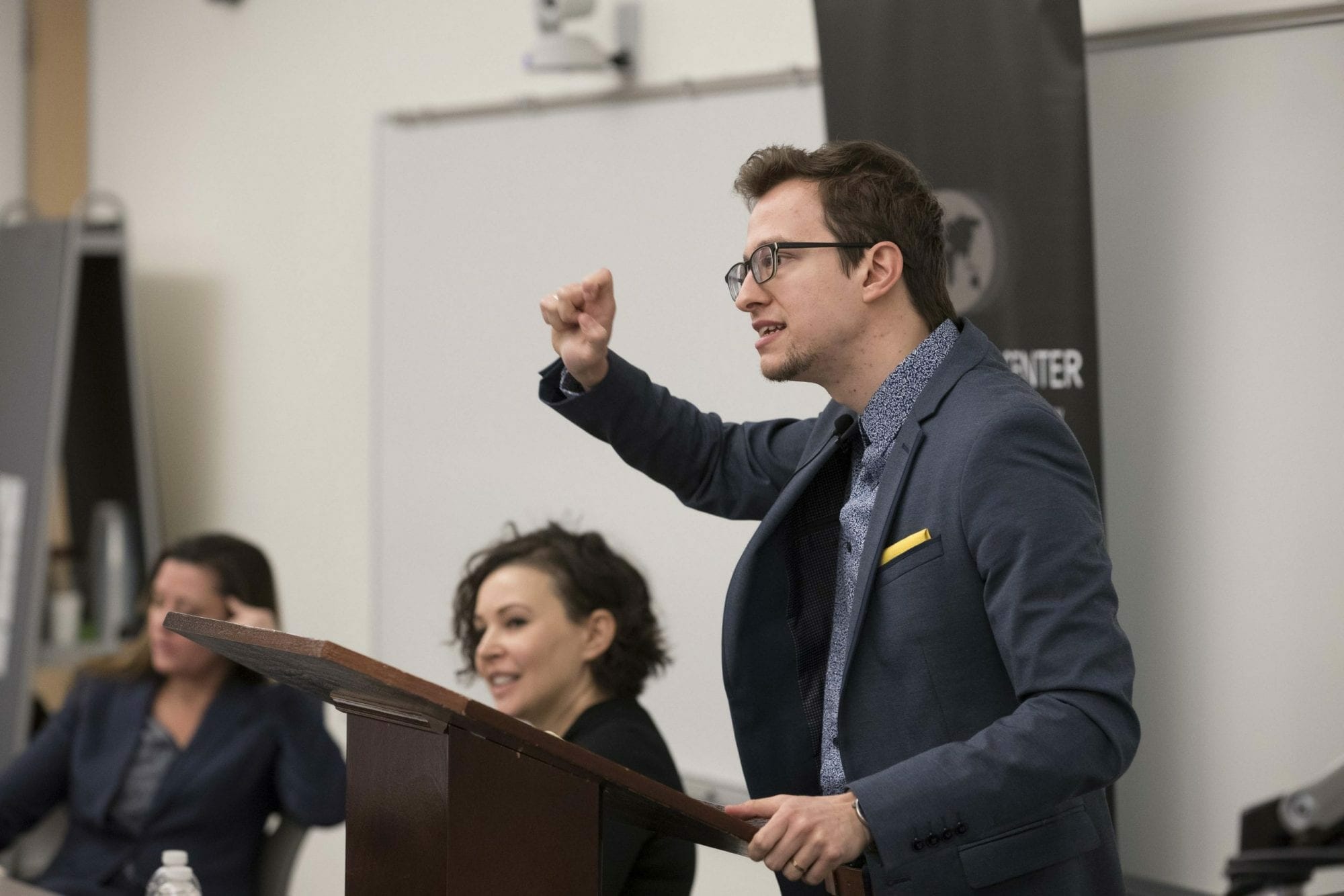 According to Mujanoviƒá, the Balkan region faces two scenarios at the moment. First, corrupt politicians could continue to gain ground and remain in power as they have since the 1990s with more over support from external authoritarians such as Russia, Turkey, China, and the Gulf States. The second scenario envisions emerging protests, social movements, and civil society retaliating against such authoritarian politics. 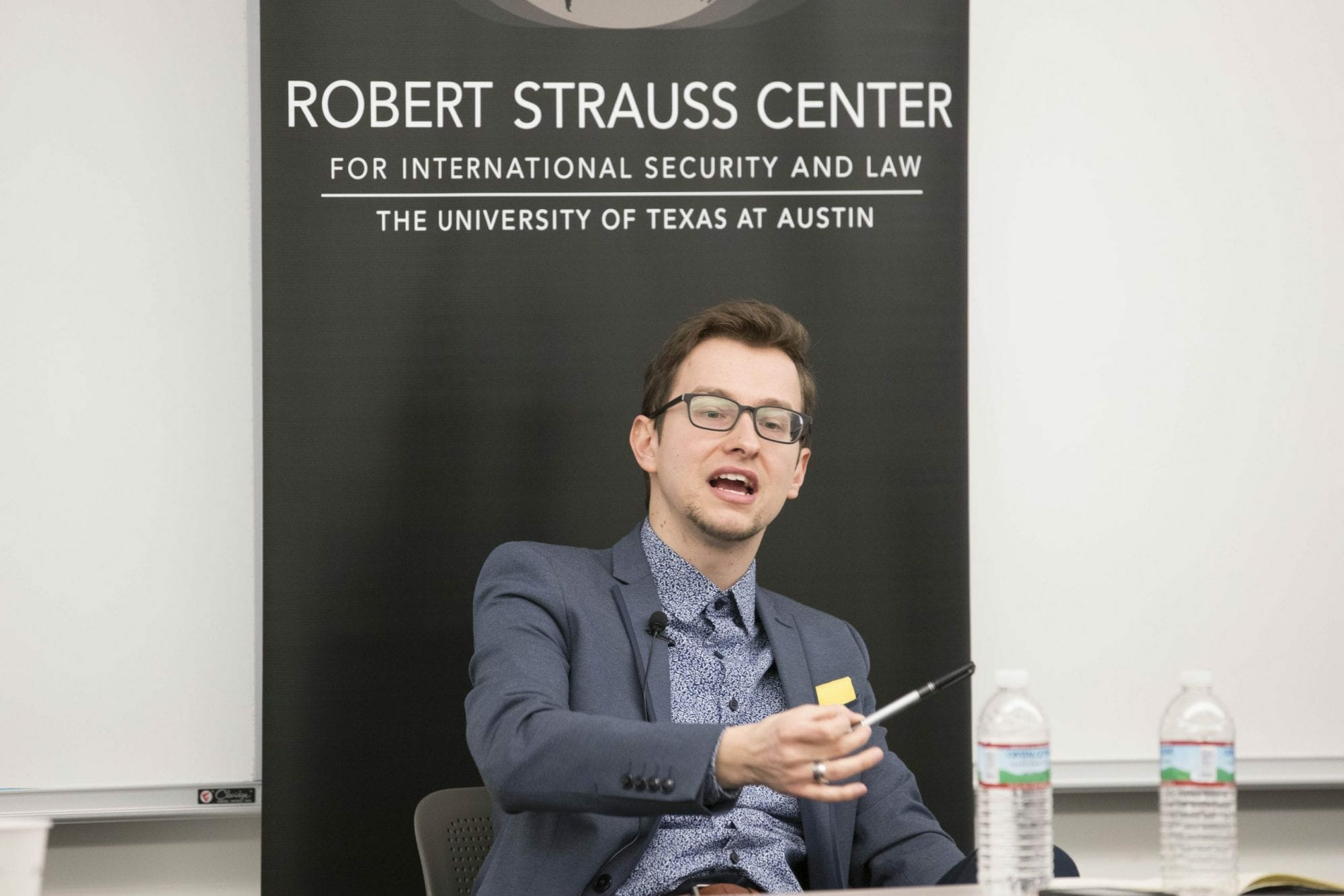 This process has begun with protests in Slovenia, Bosnia, Serbia, and the successful civil society and activist led change in government in Macedonia. Mujanoviƒá noted that the lack of elite transition, the overall economic situation, and the EU’s focus on stability rather than democratization fueled citizens’ rage. 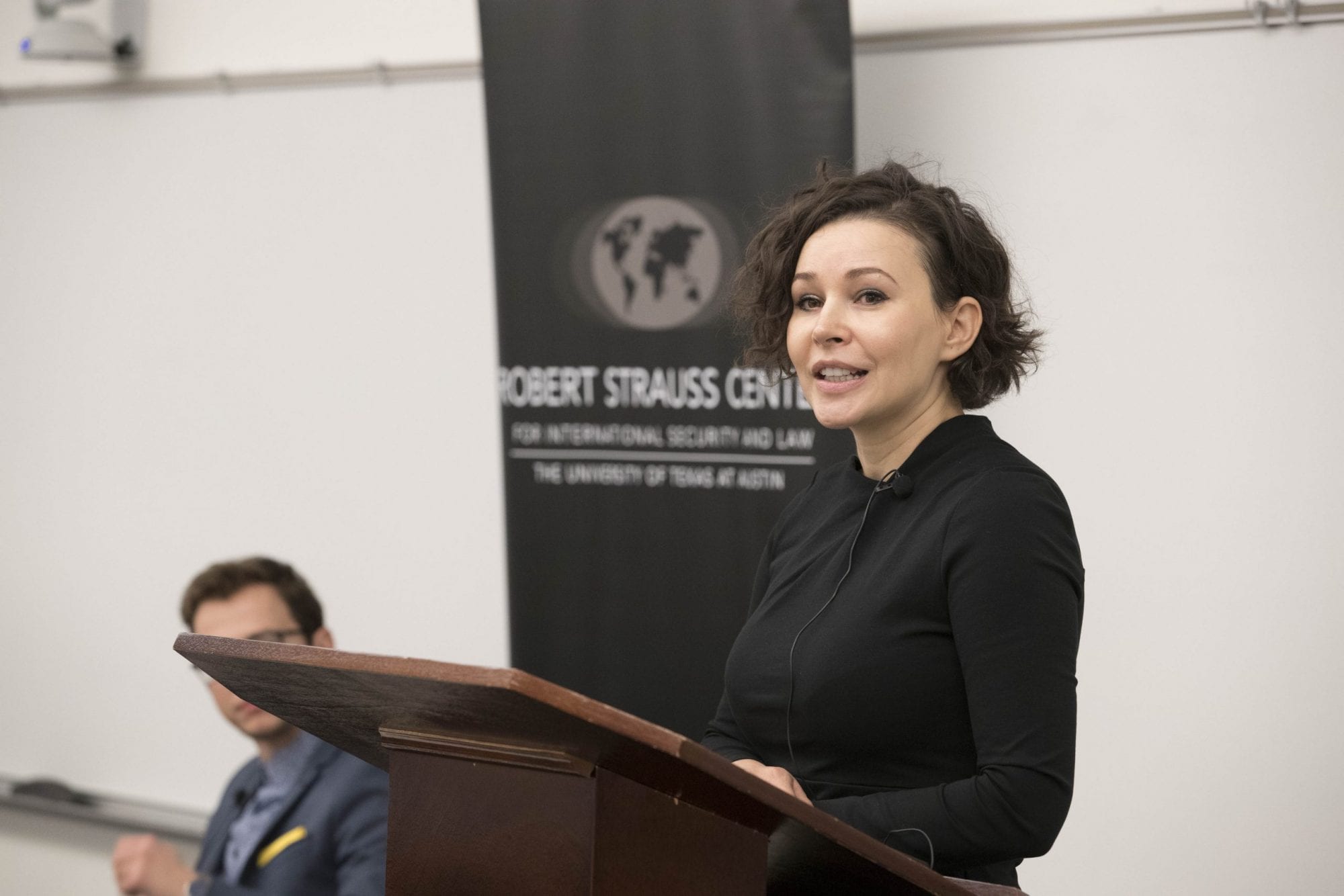 Cvetkoviƒá Bajroviƒá discussed the failures of the international community, particularly the U.S. and EU, in providing democracy assistance to the Balkans. Cvetkoviƒá Bajroviƒá summarized these failures in three points. First, the international community applied lessons learned with the Visegrad states of Central Europe to the Balkans without realizing that the region had a unique post-conflict context. 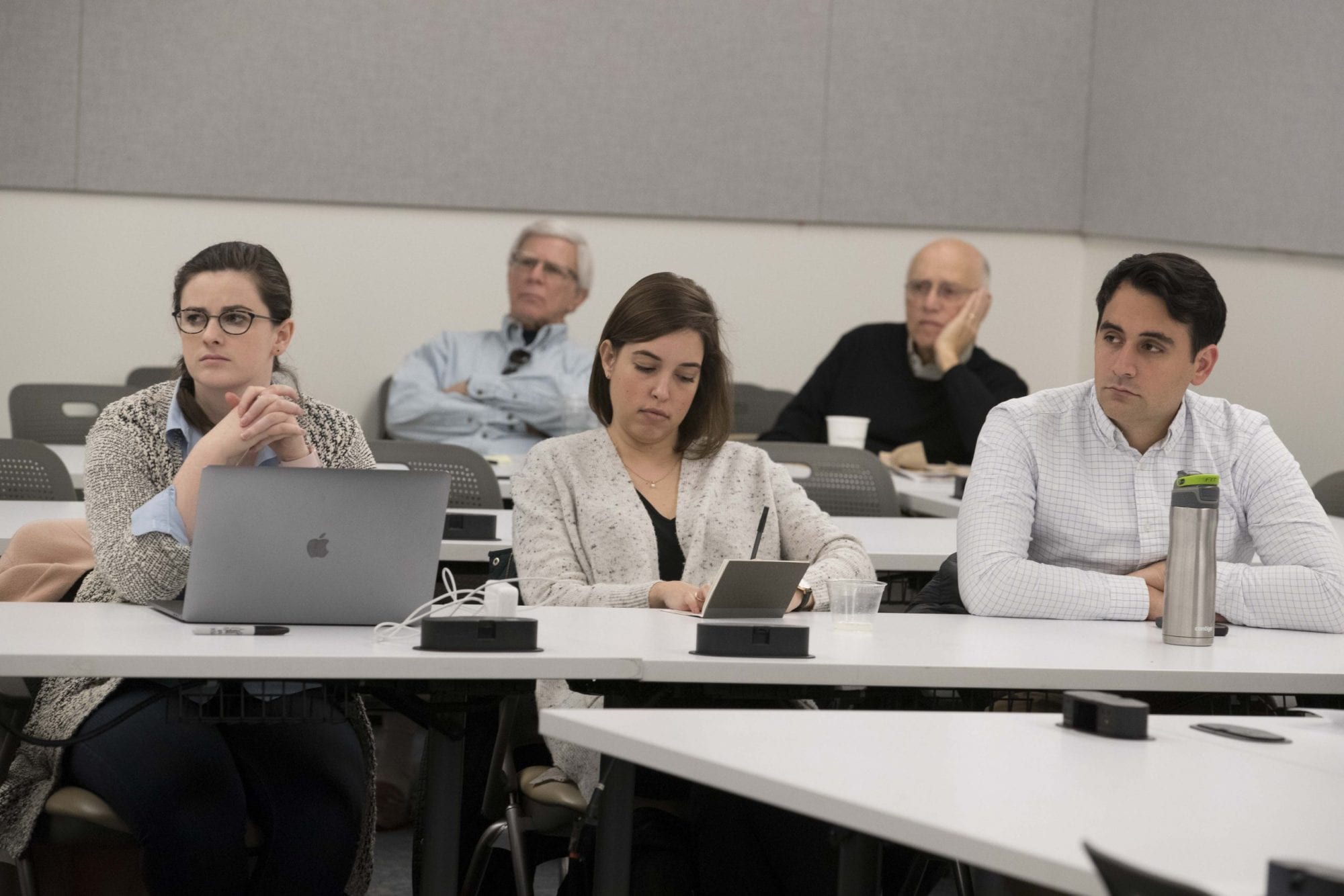 Second, she argued that the international community failed to realize the growing influence of Russia, China, Turkey, and the Gulf states in the Balkans. Finally, she noted that Western policies for democratization in the Balkans were short-term focused due to the nature of aid and assistance whereas the process of fostering democracy is a long-term project. 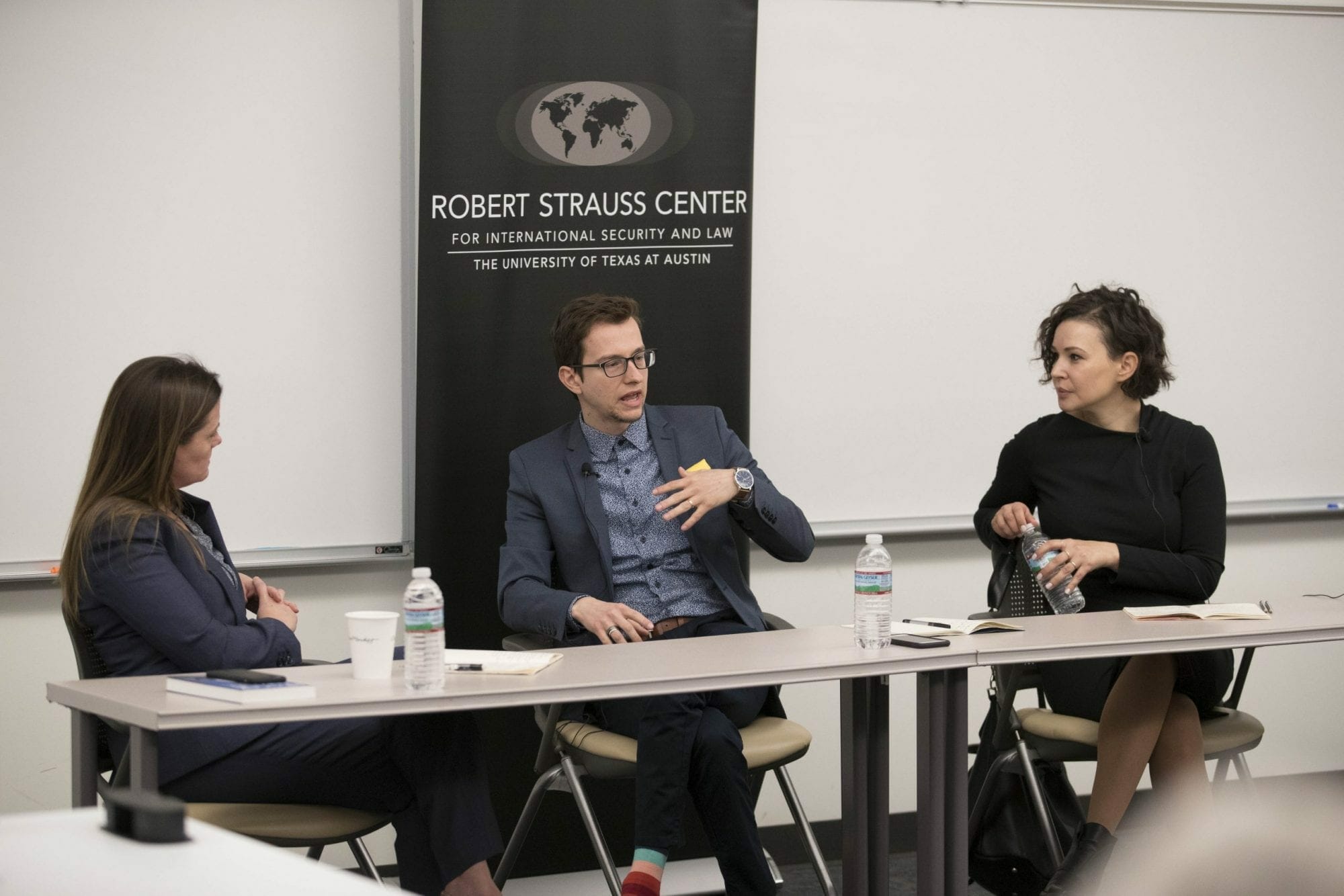 During the Q&A portion of the discussion, led by Ashley Moran of the Strauss Center’s State Fragility Initiative, a lively debate took place about the Balkan region’s integration into NATO in light of Russian meddling across the region. Cvetkoviƒá Bajroviƒá and Mujanoviƒá both argued that a majority of citizens in the Balkans support accession to NATO and that most countries are formally in the process of joining the defense alliance. 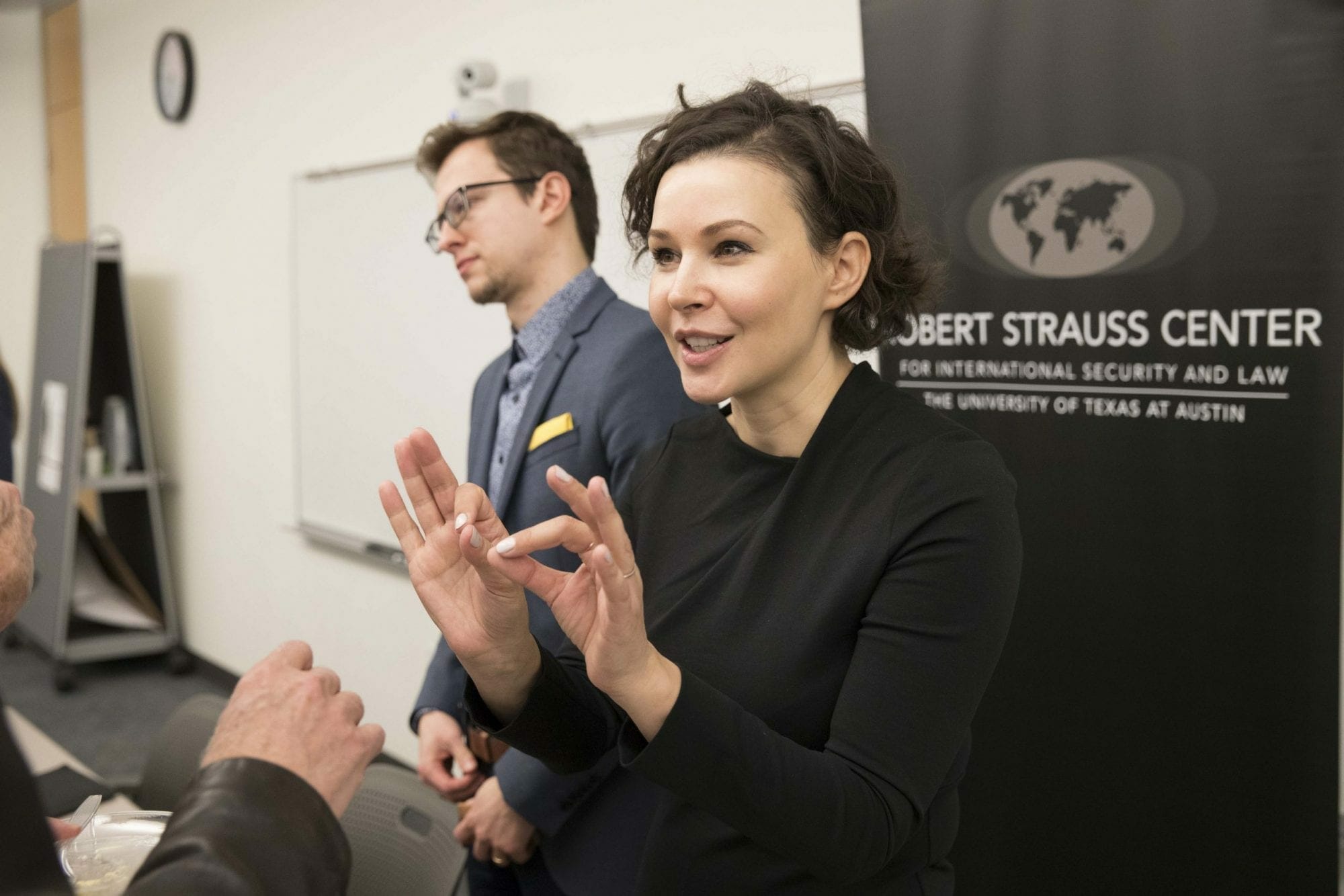 Ivana Cvetkoviƒá Bajroviƒá is the Associate Director for Europe at the National Endowment for Democracy, where she oversees the democracy assistance program in Southeast Europe. Prior to joining NED in 2005, she trained U.S. soldiers deploying to the Balkans, and supported the NATO peacekeeping mission in Bosnia and Herzegovina. She received her Master of Public Administration from Bowie State University and an MA in Democracy and Human Rights from the University of Sarajevo and University of Bologna. Her book Mistakes Donors Make: Civil Society and Democracy Assistance in the Balkans was published in Serbia in 2011.

Jasmin Mujanoviƒá is a political scientist and analyst of southeast European and international affairs, with a particular interest in the politics of post-conflict and post-authoritarian democratization. Presently, he is a policy consultant for the Sarajevo-based regional office of the Friedrich Ebert Stiftung, and the primary researcher and author for Bosnia and Herzegovina and Macedonia for Freedom House’s annual Freedom in the World reports. His first book, Hunger and Fury: The Crisis of Democracy in the Balkans, will be published by Hurst Publishers and Oxford University Press in 2017.