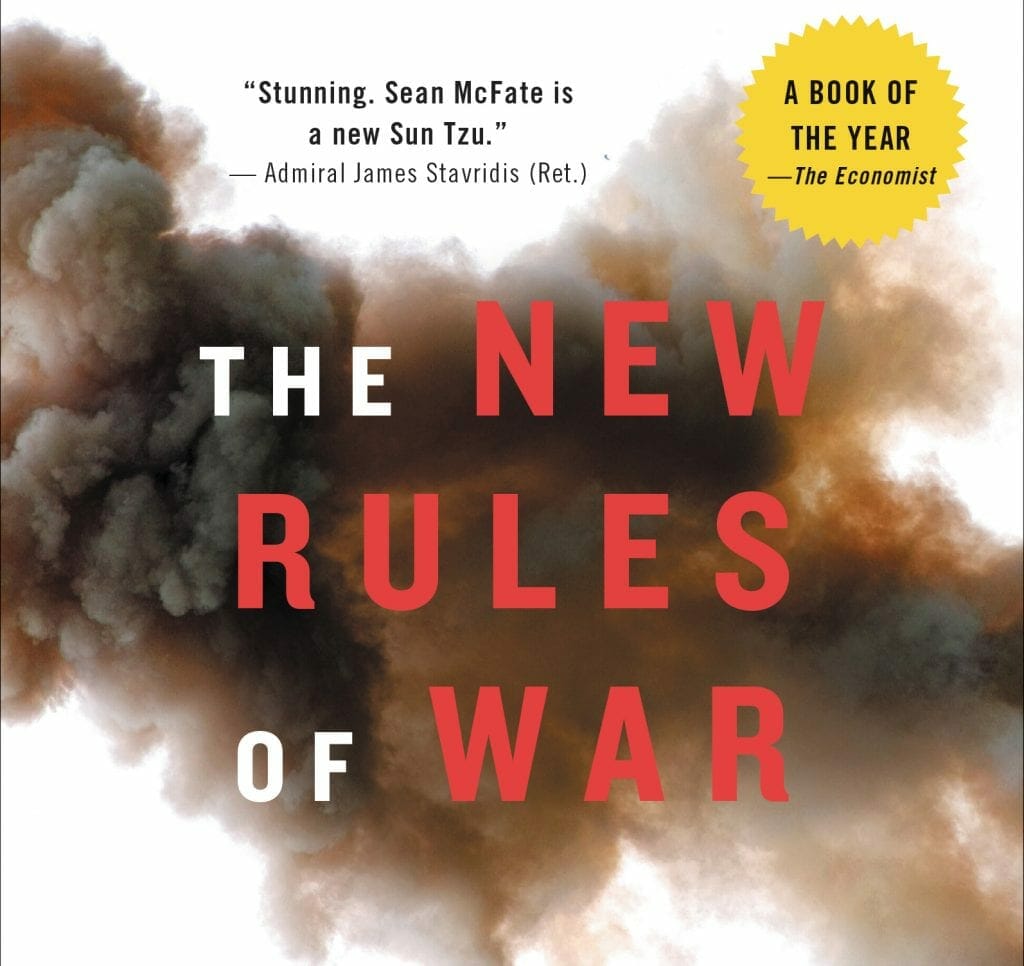 Sean McFate’s “The New Rules of War: How America Can Win – Against Russia, China, and Other Threats”

Registration will open here on February 2. Registration is required. Please note you must have a Zoom account and login to Zoom with the same email address you used to register.

On Wednesday, February 17, the Strauss Center, Intelligence Studies Project, Global Internet Media and (Dis)Information (GIMI) Cluster, and Clements Center for National Security will host Dr. Sean McFate, Senior Fellow at the Atlantic Council and Professor of Strategy at Georgetown University’s School of Foreign Service and National Defense University, for a virtual book talk on his recently released book, The New Rules of War: How America Can Win – Against Russia, China, and Other Threats. The talk will be moderated by Dr. Kiril Avramov, Assistant Professor at the Department of Slavic and Eurasian Studies and associate of the GIMI research initiative for UT-Austin’s Center for Russian, East European and Eurasian Studies.

Dr. Sean McFate is a Senior Fellow at the Atlantic Council and a professor of strategy at Georgetown University’s School of Foreign Service and the National Defense University. He is also an advisor to Oxford University’s Centre for Technology and Global Affairs. McFate is a leading expert on mercenaries and is a regular consultant to the Pentagon, CIA, and Hollywood. His career began as a paratrooper and officer in the U.S. Army’s 82nd Airborne Division. McFate then became a private military contractor. McFate authored The New Rules of War: How America Can Win—Against Russia, China, and Other Threats (Morrow), which was named a “Book of the Year” by The Economist and is included on West Point’s “Commandant’s Reading List.” McFate also authored The Modern Mercenary: Private Armies and What They Mean for World Order (Oxford University Press). He has also written for The New York Times, Washington Post, The Atlantic, The New Republic, Foreign Policy, and Politico. As a scholar, he has authored book chapters in edited academic volumes, and two monographs on modern war for the U.S. Department of Defense. McFate holds a BA from Brown University, MPP from the Harvard Kennedy School of Government, and a PhD in international relations from the London School of Economics.

For questions about this event, please email Kim Nguyen at kimanh.nguyen@law.utexas.edu.