On Saturday, March 11, 2017 at 11:00am, the Strauss Center hosted a SXSW Interactive session exploring the ethical considerations that technologists need to prioritize in the design and development of autonomous and intelligent systems. The panel discussion featured:

Professor Derek Jinks (UT Austin’s School of Law), presents his thoughts
on the law’s role in ethically-aligned design of A.I. 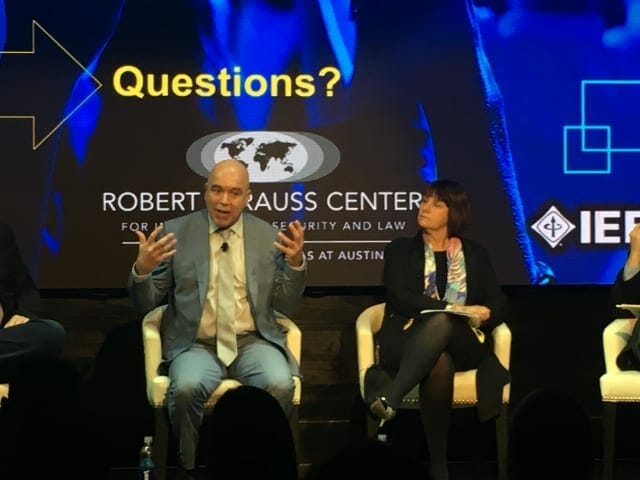 Konstantinos Karachalios (IEEE) describes what he thinks the
role and nature of A.I. will be in five years’ time.

More information can be found at our official SXSW page here.

It is imperative we move beyond the media-hyped fears regarding Artificial Intelligence and Autonomous Systems (AI/AS) to create workable solutions that increase human well being. In 2016, IEEE Global Initiative for Ethical Considerations in Artificial Intelligence and Autonomous Systems was launched as an Industry Connections Program of the IEEE Standards Association. Created as an inclusive, consensus-building program, the mission of the Global Initiative is to ensure every technologist is educated, trained, and empowered to prioritize ethical considerations in the design and development of autonomous and intelligent systems. During our discussion, panelists described and assessed the Global Initiative’s standard setting process and reviewed some of the group’s working recommendations.