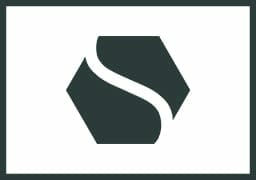 The Post-Guantanamo Era: A Dialogue on the Law and Policy of Detention and Counterterrorism

The Robert S. Strauss Center welcomed John Bellinger, formerly of the State Department’s Office of Legal Counsel, Benjamin Wittes of the Brookings Institute, and Stephen Vladeck, American University Professor of Law on January 28, 2009 to discuss the legal and political issues raised by the closure of Guantanamo Bay.  Following introductory remarks by Dean Lawrence Sager of the University of Texas School of Law, Robert Chesney, Strauss Center fellow, welcomed the panelists.

After providing an overview of various pressing legal issues relating to the detention of enemy combatants, Professor Chesney asked Mr. Bellinger to discuss the possibility of the repatriation of detainees currently held at Guantanamo Bay.  Prior to addressing the issue, Mr. Bellinger stated that he has advocated the closure of Guantanamo Bay to State Department leadership for the past five years.  Mr. Bellinger described the difficult and ongoing process of repatriation, noting that the various nationalities of the detainees, the possibility of the detainees taking up arms once released, and various other factors complicate the repatriation process.

Professor Chesney then asked Professor Vladeck to discuss the possibility of releasing certain detainees into the United States should the detainees either be rejected by their home states or faced with probable mistreatment and abuse at the hands of their respective governments.  Professor Vladeck described how recent case law provides no clear answer on the issue and opined that certain detainees should be admitted to this country by normal procedural channels should they be determined to constitute no threat to the U.S.

On the issue of the seventeen detained Uighurs at Guantanamo, Mr. Wittes emphasized the unique nature of the situation given that the Uighurs represent no threat to the U.S. but were indeed apprehended while training to commit terrorist acts.  The panelists discussed the legal implications of the Uighurs’ situation.

Professor Chesney prompted the panelists to discuss the possibility of prosecuting demonstrably dangerous detainees in federal court.  Mr. Wittes described various evidentiary and jurisdictional issues that make federal prosecution of such detainees problematic.  The panelists dialogued on the issue of jurisdictional authority over detainees apprehended extraterritorially.

Professor Chesney then asked the panelists to give their thoughts on the type of judicial process most appropriate for prosecuting detainees left over from Guantanamo following its closure.  Professor Vladeck expressed his disapproval of the establishment of “Àúnational security courts.’  As the discussion broadened to address the legal framework necessary to detain enemy combatants, Mr. Wittes and Mr. Bellinger described various complications that arise when trying to fit members of the Taliban and al Qaeda into our domestic legal system and discussed the value of a “Àúnational security court.’

Professor Chesney then invited the audience to ask questions of the panelists.  The panelists fielded questions on the political implications of detaining enemy combatants, the applicability of asylum doctrine to Guantanamo detainees, and the problems raised by the assertion of extraterritorial jurisdiction.

Watch the full presentation below: