A study by Strauss Center scholars provides robust new data on where—and how—fragility and climate risks combine to make populations more vulnerable to humanitarian emergencies and instability across the globe.

“With increasing aid investments and security assistance in states affected by localized conflict, political upheaval, and humanitarian crises, there has been a convergence of interventions in fragile states. Yet the relationship between these varied threats and interventions in this context is exceedingly complex,” said Ashley Moran, director of the Strauss Center’s State Fragility Initiative and lead investigator on the study. “Knowing the specific ways that fragility and climate risks intersect can help assess how policies promoting peace, political stability, and resilience can be best designed to positively reinforce each other and reduce both the fragility and climate risks that can contribute to instability in these countries.”

The study report, The Intersection of Global Fragility and Climate Risks, identifies the locations where fragility and climate risks co-occur in significant ways around the world. It reveals that most highly fragile states—where institutions and mechanisms for meeting public needs are already strained—have a large number of people or large share of the population facing high climate risks, adding challenges that can exceed state capacity and societal resilience.

The global findings—along with country briefs exploring how compound fragility-climate risks take shape in different contexts in Bangladesh, Colombia, and Nigeria—provide new data on the role of fragility in the indirect pathways between climate risks and a range of potential security threats.

“By seeing where climate hazards and state fragility come together, we can identify countries—and areas within them—that should be of concern to the international community. While the maps are appealing, other metrics, like percent of the population or share of the territory facing very high exposure, can surface other countries that are less visible from a global perspective,” said Joshua Busby, associate professor of public affairs at UT’s LBJ School of Public Affairs and a lead researcher on this study. “It is this global portrait with different ways of getting at exposure and fragility that we hope makes this study useful.”

Commissioned by the U.S. Agency for International Development (USAID), the study is the first publicly available quantitative effort to map the intersection of fragility and climate risks, providing new data and tools to identify compound fragility-climate risks and associated opportunities for intervention. These new tools include: 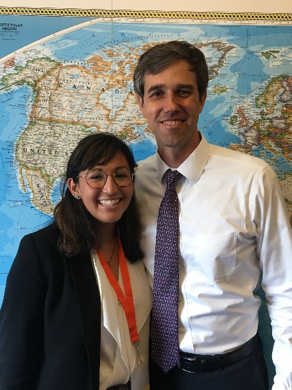 “The risks of instability in particular states are embedded in forms of governance and political competition locally, nationally, and regionally—all of which can be affected by the strains that climate stress and fragility can place on people and their governments,” said Clionadh Raleigh, professor of political geography and conflict at the University of Sussex, director of the Armed Conflict Location and Event Data project, and a lead researcher on this study.

To understand these interrelated risks, the study combines detailed assessments of subnational climate risks, population exposure to those risks, state and societal capacity to address them, and instabilities that undermine that response capacity. Findings identify countries with the highest compound fragility-climate risks relative to the rest of the world, as well as the nature and implications of those combined risks within countries, highlighting opportunities and focal points for intervention.

The study was commissioned by the USAID Office of Conflict Management and Mitigation to support USAID in further integrating fragility and climate considerations into U.S. foreign policy, designing development policies and programs in fragile states, and engaging in a variety of multilateral initiatives. It builds on the groundbreaking G7-commissioned work, A New Climate for Peace, that developed an integrated framework for compound fragility-climate risks.

More information is available online about the Strauss Center’s programs on state fragility, complex emergencies in Asia, and climate security in Africa.