Keep up with us - and subscribe to stay in the know!

Beginning in August 2018, the Mexico Security Initiative’s Policy Research Project has been working with FM4 Paso Libre, an NGO that offers humanitarian assistance to migrants in transit and also conducts research on migration in Mexico. The 16 graduate students in the class are conducting research on four timely topics, including 1) the integration of refugees into Mexican society; 2) the challenges for unaccompanied children; 3) the current state of migration detention centers; and 4) the legacy of the country’s 2014 migratory enforcement policy Programa Frontera Sur.

To gain a deeper understanding of Central American transit migration through Mexico, 14 graduate students from LBJ and LLILAS spent a week in Guadalajara, volunteering at FM4 Paso Libre. During the two trips, the students had the opportunity to meet with Central American migrants transiting Mexico and members of Mexico’s civil society who provide humanitarian aid to migrants and influence policymaking.

PRP student Sam Lee: “For me, the biggest take away was getting to see how varied migration can be. We tend to get think of Central American migration in Mexico as those leaving their countries and heading north to the U.S. And while this was true of most, there were plenty of people that didn’t fit this narrative. Some of the people that we met at the shelter were indeed heading north, but just to northern Mexico where the economy is better and they hoped to find work. Others were actually heading south, having already been to the U.S. border and electing to turn back rather than deal with the chaos at the ports of entry. And a surprisingly large portion of those at the shelter really didn’t have a definite plan—they were truly taking it one day at a time.”

The students assisted in various activities at the shelter, including cooking food for the migrants in the shelter, conducting intake interviews, providing them with new clothing, and helping to manage the general operations.

“There is nothing simple or straightforward about [these issues] – our experience at the shelter had ups and downs, and we had beautiful interactions with people and some pretty questionable ones as well (with both staff members and migrants). There is not going to be a one-size fits all approach that can “fix the problem,” we need to be flexible and creative in thinking through the many issues and people that might be impacted when designing policy,” says Lisa Preminger.

These trips to Guadalajara aim to provide the students with a more intangible understanding of migration and go beyond the official reports and statistics. Instead the students have the opportunity to listen first-hand to migrants’ personal experiences and challenges while traveling through Mexico.

Holly Buttress elaborates: “Our trip to Guadalajara humanized the data we work with. So often we put numbers into excel and they exist as that – numbers. But, while volunteering at FM4 Paso Libre, we met people. People with stories, histories, aspirations, and motivations that are sometimes tragic, sometimes terribly heavy, but also often full of hope. This trip has reshaped my relationship to the data that I’m working with in the PRP and will absolutely influence the kind of policy recommendations that I and my group will bring forward by the end of the semester.”

Carlos Hornedo explains what the PRP students learned on the trip: My biggest takeaway from my experience at FM4 was the importance of seeing an issue on the ground. Policymakers often formulate policy decisions from a 10,000 ft. perspective without getting a firsthand look at an issue and the people and organizations it affects. Volunteering at FM4 put me at the core of the Central American migration crisis to understand why individuals made the decision to leave everything in search of a better life in the United States.” 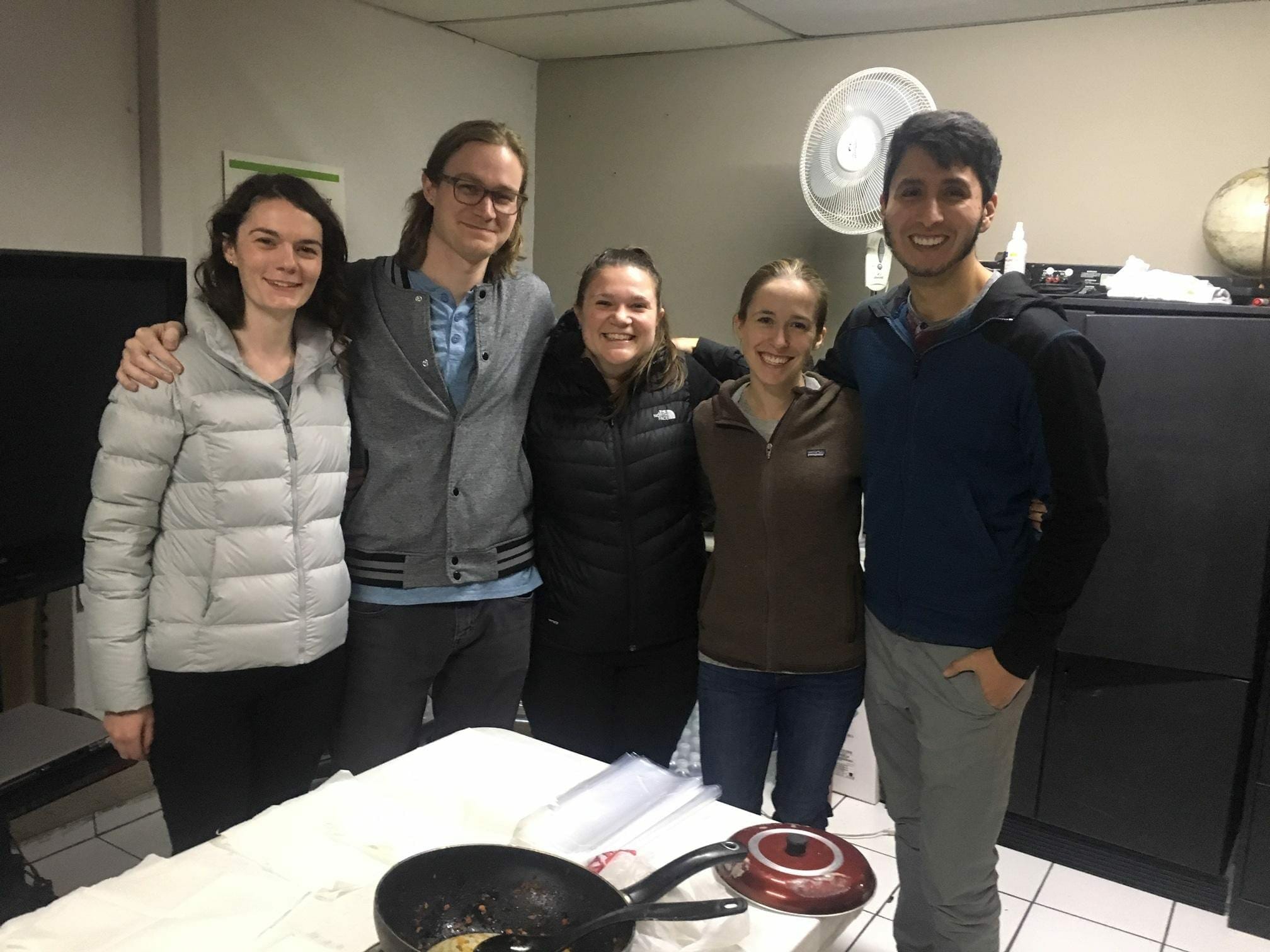