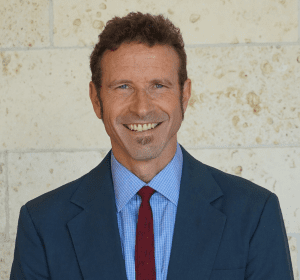 Alan J. Kuperman is Associate Professor of Public Affairs at the LBJ School of Public Affairs, University of Texas at Austin, where he teaches courses in global policy studies and is coordinator of the Nuclear Proliferation Prevention Project (www.NPPP.org). His research focuses on ethnic conflict, nuclear nonproliferation, and U.S. military intervention. Dr. Kuperman is author of The Limits of Humanitarian Intervention: Genocide in Rwanda (Brookings, 2001), editor of Plutonium for Energy? Explaining the Global Decline of MOX (Austin: NPPP, 2018), editor of Constitutions and Conflict Management in Africa: Preventing Civil War Through Institutional Design (University of Pennsylvania Press, 2014) and Nuclear Terrorism and Global Security: The Challenge of Phasing out Highly Enriched Uranium (Routledge, 2013), and co-editor of Gambling on Humanitarian Intervention: Moral Hazard, Rebellion and Civil War (Routledge, 2006). His articles have appeared in journals and newspapers including Foreign Affairs, International Security, and The New York Times, he has chapters in many edited volumes, and he frequently appears on television and radio.

During 2002-2005, Dr. Kuperman was Resident Assistant Professor and coordinator of the International Relations program at the Johns Hopkins University School of Advanced International Studies (SAIS) in Bologna, Italy. In 2009-2010, he was a fellow at the Woodrow Wilson International Center for Scholars, in Washington, DC. In 2013-2014, he was a senior fellow at the U.S. Institute of Peace, in Washington, DC. Prior to his academic career, Kuperman worked as Legislative Director for Congressman Charles Schumer, Legislative Assistant for U.S. House Speaker Thomas Foley, Chief of Staff for Congressman James Scheuer, Senior Policy Analyst for the nongovernmental Nuclear Control Institute, and fellow at the U.S. Agency for International Development. He holds an A.B. in Physical Sciences from Harvard University, an M.A. in International Relations and International Economics from SAIS, and a Ph.D. in Political Science from the Massachusetts Institute of Technology.