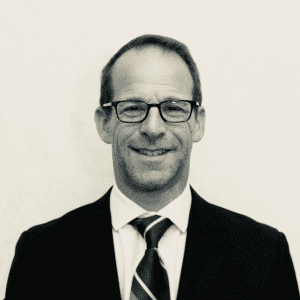 Eric Greenwald previously served as Senior Director for Cybersecurity on the National Security Council Staff, where he led a team to develop national policy and coordinate cybersecurity efforts across the federal government on matters of international policy, national security, intelligence, law enforcement, and incident response. In that capacity he advised on legislative and regulatory matters and works with technology sector and privacy groups to shape U.S. government policy reforms of surveillance authorities and practices.

Previously, Mr. Greenwald served as the Principal Deputy Director of the FBI’s National Cyber Investigative Joint Task Force (NCIJTF). At the NCIJTF, he was responsible for developing the vision, strategy, and mission for the Task Force and for coordinating national security cyber operations across all federal agencies, including law enforcement, the intelligence community, State Department, and the Department of Defense.

Mr. Greenwald came to the FBI following a two-year assignment as the Deputy Director of Operations at U.S. Cyber Command, where he provided legal and policy guidance to senior leadership on operating and defending Department of Defense networks and conducting both defensive and offensive cyber operations.

Prior to his service in the Executive Branch, Mr. Greenwald worked on Capitol Hill, where he was Chief Counsel for the House Permanent Select Committee on Intelligence (HPSCI), responsible for drafting national security legislation and conducting investigations of covert action programs. He served as the principal drafter for the House of Representatives on legislation reforming the Foreign Intelligence Surveillance Act and was the lead HPSCI liaison to the Judiciary and Energy & Commerce Committees for telecom legislation.

Mr. Greenwald has previously served as an Attorney Advisor with the Central Intelligence Agency’s Office of General Counsel and in the National Security Law Unit of the Federal Bureau of Investigation, where he focused on counterterrorism and international computer crime.

In the private sector, Mr. Greenwald has worked as a litigator and an international trade lawyer with the law firms Steptoe & Johnson and Shearman & Sterling, respectively. More recently, he worked as an associate producer for the CBS News program “60 Minutes” and as an editor for National Public Radio.

Mr. Greenwald received his bachelor’s degree in international relations from Yale University and his law degree from the University of Michigan Law School.