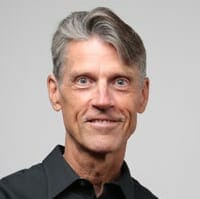 Henry William Brands was born in Oregon, went to college in California, sold cutlery across the American West, and earned graduate degrees in mathematics and history in Oregon and Texas. He taught at Vanderbilt University and Texas A&M University before joining the faculty at the University of Texas at Austin, where he holds the Jack S. Blanton Sr. Chair in History. Professor Brands writes on American history and politics and has written twenty-eight books, coauthored or edited seven others, and published dozens of articles and scores of reviews. He lectures frequently on historical and current events, and can be seen and heard on national and international television and radio programs. His articles have appeared in the New York Times, the Wall Street Journal, the Washington Post, the International Herald Tribune, the Boston Globe, the Atlantic Monthly, the Smithsonian, and many other newspapers, magazines and journals. Several of his books have been bestsellers. Traitor to His Class and The First American were finalists for the Pulitzer Prize; The Man Who Saved the Union won the William Henry Seward Award; The Age of Gold was a Washington Post Best Book of 2002 and a San Francisco Chronicle bestseller; Andrew Jackson was a Chicago Tribune Best Book of 2005 and a Washington Post bestseller; and What America Owes the World was a finalist for the Lionel Gelber Prize in international affairs. His writings been translated into Spanish, French, German, Russian, Chinese, Japanese, Korean, and Ukrainian. Brands is also a member of various honorary societies, including the Society of American Historians and the Philosophical Society of Texas.