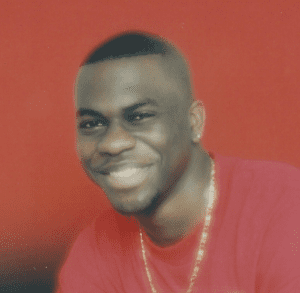 Kelvin Smith first became acquainted with cybersecurity during his time in the United States Navy.  In this capacity, he served as an Information Systems Technician (IT) aboard the U.S.S. Blueridge, the command and control ship for the United States Seventh Fleet.  In addition to operating highly complex information systems and exercising control over top-secret material, Kelvin participated in military exercises with allies in the region, such as Australia, Japan, and South Korea.  All of this came with the presence of both China and North Korea in the theatre, making cybersecurity of paramount concern.  After completion of his military obligation, Kelvin returned to his hometown of Houston, Texas for the purpose of furthering his education.  He received his B.B.A. in accounting from the University of Houston in 2007 with high honors, and then subsequently his Juris Doctorate (JD) from the University of Texas School of Law in 2011.

Having developed an interest in preserving energy and environmental resources for present and future generations, Kelvin returned to academia and the University of Texas in 2016, enrolling in a dual-degree program with the LBJ School of Public Affairs and the Jackson School of Geosciences.   Although his primary intent was to focus on the laws and policies that govern how humans interact with the environment and natural resources, Kelvin discovered that cyber was a crucial part of that discipline, namely, in the form of energy security.  Specifically, in 2018 the Department of Homeland Security released a report detailing Russian attempts to hack numerous sectors of American infrastructure, including energy, nuclear, and water facilities in 2016.

When he is not in school and not preoccupied with the many local activities that the City of Austin has offer, Kelvin enjoys researching and writing about national security issues, as it is a personal goal of his to hold a major position in that field.  Kelvin also spends a great deal of time following and supporting the University of Texas Athletics programs, as he is an avid sports fan.