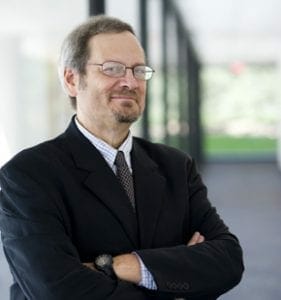 Professor and the Dean Rusk Chair in International Affairs 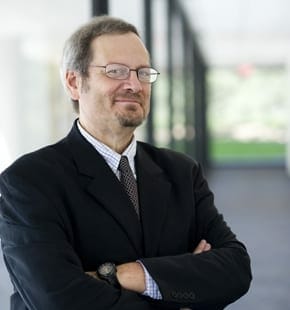 Dr. Kenneth Flamm is a Professor and the Dean Rusk Chair in International Affairs at the LBJ School of Public Affairs at UT-Austin. He is a 1973 honors graduate of Stanford University and received a Ph.D. in economics from M.I.T. in 1979.

Over the last decade, Flamm has served as PI for research grants on “Economic Implications of Fair Use,” “Determinants of Internet Use in U.S. Households,” “Internet Use in the Americas,” “Regional Differences in Patterns of Internet Use in the United States,” “Internet Use in Developing and Industrializing Countries,” “Determinants of Broadband Competition,” “Broadband Policy in Comparative International Perspective,” “Changing Modes of Defense Procurement: Implications for Pricing and Innovation in the US Defense Industry,” “Semiconductor Industry Economics,” “Winning the Globalization Game: How Countries Compete in the 21st Century,” ”Modeling Innovation Chains Using Case-Based Econometrics: Nano-electronics and Biotechnology Applications,” “Modeling Pharmaceutical Innovation Pipelines,” and “Digital Inclusion,” and has worked with industry research consortium SEMATECH in building economic models of the semiconductor industry.

Flamm has served as vice-chair of the National Research Council’s Panel on Comparative Innovation Policy, and as a member of its Science, Technology, and Economic Policy Board, its Committee on Assessing the Need for a Defense Stockpile, its assessment panel on the Small Business Innovation Research Program, its Committee on the Rationale and Goals of the U.S. Civil Space Program, its Committee on the Future of Supercomputing, and its Steering Group on Measuring and Sustaining the New Economy. He has served as member and Chair of the NATO Science Committee’s Panel for Science and Technology Policy and Organization, and as a member of the Federal Networking Council Advisory Committee, the OECD’s Expert Working Party on High Performance Computers and Communications, various advisory committees and study groups of the National Science Foundation, the Council on Foreign Relations, the Defense Science Board, and the U.S. Congress’ Office of Technology Assessment, and as a consultant to various government agencies, international organizations, and private corporations.

Dr. Flamm is the author of numerous articles and books on the dynamics of international competition in high technology industries, and studies of the computer, semiconductor, Internet, and telecommunications industries.