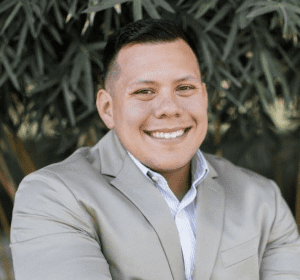 Kevin is currently a Sergeant in the US Army pursuing a Master of Science in Information Studies with a focus on cybersecurity, through the Army’s Green to Gold Active Duty Option commissioning program. Kevin worked in Military Intelligence as an Intelligence Analyst, Security Manager, and Assistant Special Security Representative. Before joining the service, he attended the University of Houston and graduated as a double major in the disciplines of Political Science and Anthropology. Post-graduation he spent time working in municipal government, non-profit community organization, and the energy sector. Ultimately, he decided to follow his calling and joined the United States Army graduating from the Intelligence School at Fort Huachuca. While working as an Analyst he became exposed to the ever-evolving threat of cybersecurity, information security, identity manipulation, and network management. Kevin desires to be at the forefront of this nation’s premier threat from both state and non-state actors. Upon completion of his graduate studies, he looks to receive a commission into the United States Army’s Cyber Operations Command.