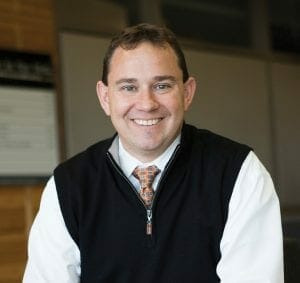 Dr. Michael E. Webber is based in Paris, France where he serves as the Chief Science and Technology Officer at ENGIE, a global energy & infrastructure services company. Webber is also the Josey Centennial Professor in Energy Resources, Author, and Professor of Mechanical Engineering at the University of Texas at Austin, where he trains the next generation of energy leaders through research and education at the convergence of engineering, policy, and commercialization. Webber has authored more than 400 scientific articles, columns, books, and book chapters, including op-eds in the New York Times and features in Scientific American. His latest book Power Trip: the Story of Energy, which received a glowing review by The New York Times, was published May 7, 2019 by Basic Books. A 6-part companion series for the book will air on PBS starting Earth Day 2020. His first book, Thirst for Power: Energy, Water and Human Survival addresses the connection between earth’s most valuable resources with a hopeful approach toward a sustainable future and received wide praise. To accompany this book, a one hour documentary was created by Alpheus Media that has received recognition at numerous film festivals including the Environmental Film Festival in Washington D.C. and EarthX in Dallas, TX.

Webber was also selected as a member of the 4th class of the Presidential Leadership Scholars, a leadership training program organized by Presidents George W. Bush and William J. Clinton. A successful entrepreneur, Webber was one of three founders in 2015 for an educational technology startup, DISCO Learning Media, which was acquired in 2018 by Probility Media.

As a highly sought public speaker, he has given more than 200 lectures, speeches, and invited talks in the last few years, such as testimony on the energy-water nexus for committee hearings of the U.S. Senate and House of Representatives, keynotes for business meetings, plenary lectures for scientific conferences, invited speeches at the United Nations and the U.S. Military Academy at West Point, and executive briefings at some of the nation’s leading companies.

Furthermore, he has served in many distinguished advisory and regulatory positions for industry, government, and non-profits, including as co-Director of the Clean Energy Incubator (2009—2018) and Deputy Director of the Energy Institute (2013—2018) at UT Austin. Webber was a member of AT&T’s Sustainability Advisory Council (2009—2012) and a commissioner for Austin Energy (2008—2013). Since 2019 he has served as a Board Observer for Goodnight Midstream, an environmental services company for the oil and gas industry. Other positions include the Board of Advisers for Scientific American (since 2009), the Roundtable on Sustainability with the National Academies of Sciences and Engineering (2012—2018), and as a board member for non-profits such as Sustainable America (2012—present), the Hope Street Group (2004—2006), the Houston Advanced Research  Center (HARC)  (2012—2018), and the smart grid consortium Pecan Street (2018—present).

In addition, as a professor, Dr. Webber has taught undergraduate and graduate courses at UT Austin since 2007 across departments as diverse as mechanical engineering, chemical engineering, liberal arts, business, geosciences, public affairs, and undergraduate studies. Webber was honored as an American Fellow of the German Marshall Fund, an AT&T Industrial Ecology Fellow, and on four separate occasions by the University of Texas for exceptional teaching.  Dr. Webber’s research focuses on the convergence of policy, technology, and resource management related to energy and the environment. In 2014 he was selected as a Fellow of ASME (the American Society of Mechanical Engineers), honoring his work and service to the scientific community and in 2015 honored with ASME’s Frank Kreith Energy Award. Entities such as the U.S. Senate Energy and Natural Resources Committee, Department of Energy, and non-governmental organizations, such as UNESCO, have featured Dr. Webber’s research in their policy-making decisions. He holds six patents.

His capstone class “Energy Technology and Policy” was launched as a Massive Open Online Course (MOOC) titled “Energy 101” September 2013 through a partnership with edX. More than 44,000 students from around the world registered for the course, and nearly 5000 completed it, which is twice the normal completion rate for MOOCs. He has also offered the course as part of executive education programs and professional training in Austin, TX; Houston, TX; Washington DC; Durham, NC; Phoenix, AZ; and Leatherhead, England for companies such as ExxonMobil, Sinopec, CNOOC, and many others.

Dr. Webber received his BA with High Honors in Plan II Liberal Arts and his BS with High Honors in Aerospace Engineering from the University of Texas at Austin. He then received both a MS and a PHD in mechanical engineering with a PhD minor in electrical engineering from Stanford University where he was a National Science Foundation Fellow. He then served as a senior scientist at Pranalytica, where he invented sensors for homeland security, industrial analysis, and environmental monitoring. He then transitioned to the RAND Corporation studying energy, innovation, manufacturing, and national security. Dr. Webber is one of the originators of Pecan Street Incorporated, a public-private partnership in Austin, Texas, running the nation’s largest smart grid and smart water experiment. He lives in Paris, France with his wife and children.