Crude oil is relatively cheap to transport. However, this phase of oil production poses a number of security risks. Attackers have frequently targeted tankers, pipelines and oil refineries, often resulting in supply disruptions. Still, the variety of transportation options and alternative sources of oil and gas usually at least partially compensate for the gaps in supply.

Tankers are the most preferred method of international oil transport. The world’s largest tankers can carry up to 2 million barrels of oil, and their relative mobility and durability reduce their vulnerability to attacks. However, there are a few crucial chokepoints where tankers are vulnerable, the largest being the Strait of Hormuz, through which 90% of the oil from the Persian Gulf travels. But Iran’s attempts to close of the strait during the Iran-Iraq War between 1980 and 1989 show that efforts to disrupt tanker traffic — even with capable state militaries — are unlikely to significantly impact the market.

Transportation via pipeline is more expensive than with tankers and offers less flexibility, but landlocked oilfields in areas such as Kazakhstan and Alberta, Canada, require pipelines. The immobility of pipelines increases the risk of target by militant groups. For example, attacks by militants in Nigeria’s oil-producing Niger Delta have led to stalls in supply.

All crude oil must go through a refinement process to become useful products such as heating oil, jet fuel and gasoline. A country’s ability to use crude oil, whether imported or produced domestically, depends on its refinement capacity. Oil refineries vary in their ability to process lower-quality oil, but different grades of crude can be blended to increase the volume of oil that a refinery can use. 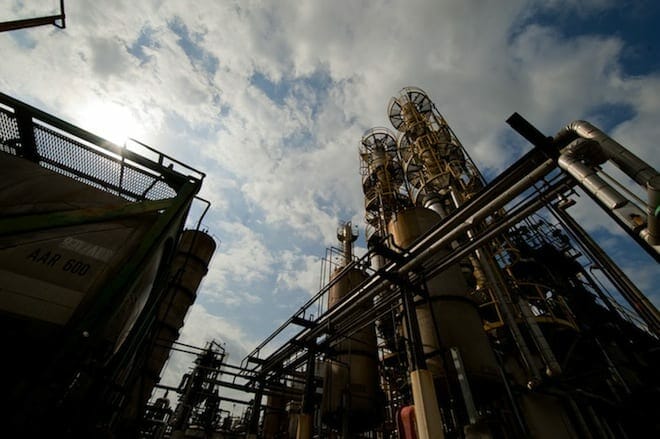 Natural gas is not as easily transportable as oil. It either needs to be compressed in steel pipes for transport by land or cooled to -259o F, into liquid form, for transport by sea. The transportation of liquefied natural gas (LNG) from tankers to its destination requires specialized terminals that can transfer LNG without evaporating it, allowing it to be compressed into the country’s pipeline system for consumption or storage. Since the natural gas market is not nearly as integrated as the crude oil market, some countries see LNG terminals as essential for their security. For example, in 2014, Poland and Croatia linked two of their LNG terminals to boost their import capacity of natural gas and reduce their dependence on Russia.