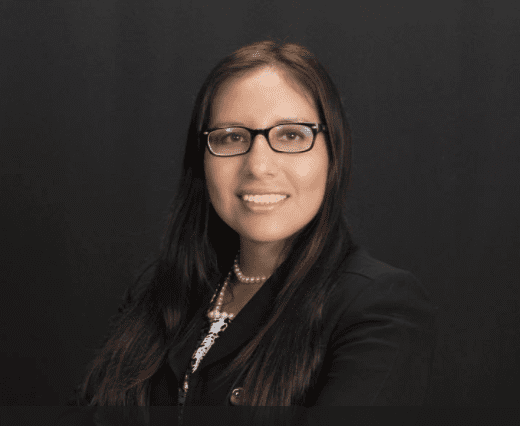 A Conversation with Dulce Garcia of Border Angels

On January 21, the Strauss Center hosted Dulce Garcia, Executive Director of Border Angels, for a virtual talk on the crisis at the border during the COVID-19 pandemic. This webinar was part of our Brumley Speaker Series.

Dulce Garcia opened her talk by characterizing Border Angels’ mission as one “based on an active kind of love.”  After describing the genesis of the organization’s focus – conducting water drops in the southern border region to end migrant deaths – she highlighted some of their other programs, including advocacy, green card sponsorship for kids, and their caravan of love, which provides supplies and financial support to migrant shelters in Tijuana.  The contours of this work have changed, however, due to the COVID-19 pandemic, and the organization has pivoted to primarily providing financial support to their partner shelters.  In addition, Ms. Garcia explained that Border Angels has closely followed the crisis at migrant detention centers.  The incentivization of imprisonment by private companies and crowded, unsanitary conditions have led to the rapid spread of COVID, and the organization has redoubled its efforts to bond people out.

Throughout the talk, Ms. Garcia personalized migration, talking about the stories of different individuals that Border Angels has met and/or supported, as well as her own experiences as an undocumented person living and working in the United States.  While Ms. Garcia was hopeful about changes with the Biden Administration, she acknowledged that much more work remains to promote love and compassion towards migrants in the U.S.

Dulce Garcia grew up in Logan Heights, a community that is predominantly Mexican and Mexican-American. Dulce is undocumented and found it impossible to find financial aid after high school. So, she attended San Diego City College at night and on Saturdays, and worked as a paralegal in a law office during the day. Oftentimes, she held other jobs including waitressing, parking cars, tutoring, selling flowers and retail. She paid her way through school, and subsequently transferred to UCSD where she received her bachelor’s degree in Political Science. She attended law school at Cleveland Marshall College of Law where she received her Jurisprudence Doctorate with a concentration in Civil Litigation.

​Dulce opened her private practice in 2016 and provided in the first year of practice over 100 free consultations and over 20 Know Your Rights workshops to inform community members of their rights. She also volunteers to represent low-income clients in court in collaboration with the Mexican Consulate and various nonprofit organizations. In 2017 Dulce and other DACA recipients formed San Diego Border Dreamers to advocate for more humane immigration laws and policies. Dulce also sued the current administration after the termination of DACA on September 2017. As a result of those efforts in court, hundreds of thousands of DACA recipients are able to renew their DACA status while the case is in litigation. Dulce was in the Supreme Court on November 12, 2019 defending DACA.