On Wednesday, November 28, 2018, the Strauss Center welcomed Aaron Friedberg, Professor of Politics and International Affairs at Princeton University, for a talk on “China’s Authoritarian Challenge.” This talk was part of the Strauss Center’s Brumley Speaker Series.

Photos from the event can be found here. A video of the event is available here. 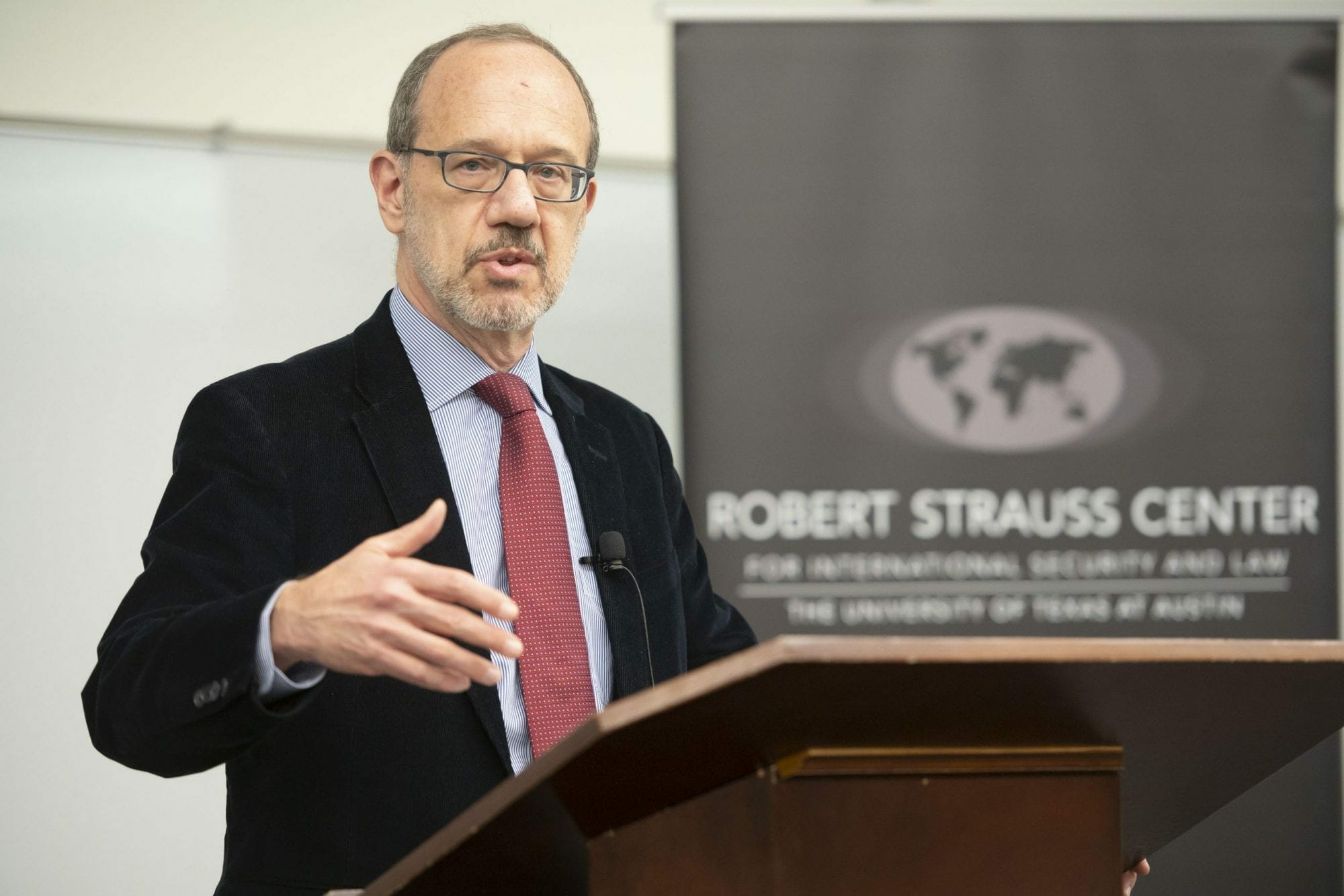 In the talk, Prof. Friedberg presented the paradigm shift of the US official narrative of US-China relations. For a long time, the liberal optimist was the main feature of US official rhetoric regarding relations with China. The public rational was to bring China into the international system and encourage it to be more liberal, assuming that trade and investment could encourage economic liberalization and transform China into a western-style market economy and democracy. 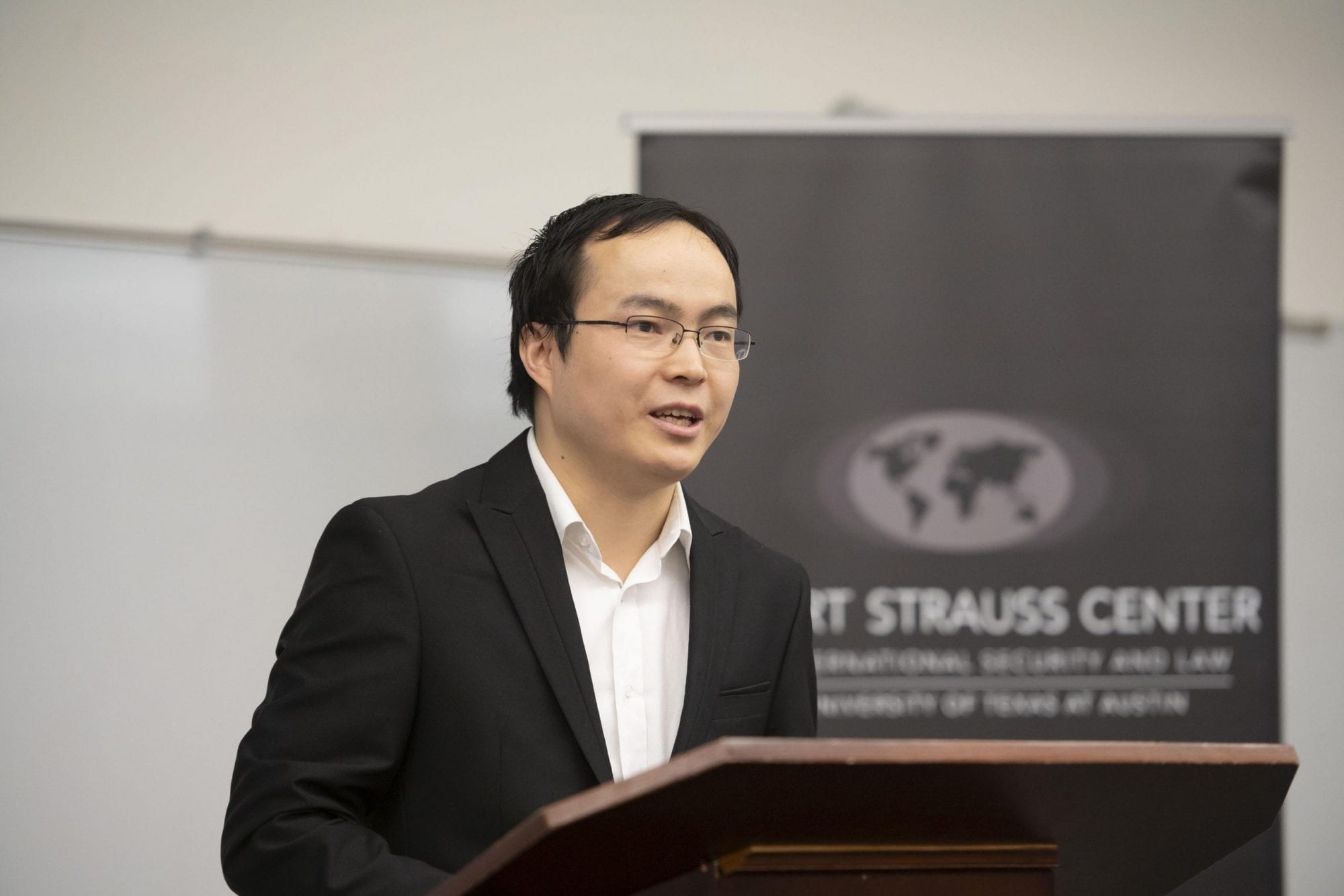 However, economic liberalization fails to lead political liberalization in China. The Chinese Communist Party (CCP) adopts a series of measures to consolidate power for continued rule of China. China combines their market economy with authoritarian rule, uses patriotism and nationalism to get national support, and increases investment in security forces. 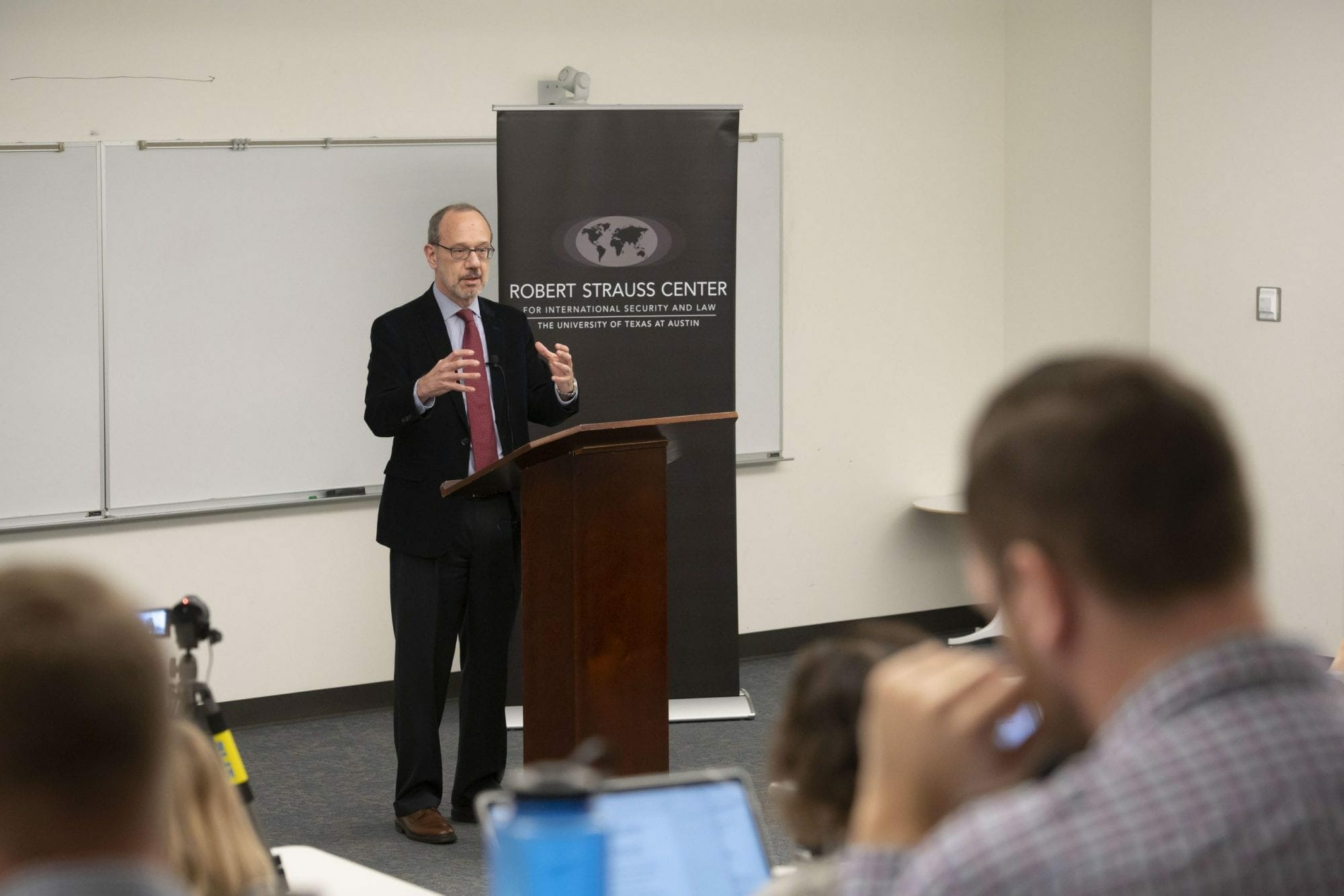 China’s rise represents a challenge to the United States and other democratic countries, not primarily because of its growing wealth and power, but because of the oppressive, authoritarian character of its domestic political regime. The rapid economic growth allows China to modernize military forces and expand non-military forces such as aid and investment. China intends to be the dominant power of the region, and has begun to become aggressive, increasing from domestically to the global level. The tension between US-China relations is the collision between a dominant power and a rising power. 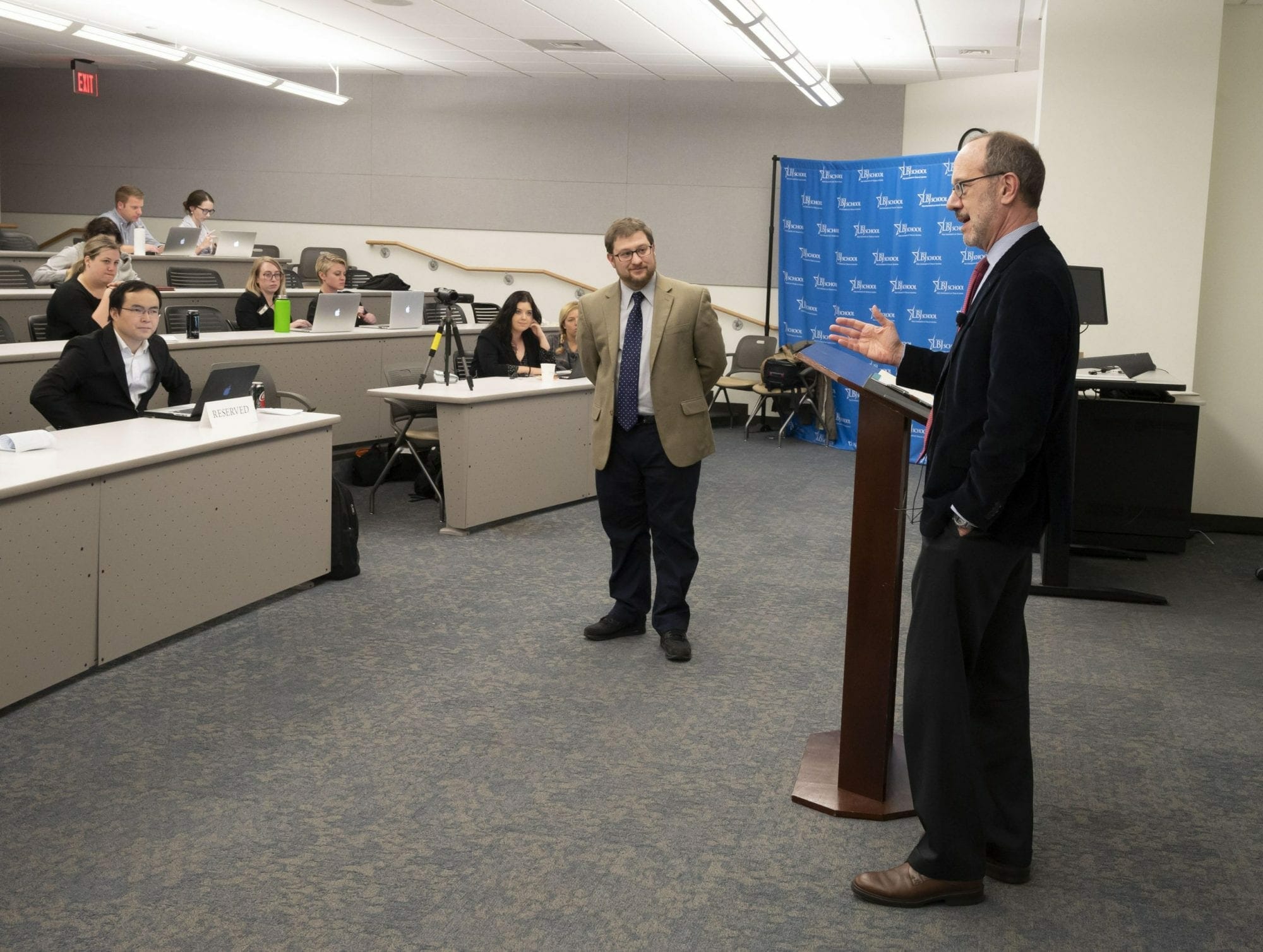 Aaron L. Friedberg is Professor of Politics and International Affairs at Princeton University, where he has taught since 1987, and co-director of the Woodrow Wilson School’s Center for International Security Studies. He is also a non-resident senior fellow at the German Marshall Fund of the United States and a Senior Advisor to the National Bureau of Asian Research. Friedberg is the author of The Weary Titan: Britain and the Experience of Relative Decline, 1895-1905 and In the Shadow of the Garrison State: America’s Anti-Statism and its Cold War Grand Strategy, both published by Princeton University Press, and co-editor (with Richard Ellings) of three volumes in the National Bureau of Asian Research’s annual “Strategic Asia” series. His third book, A Contest for Supremacy: China, America and the Struggle for Mastery in Asia, was published in 2011 by W.W. Norton and has been translated into Japanese, Chinese and Korean. His most recent monograph, Beyond Air-Sea Battle: The Debate Over U.S. Military Strategy in Asia was published in May 2014 as part of the International Institute for Strategic Studies’ Adelphi Paper series. Friedberg’s articles and essays have appeared in a number of publications, including The Wall Street Journal, The New York Times, The Washington Post, The Los Angeles Times, Commentary, The National Interest, The American Interest, The Weekly Standard, Foreign Affairs, The Washington Quarterly, Survival, and International Security.

In 2001-2002 Friedberg was selected as the first occupant of the Henry A. Kissinger Chair at the Library of Congress. He has been a research fellow at the Australian Strategic Policy Institute, the Norwegian Nobel Institute, the Smithsonian Institution’s Woodrow Wilson International Center for Scholars, and Harvard University’s Center for International Affairs. Dr. Friedberg served from June 2003 to June 2005 as Deputy Assistant for National Security Affairs in the office of the Vice President. After leaving government he was appointed to the Defense Policy Board and the Secretary of State’s Advisory Committee on Democracy Promotion. Friedberg received his AB in 1978 and his PhD in 1986, both from Harvard University. He is a member of the editorial boards of Joint Forces Quarterly and The Journal of Strategic Studies and a member of the International Institute for Strategic Studies and the Council on Foreign Relations.