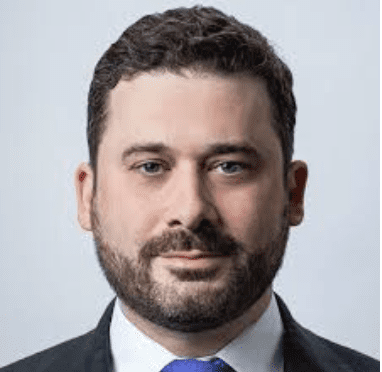 Chaos Under Heaven: Trump, Xi, and the Battle for the Twenty-First Century

On Tuesday, March 23, the Strauss and Clements Centers hosted Josh Rogin, columnist for the Washington Post, for a book talk on his upcoming release Chaos Under Heaven: Trump, Xi, and the Battle for the Twenty-First Century. Sheena Chestnut Greitens, a Strauss Center Distinguished Scholar and an Associate Professor of Public Affairs at the LBJ School, moderated the conversation. Mr. Rogin began the talk by providing some details on his own background in reporting and education. He noted that throughout his career, there has been a prevalent “false choice” in U.S. policy circles on the China issue, namely, whether or not the U.S. should engage with China. This false choice has often been coupled with a faulty analogy to the Cold War, wherein policymakers and commentators have tried to liken the present juncture of U.S.-China relations to the former U.S.-Soviet dynamic. He argued that this analogy is inadequate because the U.S.-China relationship is not predominantly defined by military concerns.

Mr. Rogin then turned to discuss his book, which is a reflection on his four years of reporting during the Trump administration. Mr. Rogin explained that Trump’s election was a huge “disruption” for U.S.-China policy, describing period of time as “chaos.” Mr. Rogin did move to counter some predominant stereotypes about former President Trump’s dealings with China, noting that the media characterization of Trump as a neophyte president bumbling his way through a critical bilateral relationship fails to acknowledge that Trump came into office with an explicit hardline view on China, and his actions mostly aligned with that view. Mr. Rogin also described the various camps within Trump’s administration: the hawks, the hardliners, the “Wall Street clique”, and the “axis of adults.” Mr. Rogin also emphasized—in light of the rise of hate and violence towards AAPI individuals in the U.S.—the importance of maintaining a divide between tough on China rhetoric and portrayals of the broader Chinese community. Mr. Rogin then fielded questions on an array of topics, including how to deal with CCP influence on U.S. academic institutions and the recent mass shooting it Atlanta, Georgia. Listen to the full conversation here.

Josh Rogin is a columnist for the Global Opinions section of the Washington Post and a political analyst with CNN.Previously, he has covered foreign policy and national security for Bloomberg View, Newsweek, the Daily Beast, Foreign Policy magazine, Congressional Quarterly, Federal Computer Week magazine and Japan’s Asahi Shimbun newspaper.He was a 2011 finalist for the Livingston Award for Young Journalists and the 2011 recipient of the Interaction Award for Excellence in International Reporting. Rogin holds a BA in international affairs from George Washington University and studied at Sophia University in Tokyo. He lives in Washington, DC.