The Robert S. Strauss Center for International Security and Law welcomed Dr. Sarah E. Kreps of Cornell University and the Council on Foreign Relations to discuss how the use of drones affects democratic accountability and how the marketplace of ideas shapes the drone debate. Her presentation was part of her forthcoming book, Drone Warfare. 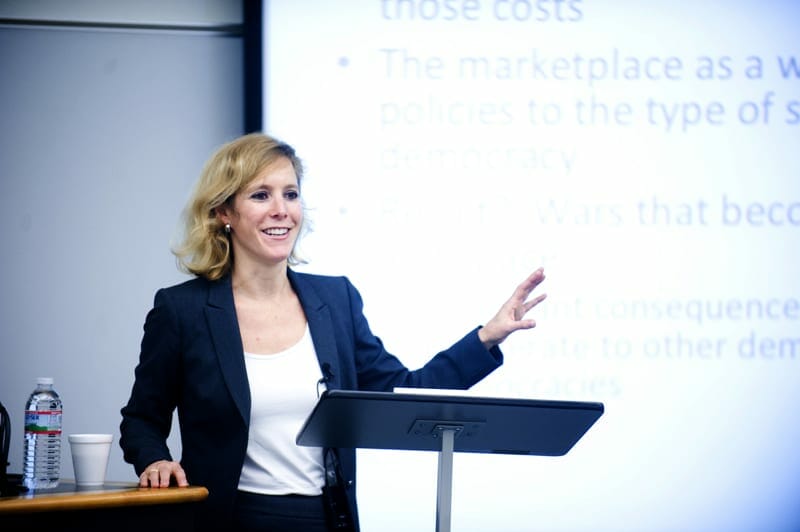 During her talk, Dr. Kreps argued that with respect to the use of drones, the marketplace of ideas (a rationale for freedom of expression) has not acted in the service of free debate. On the contrary, the ideological space in which discussion on the use of drones takes place is quite constrained. Although in theory the marketplace of ideas should allow the public to wrestle with ideas and present arguments on both sides of the debate, on the subject of drone warfare the media has remained silent or tacitly supportive of the government’s approach. 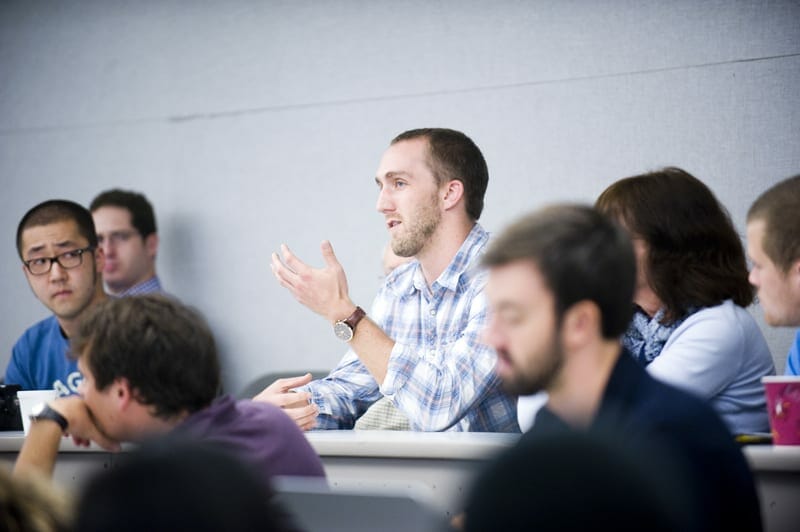 Dr. Kreps conducted two empirical studies to test the effects of these limitations. The first one dealt with the role of public opinion surveys in limiting the ideological space. In other words, how pollster biases influence the feelings of respondents, pulling people toward giving a particular answer: that they are in favor of the use of drone strikes against “suspected terrorists.” The second test attempted to identify which voices are shaping the public’s attitudes. This test showed that baseline assumptions about the use of drones are already embedded in people’s views. However, it also demonstrated the impact that discourses by non-governmental organizations (NGOs) and international organizations (IOs) have in diminishing public support for the use of drone strikes. 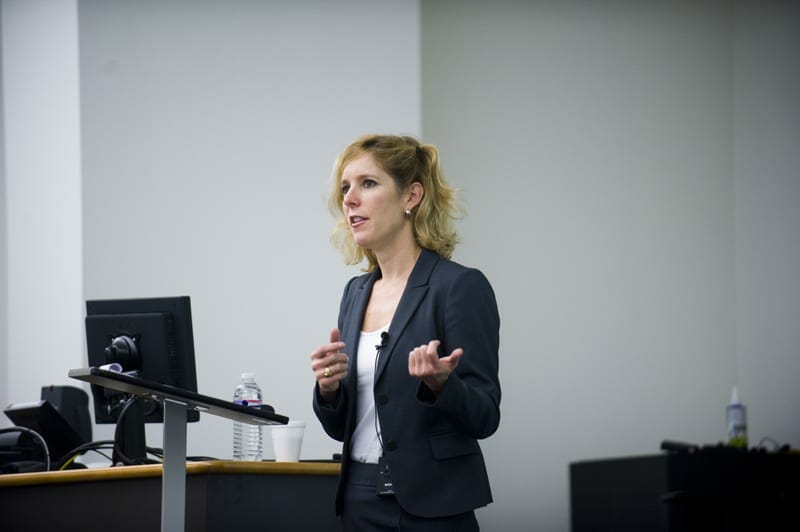 To conclude, Dr. Kreps pointed out the ways in which NGOs and IOs can potentially broaden the space of the discussion. This is particularly relevant, because the marketplace of ideas as a whole is currently not subjecting drone policies to the type of scrutiny expected in a democratic system. By expanding the ideological space, leaders will face different incentives to continue or modify policies both with regards to democratic accountability and to counter-terrorism strategies.

Sarah E. Kreps is an assistant professor in the Department of Government at Cornell University, an adjunct professor at Cornell Law School, and in 2013-2014 a Stanton Nuclear Security Fellow at the Council on Foreign Relations. She is the author of Coalitions of Convenience: United States Military Interventions after the Cold War (New York, NY: Oxford University Press, 2011). She received her BA from Harvard University, her MSc from Oxford University, and her PhD from Georgetown University. Before going to graduate school, she served as an acquisitions and foreign area officer in the United States Air Force.