On Wednesday, November 7, 2018, the Strauss Center welcomed Dr. Kristin Smith Diwan, senior resident scholar at the Arab Gulf States Institute in Washington, to give a talk on “Understanding Social and Political Change in Saudi Arabia.” This talk was part of the Strauss Center’s Brumley Speaker Series. 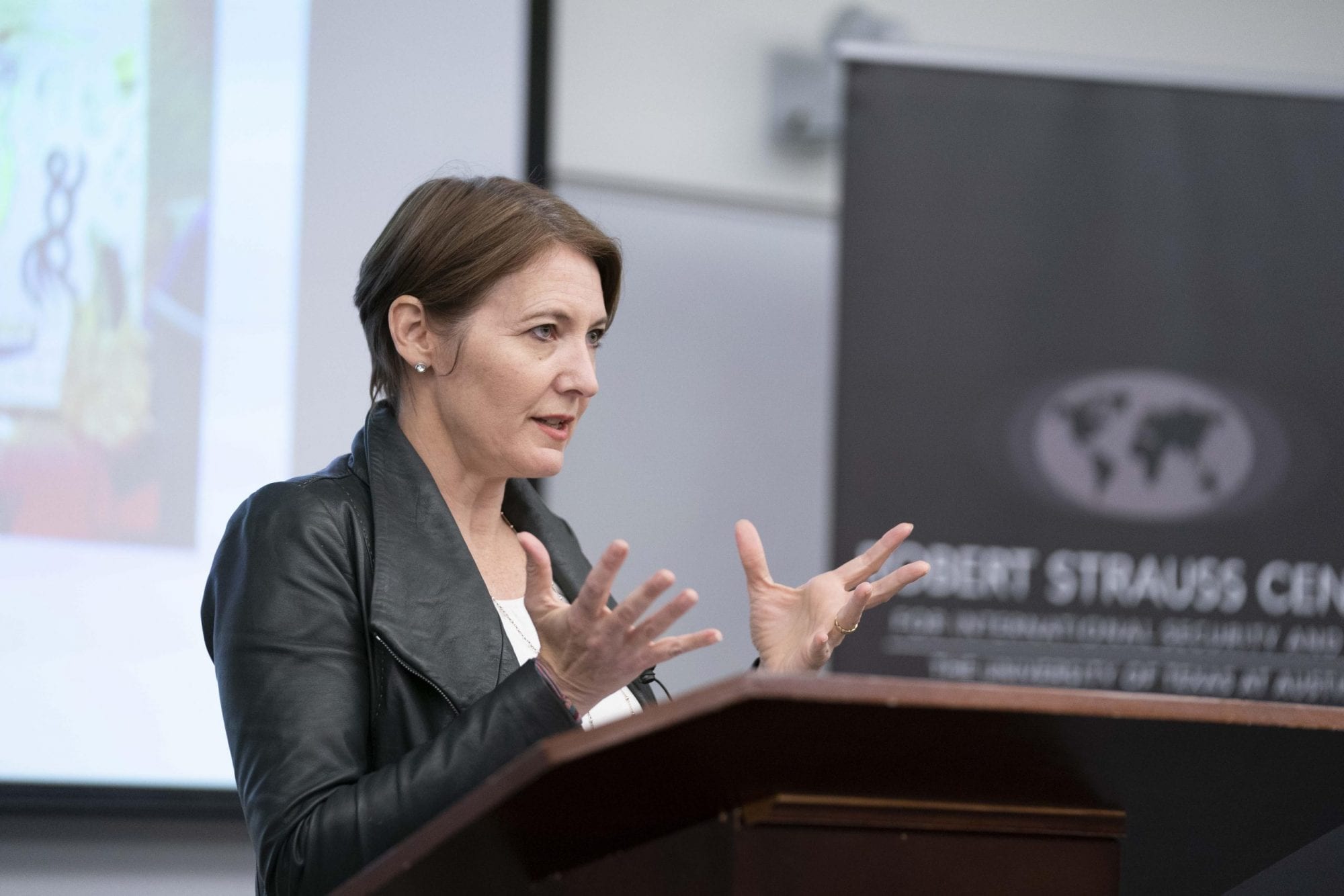 During her presentation, Dr. Diwan discussed the generational changes occurring in Saudi Arabia and its ability to influence the future of three main pillars of Saudi society: the dynastic monarchy, the aging petro-welfare state, and religious legitimacy. By describing “Generation MBS (Mohammad bin Salman),” Dr. Diwan provided those looking at Saudi Arabia with a lens to better understand the social and political changes happening as a result of the Arab Spring and the rise of Crown Prince Mohammad bin Salman. 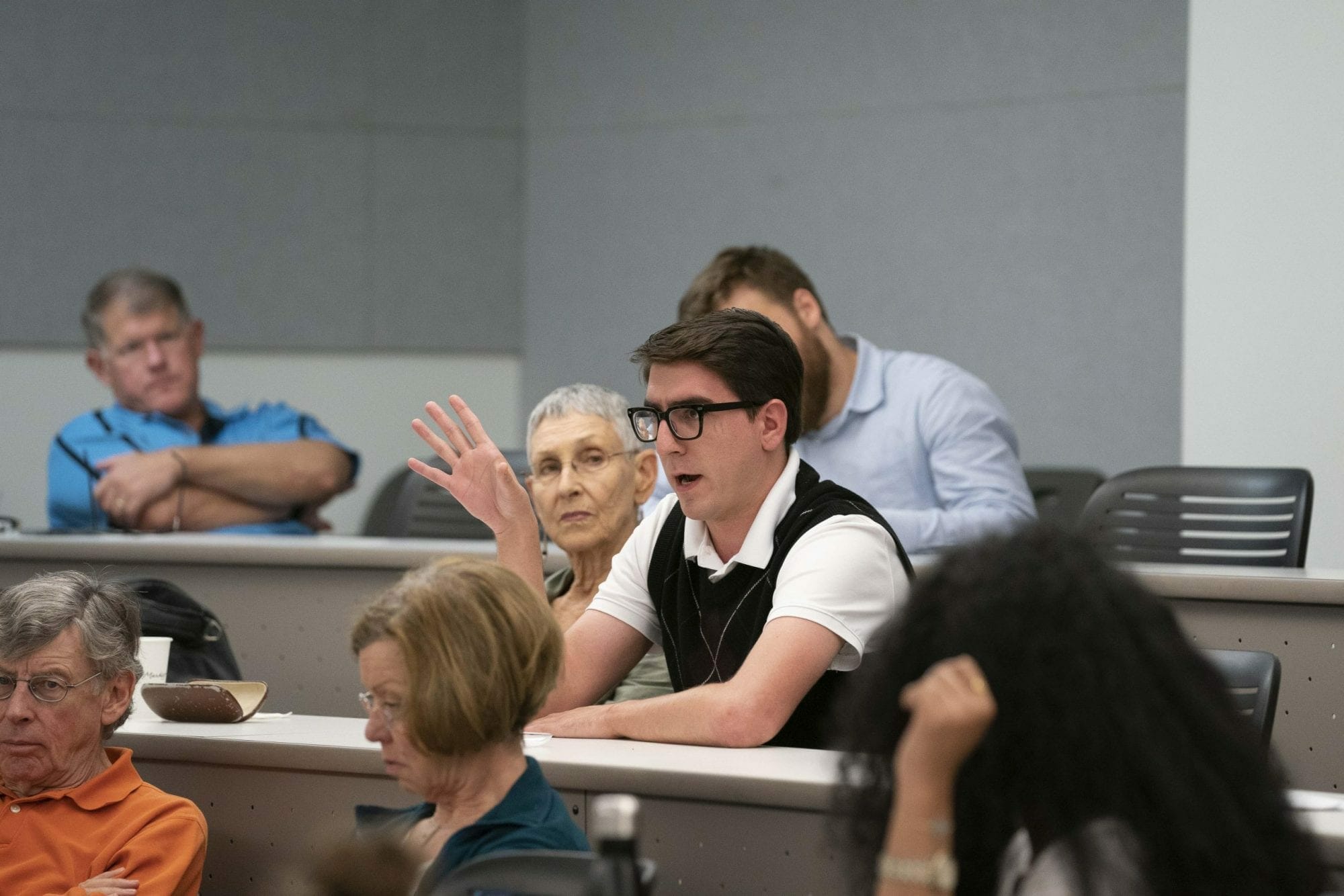 As with the millennial generation in the United States, the youth in Saudi Arabia continue to be shaped by the media and internet, with Saudi Arabia being the country with the highest number of YouTube users per capita. This is particularly important to reflect upon in a country where the public sphere is severely controlled, and thus citizens use modern communications to debate, connect, and question their lives and country. 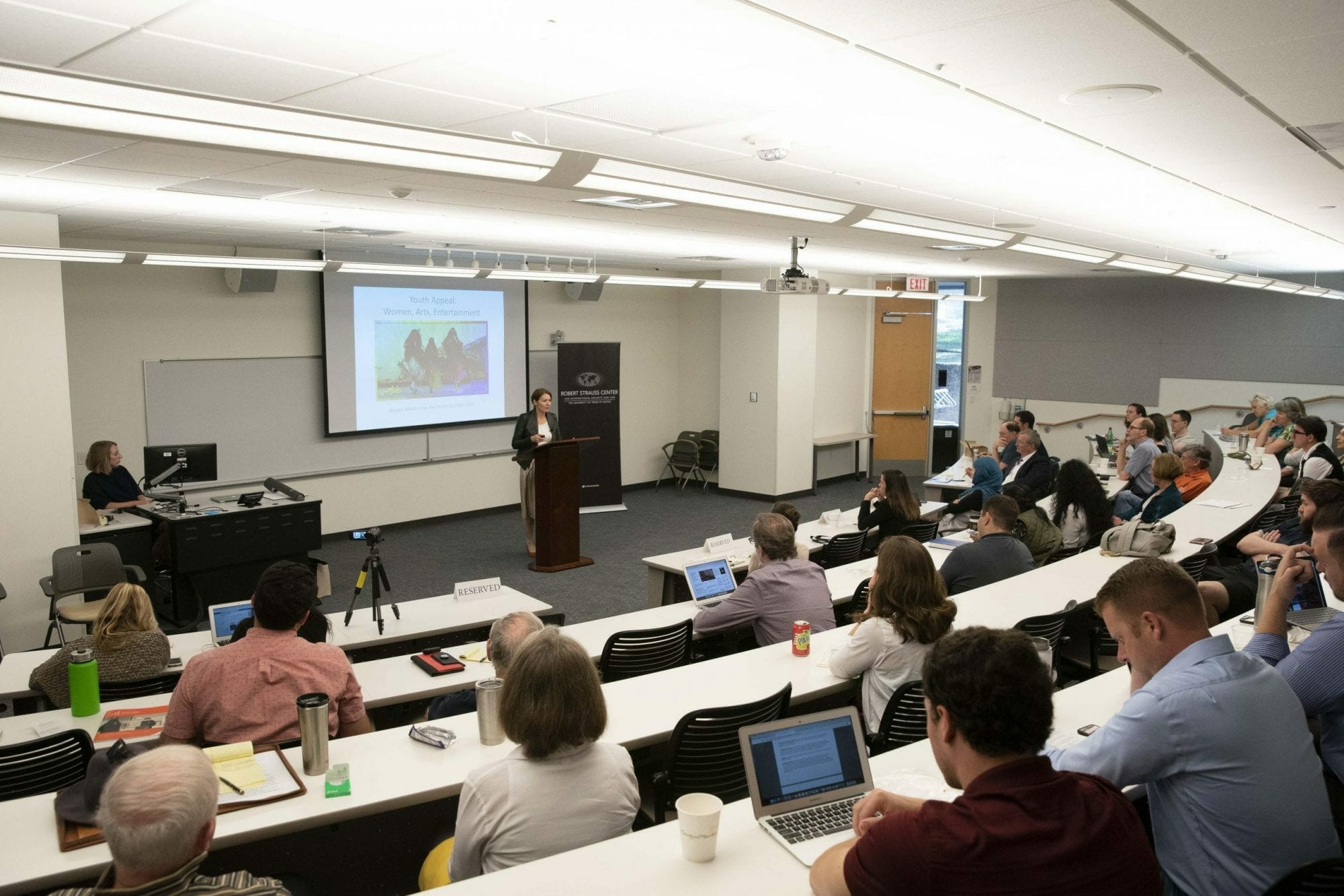 While the societal developments in Saudi Arabia were important to the discussion, Dr. Diwan argued that perhaps more pressing for the country as a whole was the centralization of power into one man. Mohammad bin Salman is changing the shifting the power dynamics in the ruling family from the older generation to the younger as he consolidates power for himself. All of these changes, Dr. Diwan argues, are exemplary of a growing focus on a resurgent nationalism that will continue to shape decisions by both citizens and rulers moving forward. 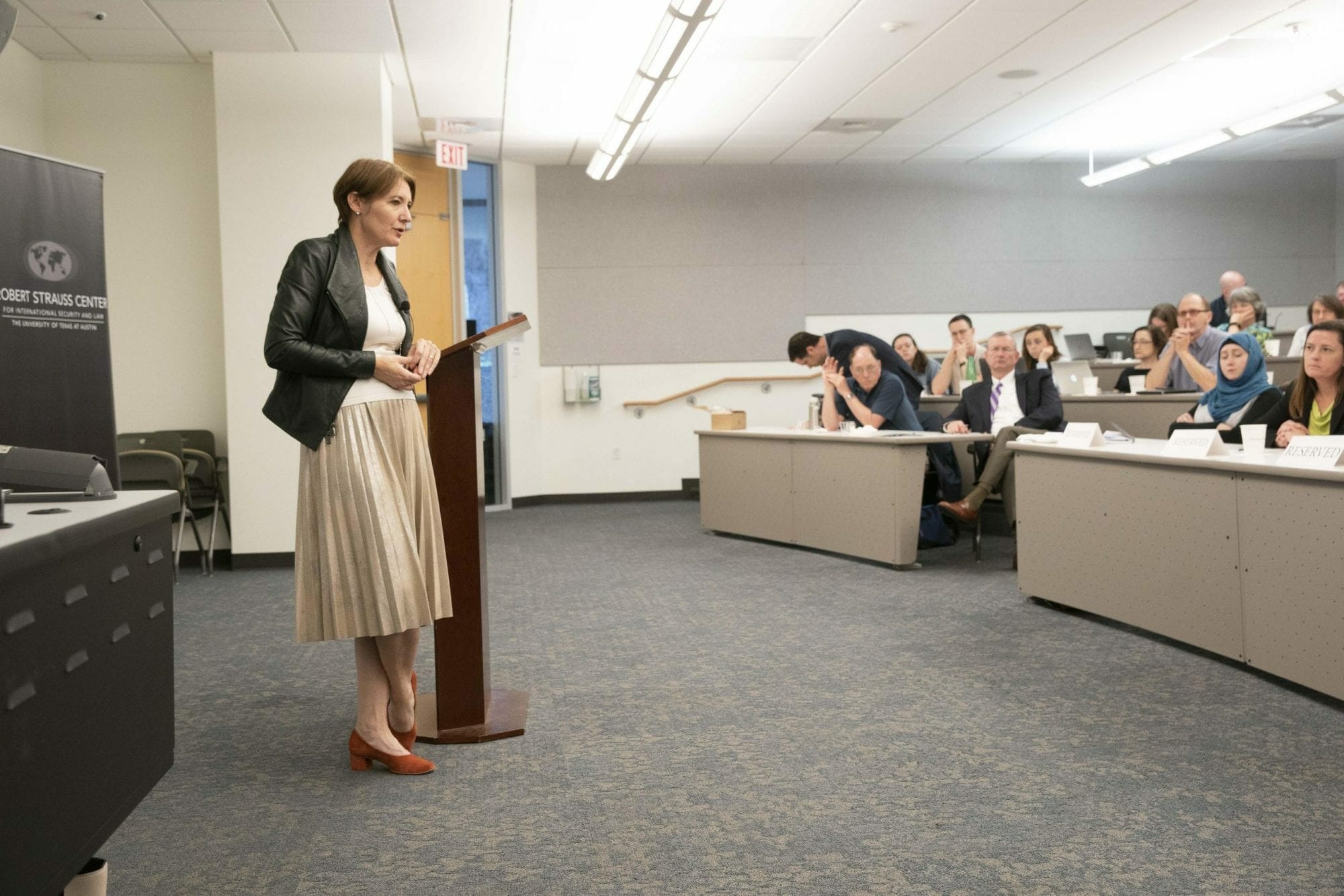 Dr. Kristin Smith Diwan is a senior resident scholar at the Arab Gulf States Institute in Washington. She works in both comparative politics and international relations and specializes in Arab and Islamist politics. Her current projects concern Gulf political economy, the politics of sectarianism, generational change, and the evolution of Islamism in the GCC. Her analyses of Gulf affairs have appeared in many publications, among them Geopolitics, Middle East Report, Financial Times, Foreign Affairs, and Foreign Policy.

Diwan was previously an assistant professor at the American University School of International Service where she still teaches in an adjunct capacity. She has held visiting scholar positions at both the George Washington University Institute for Middle East Studies and the Georgetown University Center for Contemporary Arab Studies. From 2013-14 she served as a visiting senior fellow at the Atlantic Council Hariri Center for the Middle East where she published on youth movements and participated in the Strategic Dialogue for a New US-Gulf Partnership.

Diwan received her PhD in political science from Harvard University, and holds an MA in international affairs from the Johns Hopkins School of Advanced International Studies. She completed her undergraduate degree at Baylor University in Texas, her home state.