Hydropolitics in China: Water Conflict, Development, and Sustainability in a Rising Power

On Wednesday, February 20, 2019, the Strauss Center welcomed Scott Moore, the Director of the Penn Global China Program at the University of Pennsylvania, for a talk on “Hydropolitics in China: Water Conflict, Development, and Sustainability in a Rising Power.” Drawing on  new book, Subnational Hydropolitics, this talk explored the role that water has played in Chinese politics, its rapid economic growth, and its struggle to make its development sustainable. It also discussed new and old tensions between China and its neighbors over shared water resources, and the role that conflict over water might play in China’s rise. This was part of the Brumley Speaker Series.

Scott Moore’s presentation examined the significance of water in Chinese foreign policy and the evolution of water as an important factor in subnational politics. He opened by discussing the role of water in interstate conflict: although Dr. Moore noted that international wars explicitly related to water resources do not appear commonly in the historical record, the world is currently in an unprecedented global water crisis related to groundwater depletion, changes in precipitation, surface water depletion, and pollution. The water crisis has complex causes, but climate change and resource management are two of the most critical problems that continue to exacerbate the situation. 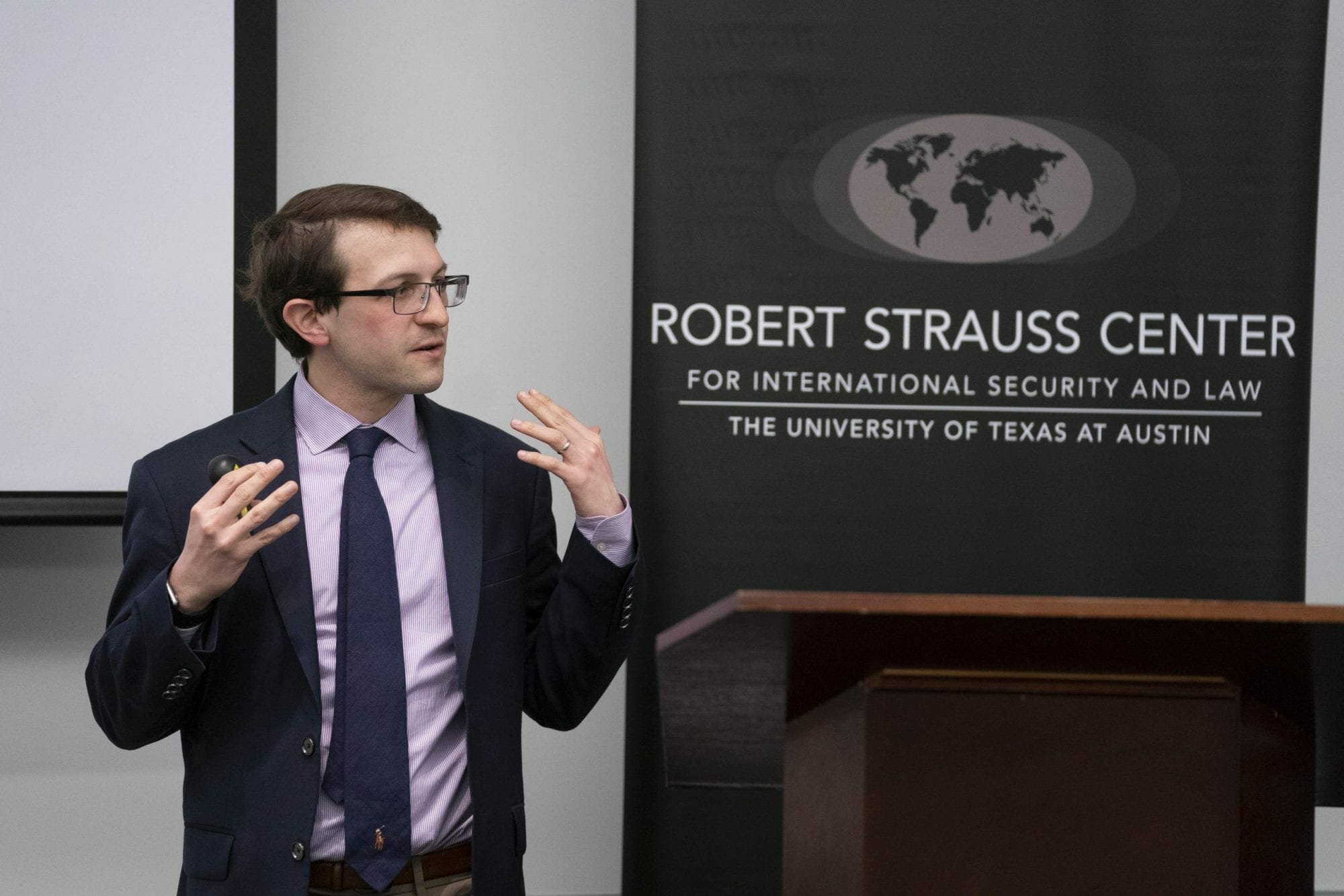 While international water conflicts are rare, internal disagreements and conflicts over water resources are common, and China has a long history of handling internal water conflicts between regions and cities. Dr. Moore’s talk focused on how China has responded to water controversies in the recent past. Some policies in China are aimed at reducing waste and improving water quality through greater efficiencies, such as the River Chief system and the National Water Saving Policy. Other national initiatives such as dam construction and massive water pipelines prioritize economic growth over sustainable resource management.

Chinese water policy is grounded in its history of technocracy and socialist construction of China, Dr. Moore said. Chinese water policy has a long history of central state involvement, and early development was often constructed around the control and manipulation of river basins. China intends to comprehensively develop the Yellow River Basin and has deep investment in the bureaucratic structure of water management agencies. Despite this, Dr. Moore highlighted the tensions between centralized development and the relative control exerted by local governments, which is compounded by the government’s heavy reliance on technical solutions such as the South-North Water Transfer Project. 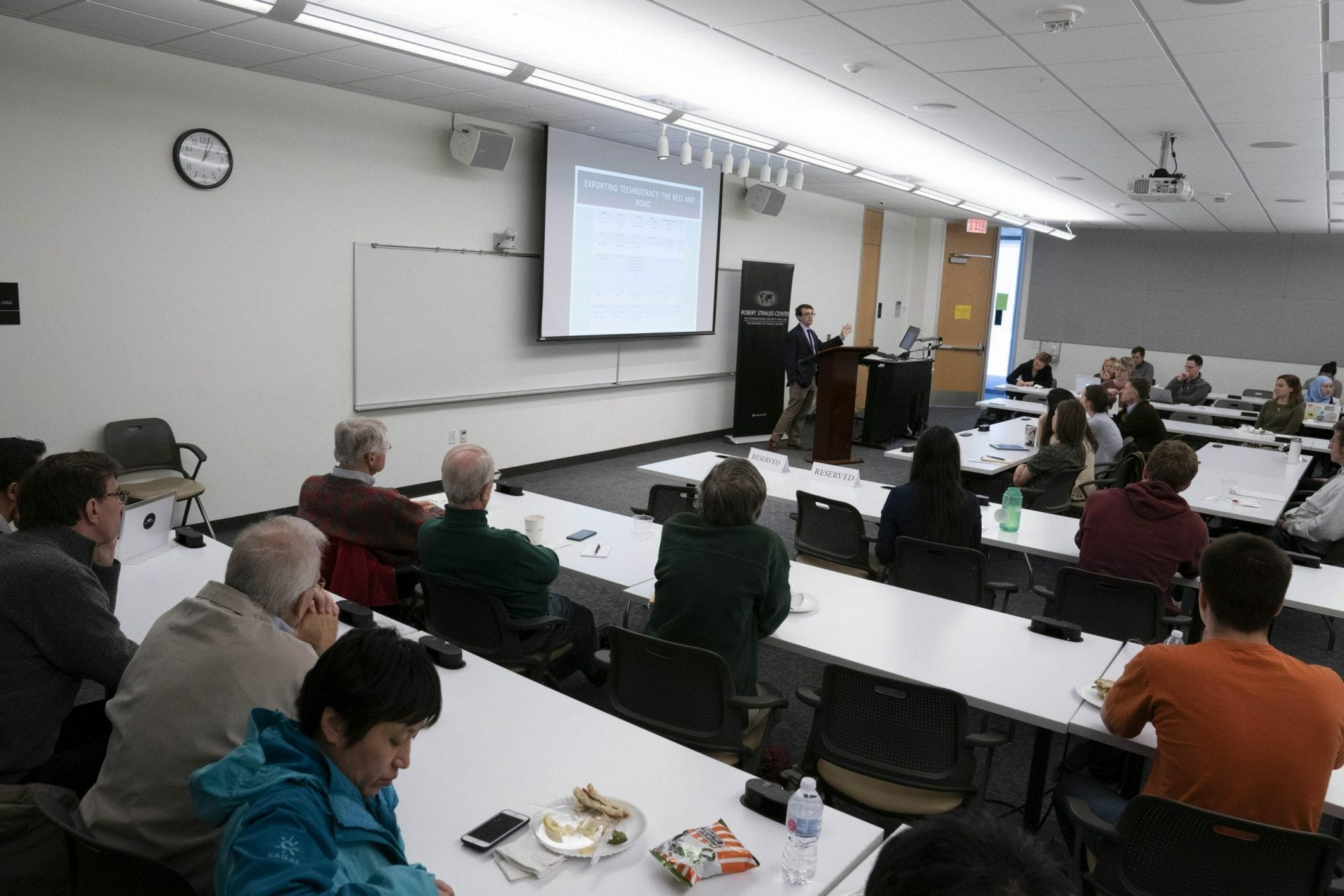 Dr. Moore detailed the implications of China’s rise for the future of water governance; the headwaters of most major Asian rivers are in China, and its domestic policies are often reflected in its international relations. The Belt and Road Initiative exports Chinese internal policies abroad, Dr. Moore noted, deepening its influence on international water policy. The future of water policy has roots in China, and the intra-jurisdictional conflicts and solutions already developing there are likely to continue into its rise into potential “hydrohegemony.”

Scott Moore is a scholar and policymaker focused on environmental issues, especially water resources, climate change, and oceans. His research and commentary on these issues has appeared in Nature, Foreign Affairs, and The New York Times. His work experience includes the U.S. State Department, where he led U.S. – China cooperation on climate change and ocean conservation, and the World Bank, where he led water sector institutional reform and financing projects as a Young Professional. He holds an undergraduate degree from Princeton, and a master’s and doctoral degrees from Oxford University, where he was a Rhodes Scholar. He currently serves as the Director of the Penn Global China Program at the University of Pennsylvania.