Myths of Global Inequality and Underdevelopment

On Monday, November 5, 2018, the Strauss Center welcomed Dr. Charles Kenny, Director of Technology and Development and Senior Fellow at the Center for Global Development, for a talk on “Myths of Global Inequality and Underdevelopment.” This talk was part of the Strauss Center’s International Security Speaker Series.

Photos from the event can be found here. A video of the event is available here.

Kenny spoke to a broadly positive trajectory for global development. His analysis was grounded in the following stipulations: global progress is real, and it’s good. The world is rapidly getting better, progress is happening in the places that need it most, and such progress is good for the United States because globalization is not a zero-sum game.

Kenny supported these ideas by comparing the modern world with the world as it was two hundred years ago. Child mortality rates were staggeringly high, and those who survived childhood were often fated for a life of hard labor. Education was treated as a privilege restricted to the elites, cruel and unusual capital punishment was often inflicted on criminals who committed victimless crimes, gender inequality was a standard of the times, and most of the world’s population lived in extreme poverty. Today, Kenny stated, these things are better worldwide. Child mortality is down, violent deaths are less frequent, and education and literacy rates are up. There has been meaningful progress in democracy. Human rights are on the rise, and constitutional protections for individuals’ rights are becoming the norm. People have more freedom to move and communicate. The world economy has doubled in the last twenty years, and people, on the whole, are richer than they’ve ever been before. 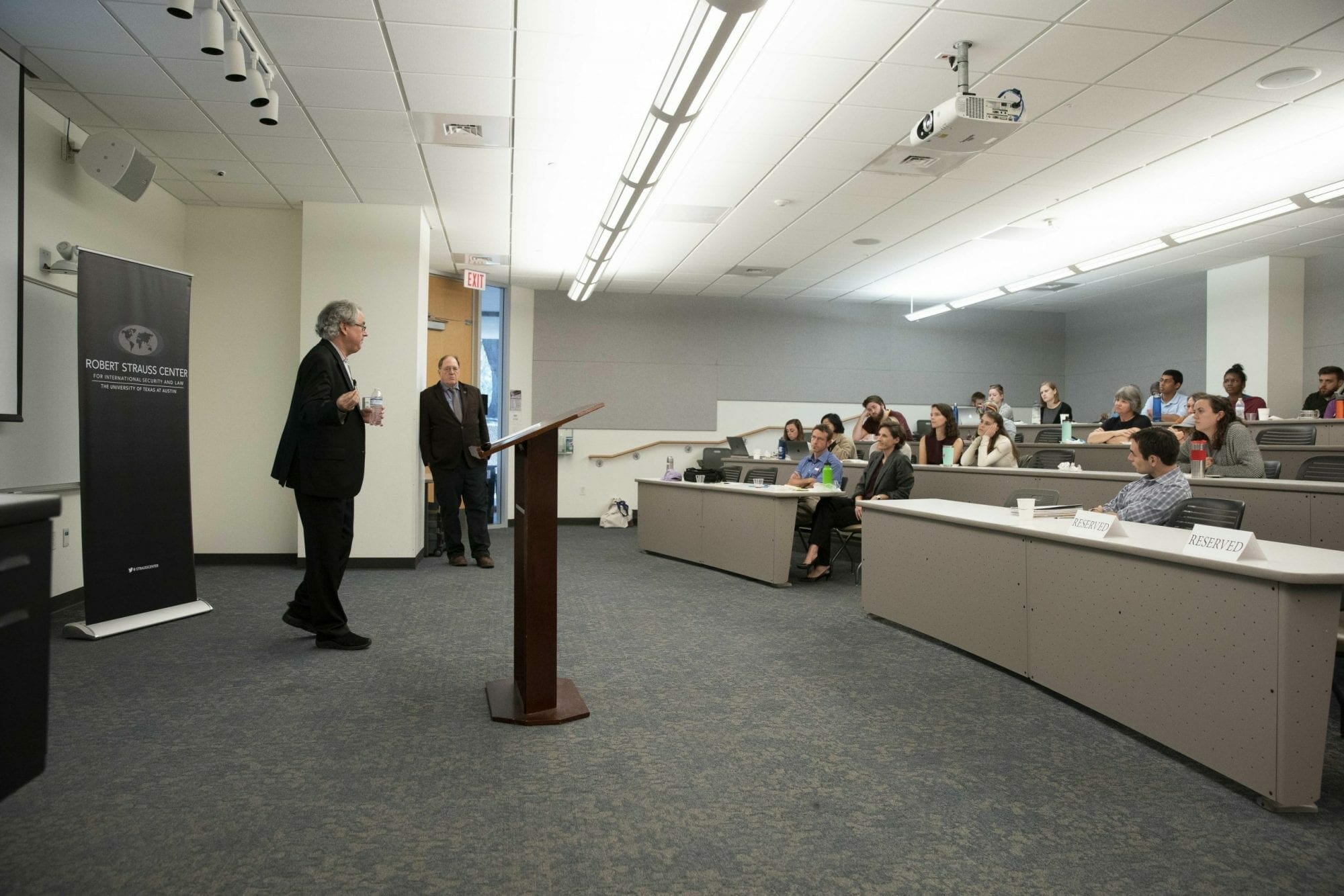 According to Kenny, there are a number of moving factors contributing to the world’s progress in these areas including advancing technology and innovation, globalization, and the movement of people. Kenny stated that foreign direct investment, global trade, and tourism are all positive trends. This has been important for developing countries for their production capacity and export potential as well as their ability to import what they can’t produce. Kenny paused here to note that as we see countries become increasingly developed, many perceive them as an increasing threat. However, Kenny asserted, developing countries are always painted as a threat; when they aren’t a rising threat, their excessive poverty threatens instability. Kenny stipulated that the reality is that the United States undoubtedly benefits from increased globalization and the development of low and lower middle income countries.

With regard to the movement of people, Kenny reminded the room that immigrants create jobs and play a huge role in U.S. business innovation. Kenny noted, “Immigrants founded a quarter of all new businesses in the U.S. in the last year. They are at the heart of the entrepreneurial driven economy.” 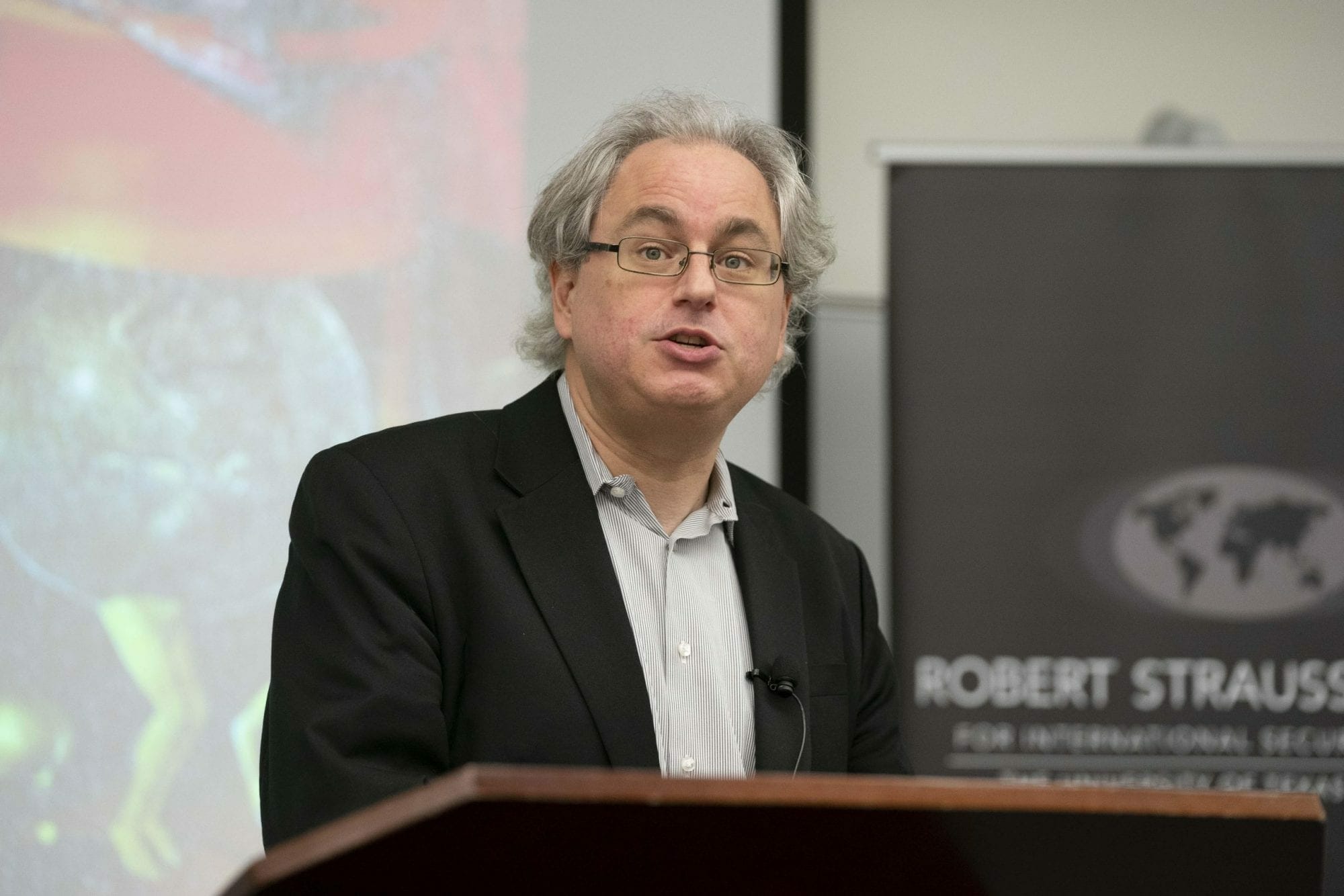 Kenny did cede that there are losers to globalization, but he quickly noted that the, “China shock,” plays a relatively small part in the oft-cited story of decline in American manufacturing. Kenny pushed back against zero-sum evaluations of globalization. He characterized the effect of the China shock as an additional source of churn in the U.S. job market. Kenny explained, six million jobs are churned in the U.S. market each month. In a globalized economy, manufacturing accounts for relatively little of the money being made in the supply chain of any particular good, and the price of services is increasing. The prices of commodity goods are being held low by global competition, and America’s low-income population is heavily dependent on those commodity goods. In short, any impact from loss of manufacturing jobs in the American economy is being absorbed by an increasingly valuable services sector and low global prices for basic consumer goods.

Kenny concluded his talk by stressing the necessity of global engagement. He noted that there are shared burden issues, such as climate change, that cannot be solved without global participation. The solution to such problems would be global public goods, but creating those solutions will absolutely necessitate international cooperation. Kenny left the audience with the idea that zero-sum thinking is the biggest threat to such global progress.

Kenny is the author of the book “Getting Better: Why Global Development is Succeeding, and How We Can Improve the World Even More” and “The Upside of Down: Why the Rise of the Rest is Great for the West.” He has been a contributing editor at Foreign Policy magazine and a regular contributor to Business Week magazine. Kenny was previously at the World Bank, where his assignments included working with the VP for the Middle East and North Africa Region, coordinating work on governance and anticorruption in infrastructure and natural resources, and managing a number of investment and technical assistance projects covering telecommunications and the Internet.