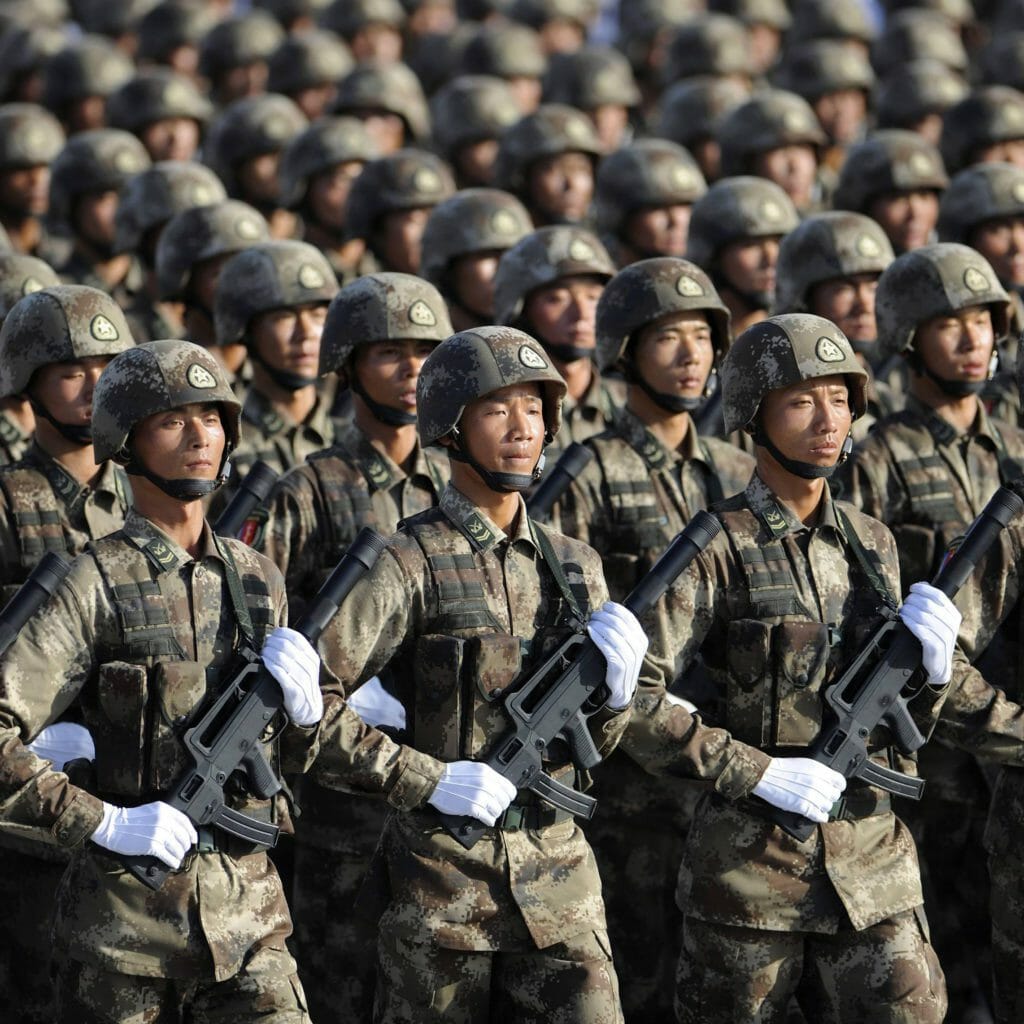 On October 21, the Strauss Center, Clements Center, and Asia Policy Program hosted Tom Shugart, Adjunct Senior Fellow with the Defense Program at the Center for a New American Security, for “Red Planet: The Growing Reach of China’s Military.” Adam Klein, the Strauss Center’s Deputy Director, welcomed guests and listed highlights from Mr. Shugart’s illustrious career as a former submarine warfare officer in the U.S. Navy and principal officer at the Defense Department’s Office of Net Assessment. A graduate of the University of Texas at Austin, Mr. Shugart provided an overview of China’s military development and how it will affect our global future.

Mr. Shugart began his presentation by outlining the three goals that China’s leaders in the 1980s established for the People Liberation Army (PLA), culminating with having a global navy by 2050. In pursuing these goals, Mr. Shugart argues, China’s Navy has engaged in the largest and most rapid expansion of maritime and aerospace power in generations. Shugart argued that China’s increased military presence attempts to move the U.S. from the Western Pacific by force, thereafter achieving domination in the region.

Mr. Shugart described China’s military-civil fusion, pointing out how civil ships meet certain military standards. He then discussed how China’s military development is not defensive, including a significant expansion of their long-range bomber force. He also explained how recent efforts have led to China’s Navy being the world’s largest in terms of the sheer number of ships involved.

During the Q&A session, Mr. Shugart answered questions on how the Biden Administration should respond to China’s military expansion, the major challenges facing China’s top leadership, and more.

Tom Shugart is an Adjunct Senior Fellow with the Defense Program at the Center for a New American Security. His research focuses on undersea warfare and maritime competition, military innovation and acquisition, and the broader military balance in the Indo-Pacific.

Mr. Shugart served for over twenty-five years in the Navy, where he last worked in the Defense Department’s Office of Net Assessment. He served as a submarine warfare officer during his military service, deploying multiple times to the Indo-Pacific region and commanding the nuclear-powered fast attack submarine USS Olympia (SSN 717) from 2013 to 2016. Following his submarine command tour, he served on the Navy Staff as the principal officer providing oversight of the Columbia Class SSBN Program, the Navy’s highest-priority acquisition effort. Over the course of his military career, he served aboard both fast attack and ballistic missile submarines as well as at shore headquarters; he also served on the Joint Staff as the principal officer responsible for nuclear strike planning, advising of senior Defense Department leaders on nuclear weapons employment plans, and the training of Presidential military aides and command center personnel on nuclear command and control.

Mr. Shugart’s writing has appeared in War on the Rocks, the National Interest, the U.S. Naval Institute’s Proceedings, and the Lowy Institute’s Interpreter. He has provided expert testimony to the U.S.-China Commission and the Senate Foreign Relations Committee, and has been quoted in publications such as The New York Times, The Wall Street Journal, The Japan Times, CNN.com, and The Economist. During a previous assignment to the Center for a New American Security as a Navy Fellow, in 2017 he published the highly influential study First Strike: China’s Missile Threat to U.S. Bases in Asia, which has been cited in numerous U.S. and international think tank reports and studies.

Mr. Shugart is a graduate of the U.S. Naval War College, where he holds an M.A. in National Security and Strategic Studies. During his time there, he served as a full-time member and Red Force commander of the Halsey Alfa Group, gaming near-future operational-tactical warfighting in East Asia. He is also a graduate in Mechanical Engineering of the University of Texas at Austin, and received postgraduate training in nuclear engineering from the U.S. Naval Nuclear Propulsion Program. He is an instrument-rated Commercial Pilot and FAA-Certified Flight Instructor.