On Wednesday, December 6, 2017, the Robert Strauss Center welcomed Gary Ackerman, Director of the Unconventional Weapons and Technology Division of the National Consortium for the Study of Terrorism and Responses to Terrorism (START), for a talk on emerging terrorist attack modes. The talk is part of the Strauss Center’s Brumley Speaker Series, and free and open to the public.

Photos of the event can be found here.

Emerging technologies create one of the largest unknowns in national security. Dr. Gary Ackerman has led research on how unconventional weapons and terrorism might collide. The nexus of these two forces is greatly unexplored in national security and, especially as relationships with state actors become rocky, it is common for non-state threats to slip through the cracks. Dr. Ackerman’s talk on emerging technology and the terrorist threat, paints a foreboding picture of what the terrorist threat could actually accomplish given the right impetus. 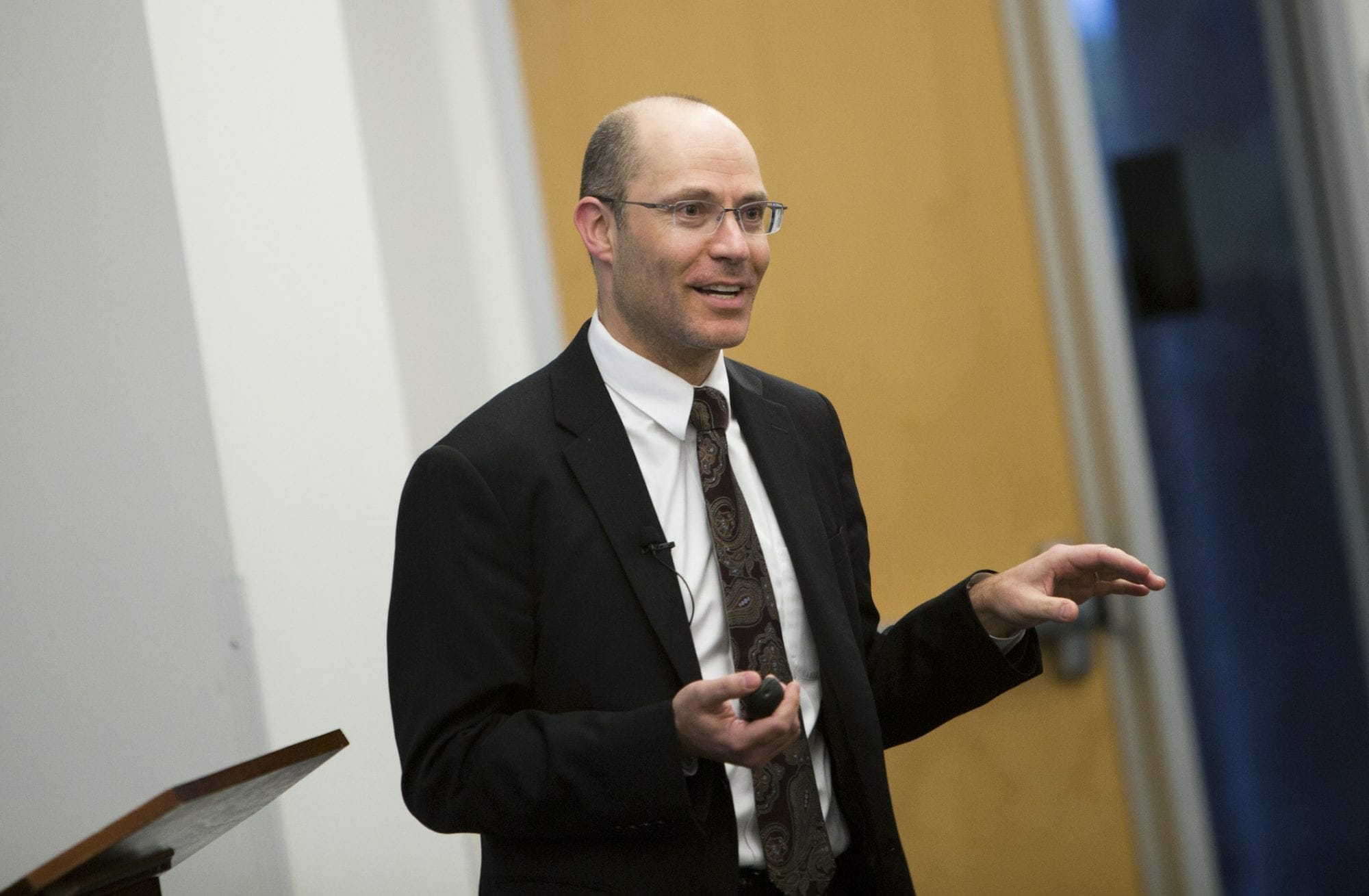 A focus of Dr. Ackerman’s talk included the threat of drones. Now purchasable online, terrorist factions could order numbers of drones and use them as a swarm. One drone loaded with explosives would not cause that much damage but a swarm could be used to harm people in their offices or take down buildings. This is the only advanced technology that could be used in such a way. 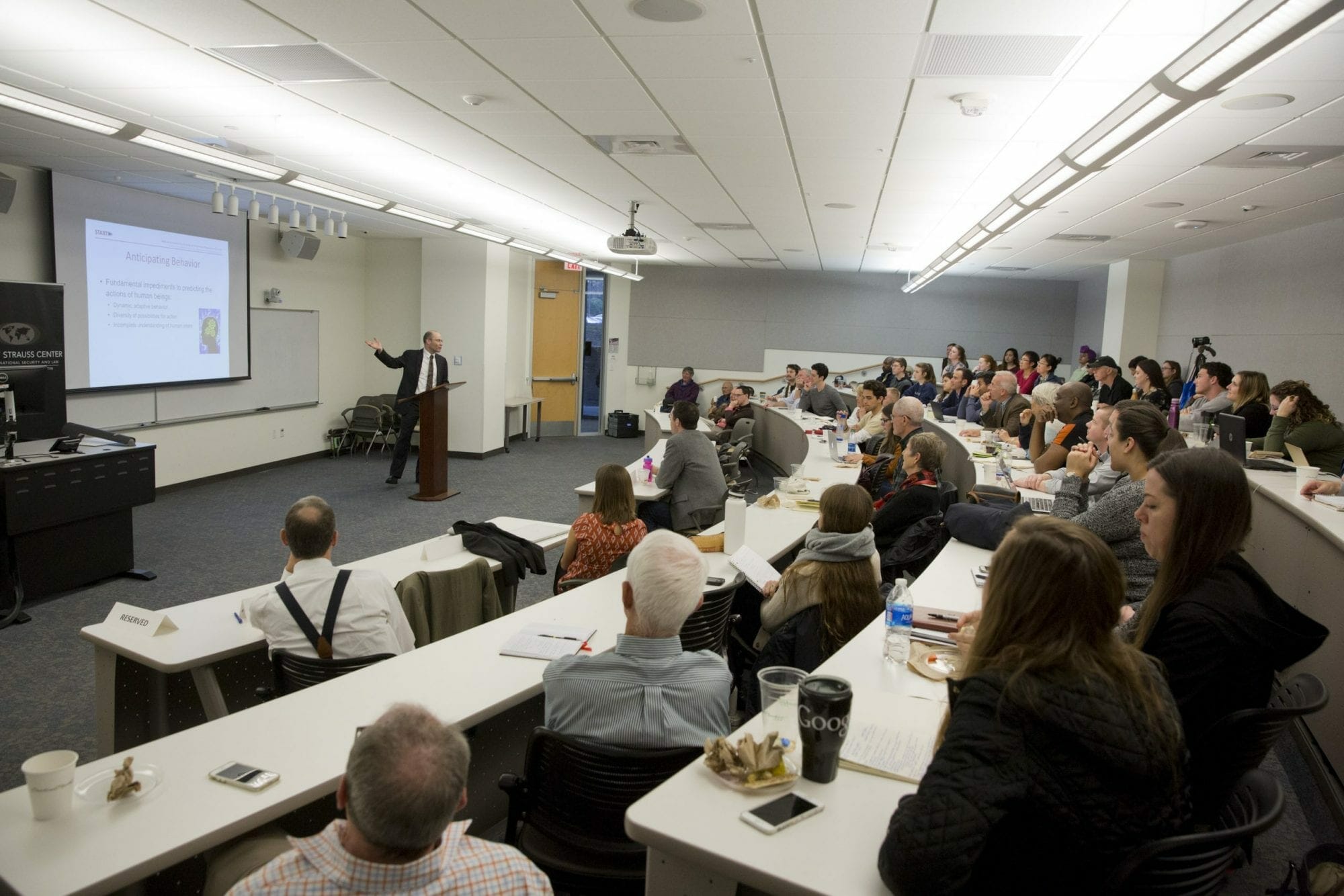 Tracking new threats is also difficult. 3D printing creates unique opportunities to build parts of new technology without tipping off authorities who would track suspicious purchases. One doesn’t need a high-tech laboratory to create a devastating weapon. With only 30 minutes on YouTube and some ingenuity, an individual could create mayhem not seen as possible only 20-30 years before. 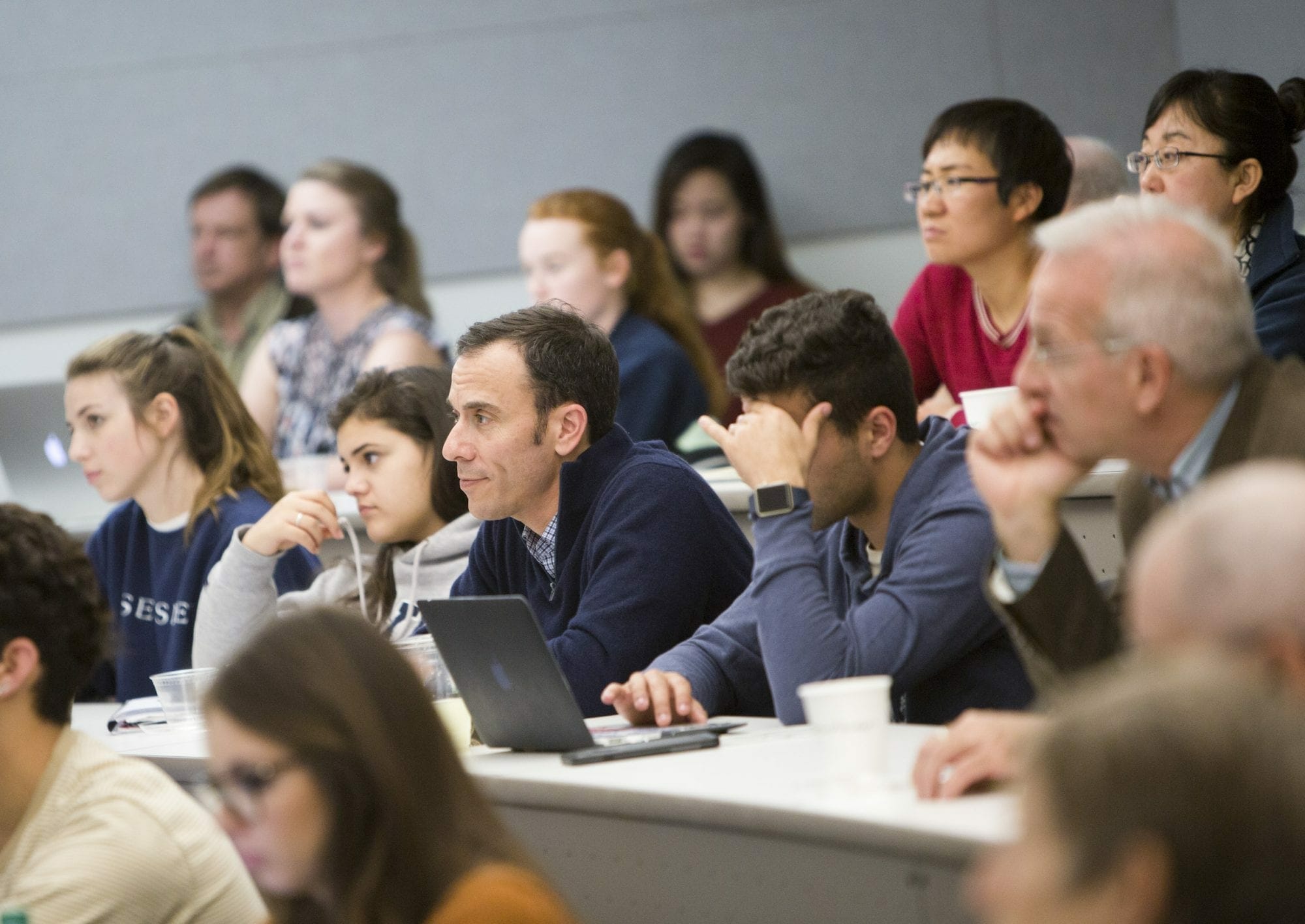 Dr. Ackerman’s analysis also looked at what leads groups to try more advanced technology as opposed to the more traditional methods of causing terror. Largely, groups are more likely to rely on traditional methods they are conservative and would normally choose the tried and true methods. That is not to say that we should ignore this threat, as Dr. Ackerman emphasized, but that we should look at what is possible and what are the motivations that might cause groups to rely on unconventional weapons to achieve their aims. 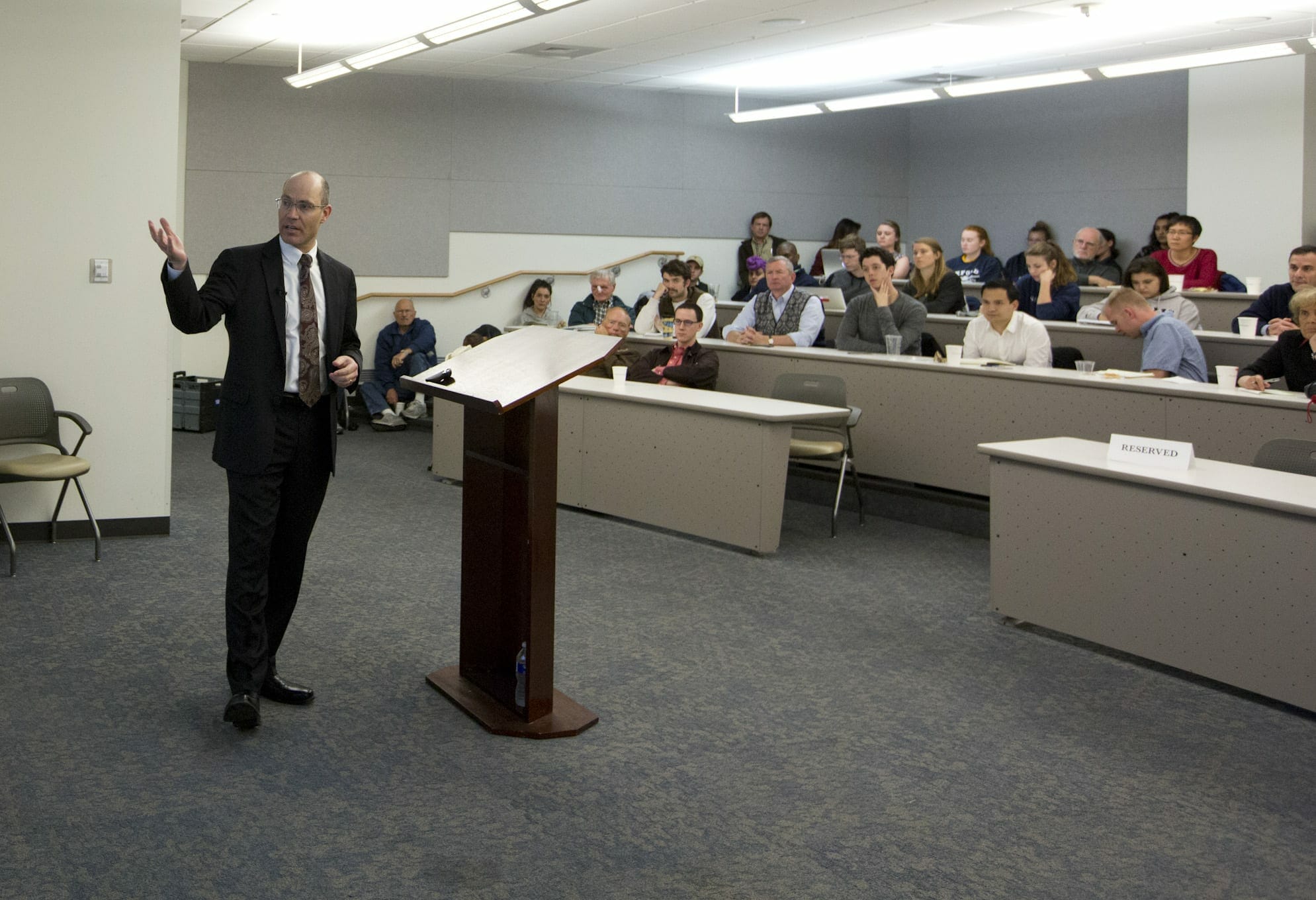 Part of Dr. Ackerman’s job at START is not just looking at terrorist attacks and strategies, but also model how the attacks take place and who perpetrates them. Many of the identified terrorist threats, the ones likely to use emerging technologies are few and far between. However, as this technology advances, it would behoove policy experts to build pathways towards regulation and response now.

Gary Ackerman is the Director of the Unconventional Weapons and Technology Division at the National Consortium for the Study of Terrorism and Responses to Terrorism (START). Prior to taking up his current position, he was Research and Special Projects Director at START and before that the Director of the Weapons of Mass Destruction Terrorism Research Program at the Center for Nonproliferation Studies in Monterey, California.  His research encompasses various areas relating to terrorism and counterterrorism, including terrorist threat assessment, radicalization, terrorist technologies and motivations for using chemical, biological, radiological, and nuclear (CBRN) weapons, and the modeling and simulation of terrorist behavior. He is the co-editor of Jihadists and Weapons of Mass Destruction (CRC Press, 2009), author of several articles on CBRN terrorism and has testified on terrorist motivations for using nuclear weapons before the Senate Committee on Homeland Security. He completed his PhD in War Studies at King’s College London, dealing with the impact of emerging technologies on terrorist decisions relating to weapons adoption.