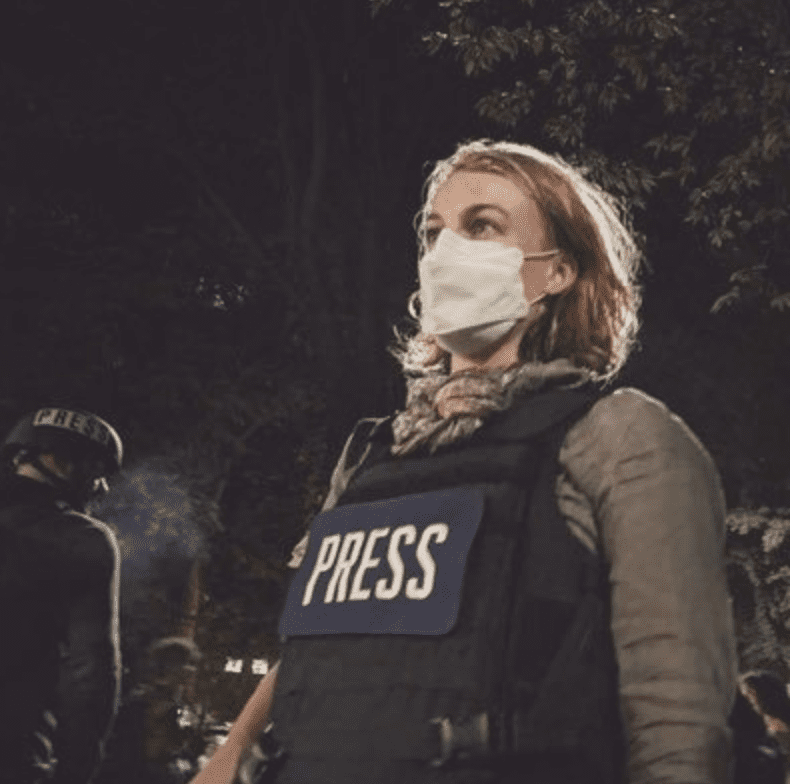 An On-the-Ground Look at Domestic Extremism

On March 30, the Strauss Center hosted Tess Owen, Senior Reporter at VICE News covering extremism, hate crimes, and gun control.  Tess Owen’s virtual talk explored her reporting on domestic extremist movements. Specifically, she provided an overview of her experiences, exploring who participates in these groups, various ideologies, and the role of law enforcement. Ms. Owen discussed the impact of legislative efforts (debates around the First and Second Amendment, Section 230 reform, content moderation, and domestic terrorism designations). Lastly, she provided feedback on key events such as Charlottesville and what policymakers may be missing. This webinar was part of our Brumley Speaker Series.

Tess Owen is a reporter with VICE News covering extremism, hate crimes, and guns. Since joining VICE in 2015, she has written extensively about white supremacy, the militia movement, and the intersection of extremism and mainstream politics. She is a two-time winner of the Newswomen Award for Investigative Reporting.