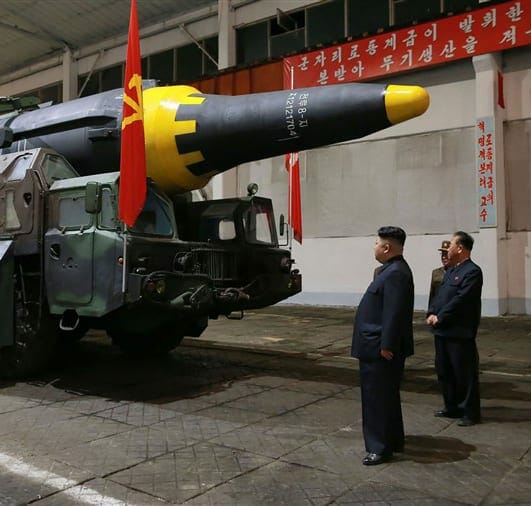 Mr. Garlauskas began by providing an overview of his career path, which began in the intelligence estimates branch in North Korea. He then explained the methodology associated with “estimative intelligence”, which he defined as intelligence concerned with the future that deals with possibilities rather than certainties. He further noted that estimative intelligence is distinguished by its use of “red-lensing”— an attempt to understand an adversary’s mindset by way of viewing the world through their eyes. Mr. Garlauskas then described the two primary schools of thought which underlie this variety of intelligence work, namely, the schools of thought associated with Sherman Kent and Phil Tetlock. He then presented his projections for North Korea in 2021, noting that Kim Jong-un’s decision to host the eighth party congress in advance of President Joe Biden’s inauguration is an important gesture, as it reveals he plans to dictate his own agenda rather than respond to the Biden administration’s agenda. The results of that congress had a few more key implications for the future of DPRK policy. One implication is that it seems evident that Kim Jong-un is preparing for sustained economic hardship, indicating a preparedness to stick out current conditions without seeking U.S. relief and its associated restrictions on North Korean behaviors. Another important aspect of the congress was that it revealed Kim Jong-un’s ongoing commitment to the development of weapons systems of advanced capabilities, including unmanned aerial vehicles and nuclear missiles.

Taken in whole, Mr. Garlauskas argued, these indicators should lead us to keep our expectations low as it appears North Korea does not plan to need U.S. sanctions relief. To that end, he also noted we could see some continued testing of short-range missiles and solid-fuel systems, as tests of this variety have not yet garnered a strong response by the international community. He concluded his forecast by noting that the long-term potential for limiting North Korean nuclear development is more promising than the near-term. Mr. Garlauskas then answered questions on a range of topics including the possibility of ICBM tests, the role of China in North Korean nuclear proliferation, regime stability in North Korea, and more. Listen to the full conversation below.

North Korea is often described by perplexed pundits as “unpredictable,” and even experienced intelligence professionals refer to it as a “hard target.” Garlauskas will explain the analytic tradecraft that can be used to meet the difficult challenge of making strategic-level forecasts of North Korean behavior, based on nearly two decades of experience in government focused on North Korea at the US National Intelligence Council and in the headquarters of US Forces Korea. He will then apply this methodology to provide an overall forecast of what to expect from North Korea in 2021, and the implications of various scenarios for US policy and strategy under the new Administration. His presentation will be followed by a question and answer session, where he will share insights useful for better understanding North Korea, as well as for careers in strategy and intelligence.

Markus V. Garlauskas led the U.S. intelligence community’s strategic analysis on North Korea as the National Intelligence Officer (NIO) for North Korea from July 2014 to June 2020. Before his appointment as NIO, he served in Seoul at the US Forces Korea headquarters for nearly 12 years in a variety of key positions, including as the Chief of Intelligence Estimates and the Director of Strategy. Following the conclusion of his government appointment as a member of the Senior National Intelligence Service, he joined the Scowcroft Center for Strategy and Security of the Atlantic Council as a nonresident senior fellow affiliated with its Asia Security Initiative. He earned a master’s degree from Georgetown University’s Security Studies Program and now teaches a new course in Strategic Analysis of North Korea for this program. Follow him on Twitter: @Mister_G_2.