The Streetlight Effect in Climate Change Research on Africa

On Tuesday, November 14, 2017, the Strauss Center, along with the Clements Center, and LBJ School of Public Affairs, welcomed Cullen Hendrix, Strauss Center CCAPS researcher and Associate Professor at the University of Denver, for a talk on the “streetlight effect” in climate change research on Africa.

Photos of the event can be found here and a video can be accessed here.

The streetlight effect is a term coined by Hendrix to address a problematic pattern he observed through his research on climate change in Africa: when analyzing the interaction between climate change and political and economic stability, there is a tendency to conduct research in regions that are geopolitically more convenient. In scholarly research, the streetlight effect causes academics to focus on particular cases, variables, and questions for reasons of convenience rather than broader relevance, construct validity, or policy import. Doing so undoubtedly creates bias in our body of knowledge, even when individual studies themselves are unbiased.

Hendrix provided numerous reasons, both practical and professional, how the streetlight effect occurs. Practically, variables such as language, the safety and permissiveness of information, ease of travel and personal connections, as well as the availability of secondary sources and data, lead researchers to work in areas of the world that are convenient. Additionally, researchers tend to focus on well-known, well-understood cases, attracting and engaging larger audiences in pursuit of their own professional interests rather than accounting for academic demand for their research. Such reasoning creates a strong dichotomy in research design: that which is convenience or capacity-based and that which is need-based. 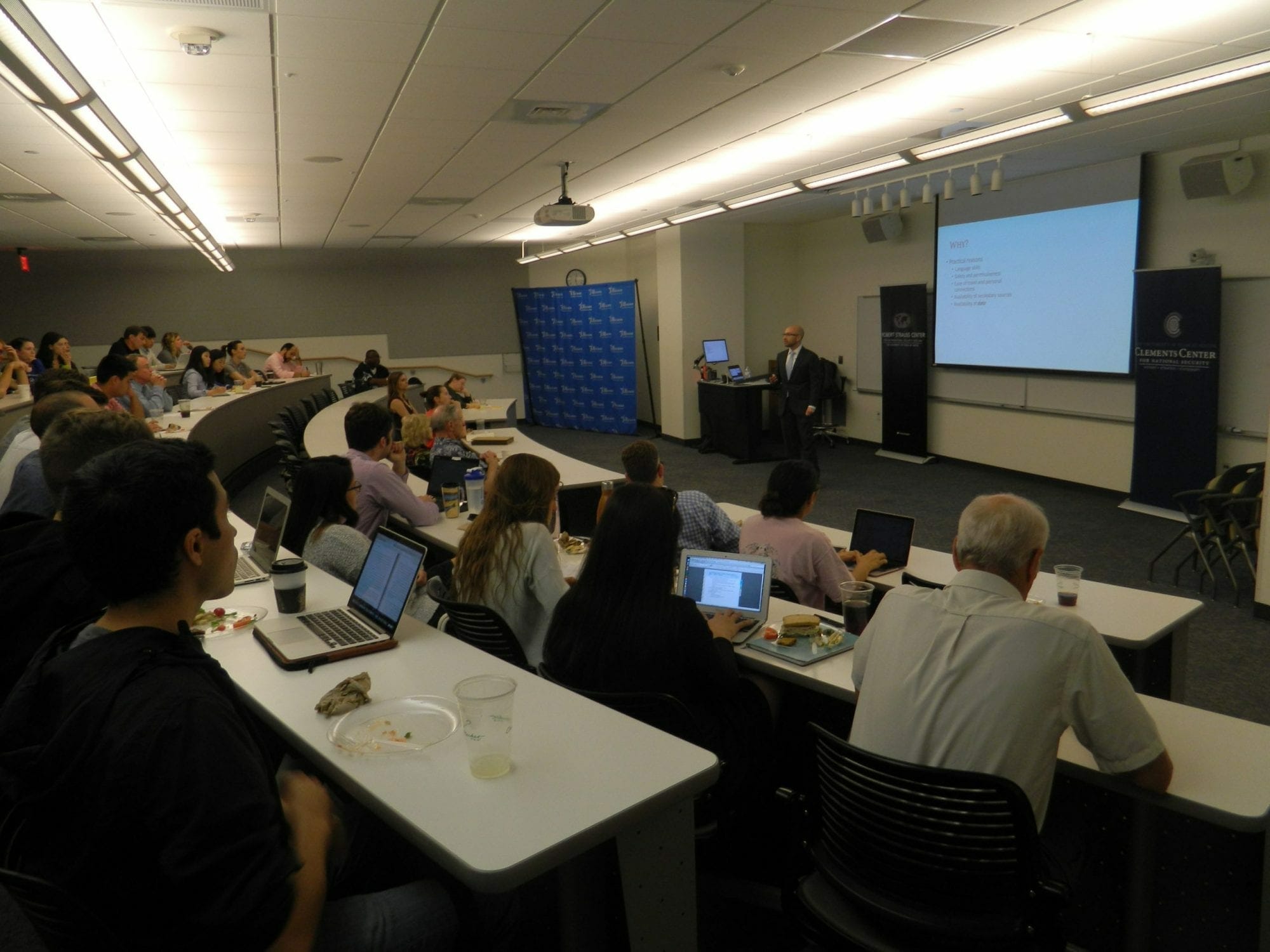 When studying climate change, a need-based analysis would lead researchers to focus on countries that face the greatest rate of exposure. Countries that necessitate research under this model are the most populous, the poorest, and largely agriculturally dependent. However, for both the practical and professional reasons listed prior, researchers design projects that do not necessarily address critical aspects of the problem. 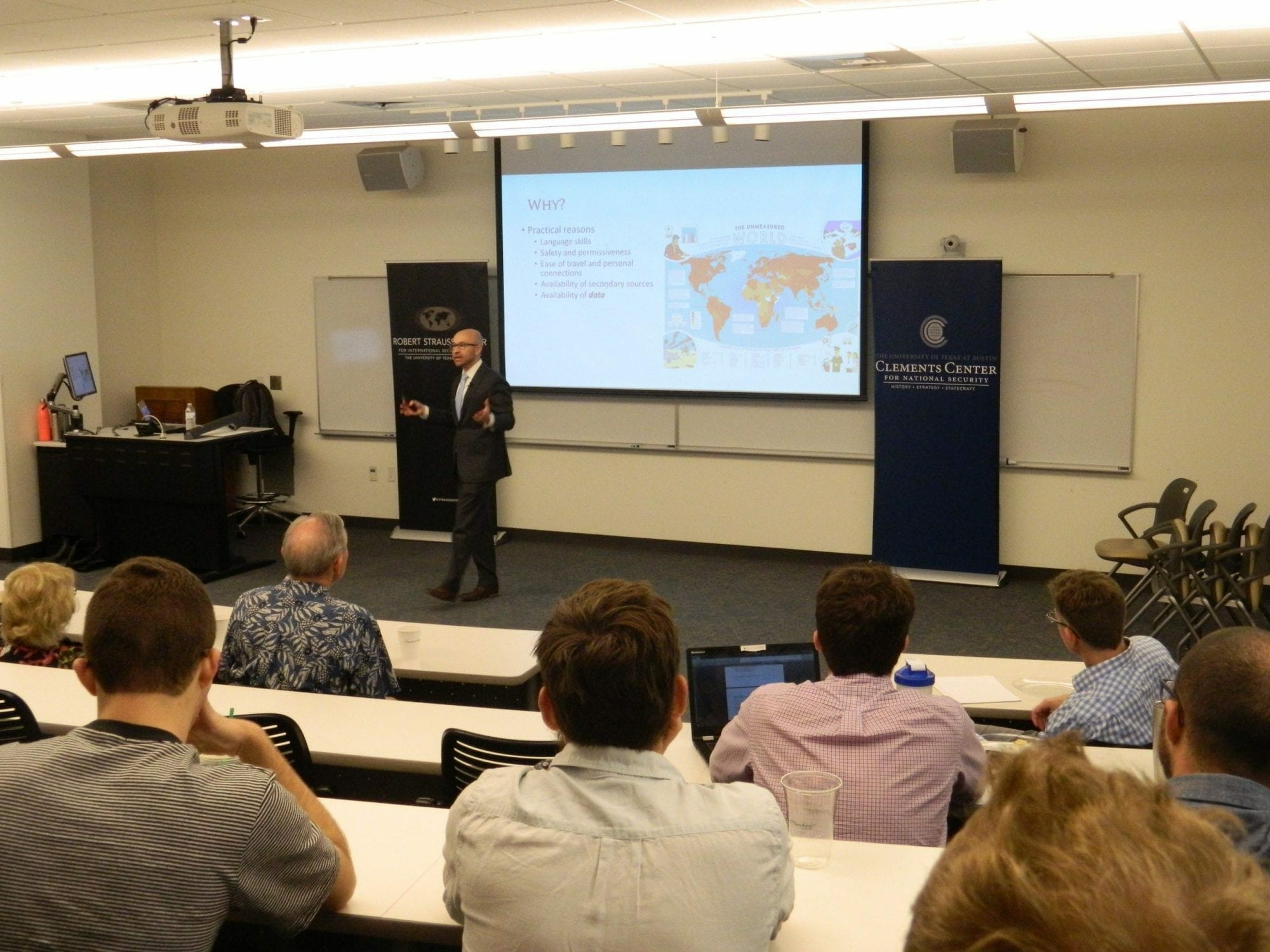 Hendrix stated that, while the inherent bias highlighted by the streetlight effect is significant, it is difficult to quantify its magnitude. To address the problem, he suggested that the academic community encourage students to study foreign languages, not just methods; encourage scholars to diversify their subjects this is going to mean rejecting otherwise sound studies and proposals; should invest in the translation of non-English studies to spread those studies to a larger audience; and should oversample non-Anglophone countries to provide sufficient representation to understudied areas.

Ultimately, the streetlight effect creates undeniable, immeasurable bias in extensive bodies research. Dr. Hendrix’s study not only sheds light on the problem, it also spurs conversation about the progressive steps needed to both highlight underrepresented research and expand our scholarly base.

Dr. Cullen Hendrix is an Associate Professor at the Josef Korbel School of International Studies at the University of Denver and a Research Associate at the Centre for the Study of Civil War at the Peace Research Institute Oslo (PRIO). He is also an Associate at the Robert S. Strauss Center for International Security and Law. Prior to joining the faculty at the University of Denver, Dr. Hendrix was an Assistant Professor at the College of William and Mary and a Research Fellow at the University of California’s Institute on Global Conflict and Cooperation and at PRIO’s Centre for the Study of Civil War. His research interests include international security, civil conflict, the environment, and development, and his work has appeared in journals such as Political Geography and Journal of Peace Research. His current work focuses on the political and economic consequences of environmental degradation and climate change for peace, security, and stability in the developing world, with a particular emphasis on Africa. Dr. Hendrix received his PhD in Political Science from the University of California, San Diego.