Was George Washington a Strategic Genius?

On Thursday, February 21, 2019, the Strauss Center and Clements Center welcomed Tom Ricks, a military historian and author, to answer the question “Was George Washington a Strategic Genius?”

Photos from the event are available here. 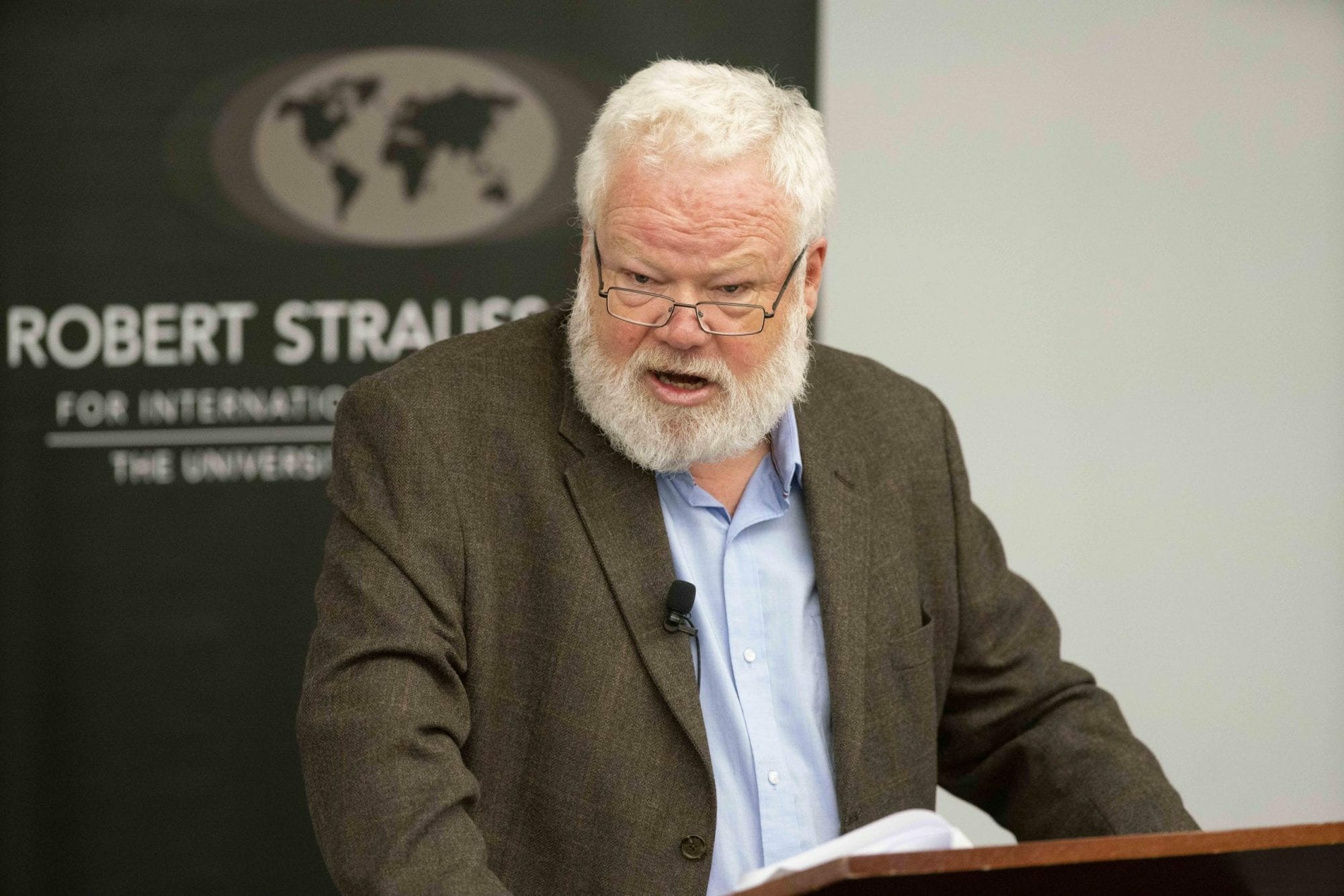 Ricks started the talk by noting that three of the four first American presidents fit the traditional description of great thinkers, formally educated and steeped in the classics. George Washington, however, did not have such a background. Ricks explained that Washington had almost no formal education, never travelled to Europe, did not speak a foreign language, and was not well read. Rather, Washington was described by his fellow founding fathers as “a thoughtful man,” and a “slow and steady,” thinker. Washington did not acquire these attributes at a prestigious institution; he learned lessons through military failure.

Ricks’ narrative began with the Battle of Fort Duquesne, a battle during the French and Indian war in which the British suffered particularly heavy losses. There, Washington saw two thirds of the more than one-thousand-man British force wiped out. Following the end of the French and Indian war, twenty years passed before Washington returned to war. However, Ricks asserted, Washington came away from his time in the French and Indian War having learned five tactical lessons:
1. Know whom you are fighting.
2. Study the land, and make it your ally.
3. As circumstances change, be ready and willing to change preconceived assumptions.
4. Listen to the dissenters.
5. Think slowly; act quickly. 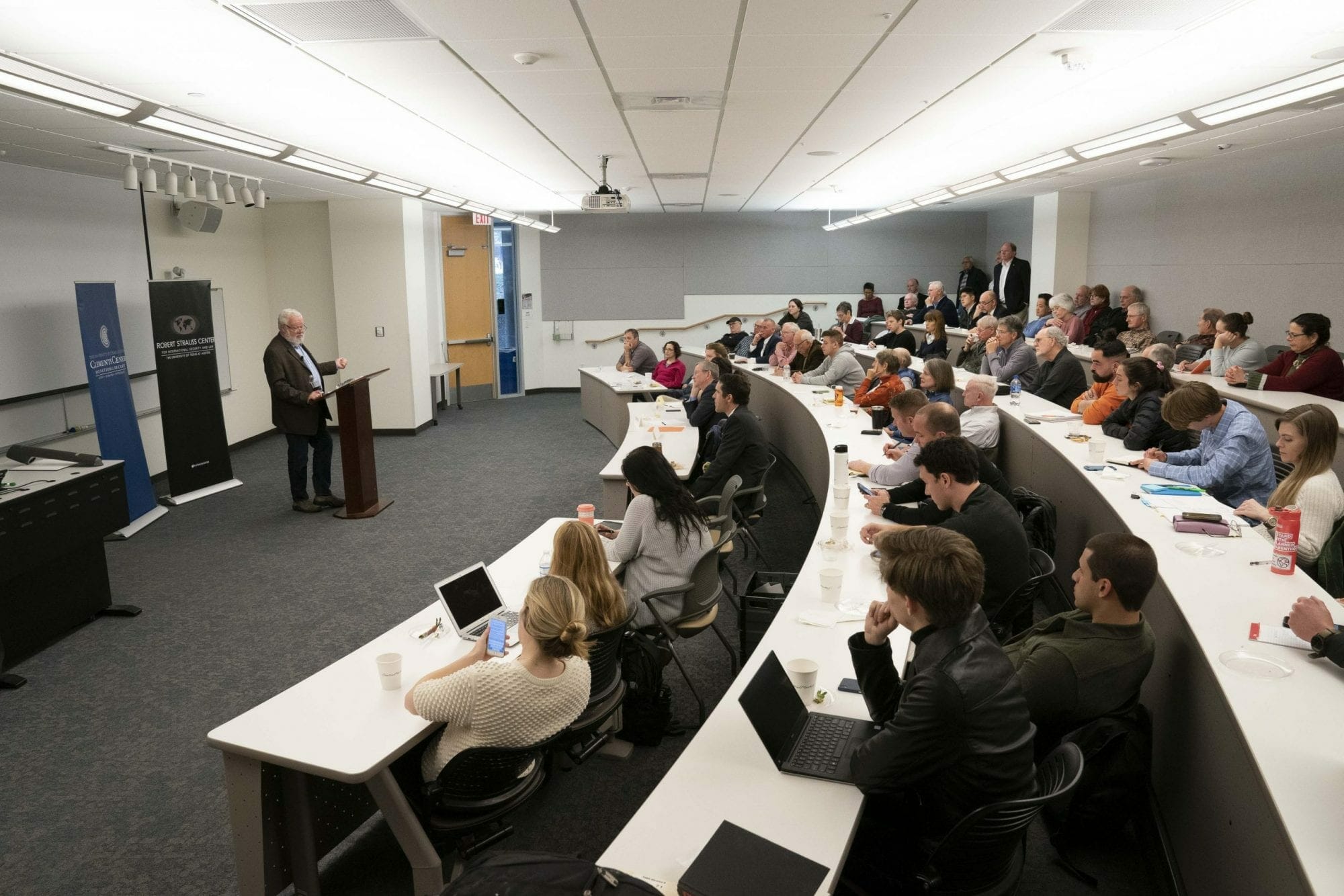 Ricks quickly added that while these were valuable tactical lessons, Washington still needed to learn strategy. In the years prior to the Revolution, Washington garnered political experience, and in June of 1775, he became the first person in the U.S. army.

Before discussing Washington’s role in the Revolution, Ricks noted that the best measure of a General is to ask: “do they understand the war they are in?” Ricks explained that though Washington had very few battlefield victories, he fundamentally understood, in a critical time, that this was a war for the people.

Washington realized, in 1776, that he didn’t need to win battles; he needed to win the war. By this time, Washington had suffered repeated losses, been chased out of New York, and grown contemptuous of his militiamen. However, Ricks explained, Washington soon realized that complaining about how militiamen were lousy in set piece battles was akin to complaining about a saw not being a hammer. Washington learned that the militiamen had other strengths. The militiamen knew the land; they were most effective when fighting close to home, where they were most directly defending their loved ones. With this knowledge, Washington started a series of skirmishes in New Jersey. Ricks noted that the British force was 31,000 strong when George Washington was forced out of New York; five months later, only 14,000 remained. 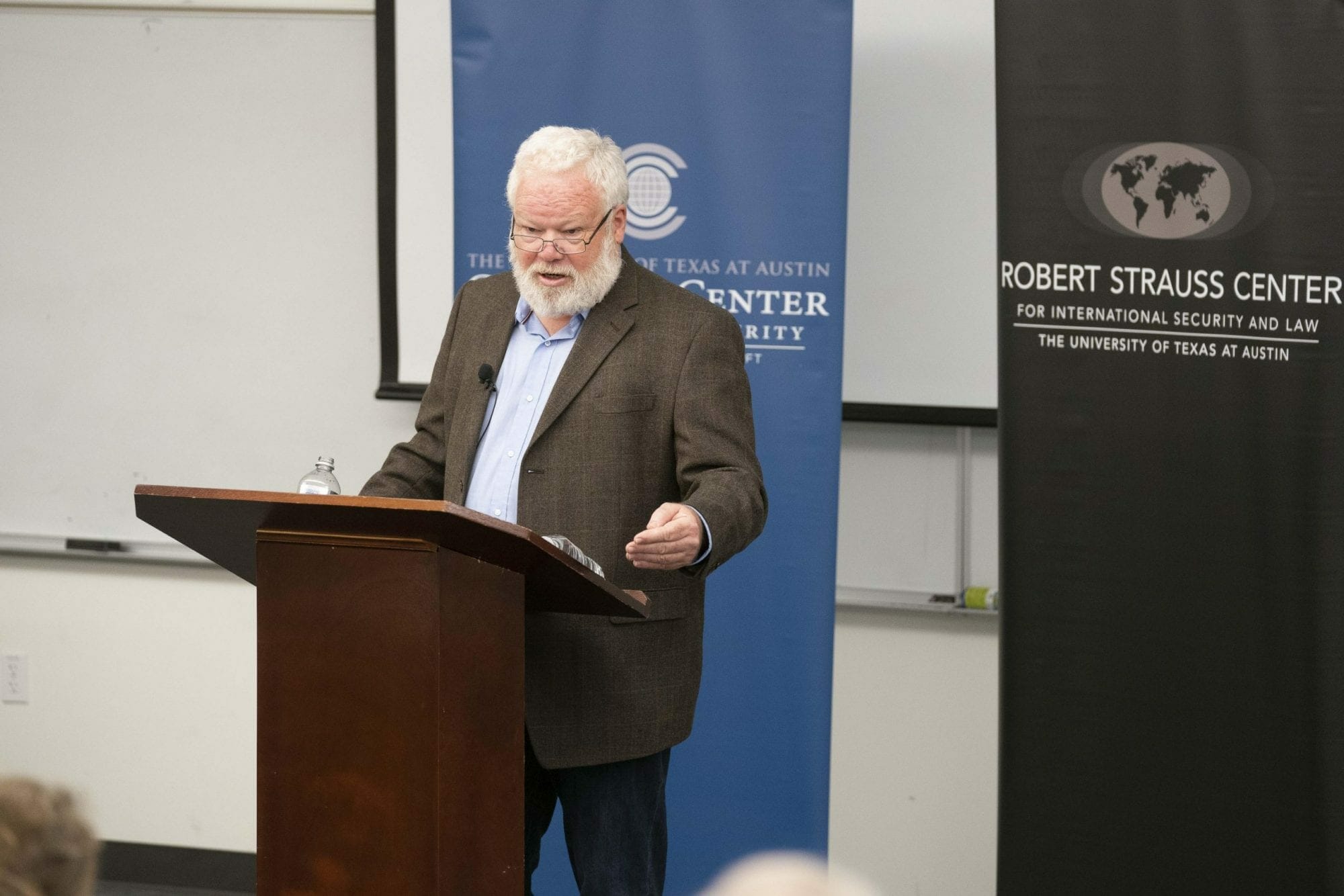 Ricks described Washington’s strategy as being styled after that of General Fabius, the Roman general credited with defeating Hannibal by refusing to engage. Fabius continually avoided battling Hannibal, and eventually, Hannibal returned to Carthage. Washington’s modified Fabian strategy, Ricks explained, and as Washington’s aide, Alexander Hamilton, described it, was “to avoid a general engagement and waste the enemy away.” There were, of course, times when battle was necessary, but largely, those battles, such as Brandywine, Germantown, and Saratoga, were fought for political reasons.

Ricks noted that prior to the Battle of Monmouth, the British took a census, identifying all Loyalists in Philadelphia; they then evacuated Philadelphia, abandoning loyalists and galvanizing the patriot cause. This, Ricks suggested, was enigmatic of the British’s larger mistake: they did not understand the war they were fighting, as Washington most certainly did.

In answering what lasting value Washington’s strategic history holds, Ricks said that the key lesson for America today lays in the fact that Washington and his troops did not rotate out. “They were in it for fight.” Nodding to America’s revolving-door presence in Afghanistan, Ricks postulated on how the mentality of making it through one year rather than making it through the war fundamentally changes leaders’ strategic calculus. Returning to Washington and his men, Ricks quipped: “They were in it for the duration, knowing that if they lost they’d be hung, a threat which I’m sure helped focus the mind wonderfully.”

Tom Ricks is currently the military history columnist for The New York Times Book Review, and has also written on defense matters in Atlantic Monthly and other publications. He has authored six books, the best known of which is Fiasco: The American Military Adventure in Iraq, 2003-05 (2006), which was number one on The New York Times bestseller list and a Pulitzer Prize finalist in 2007. His most recent book, and his fourth consecutive New York Times bestseller, is Churchill and Orwell: The Fight for Freedom (May 2017).

Ricks is currently a visiting fellow in history at Bowdoin College. As a journalist, Ricks wrote about military affairs for The Wall Street Journal and The Washington Post, reporting from such places as Somalia, Kosovo, Afghanistan, and Iraq. On both papers he was part of reporting teams that won Pulitzer Prizes.