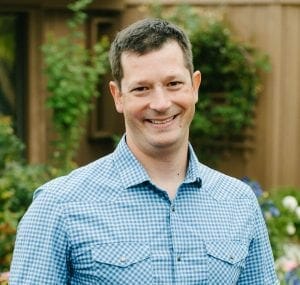 Bryan Jones is a technology entrepreneur and technology executive with experience working with leading companies and enterprises across ecommerce, healthcare and advertising ecosystems.  His experience spans from executive roles with publicly traded companies, serving as startup founder and CEO, and starting a venture studio and angel investing firm. Companies that Bryan have co-founded include Get Healthy, b.well Connected Health and Collider Media.

While leading Collider Media, Bryan developed and patented the world’s first publisher-centric, data management platform for mobile and digital advertising, used by companies such as Pandora and IAC.  During this time, Bryan became an expert in ways that companies use and leverage targeted media, cross-device targeting, location-based advertising, consumer privacy and data collection, and disinformation and propaganda. Bryan began his career as a mergers-and-acquisitions and corporate finance attorney with DLA Piper.

Bryan also spends a significant amount of time at the intersection of democracy and technology. He currently serves as the Chairman of the Board for Stand Up Republic, a nonprofit organization focused on advocating for government reform in order to defend and strengthen American democracy. He is also the co-founder and Chairman of the Board of Protego Press, a nonprofit organization focused on the intersection of technology and policy. Jones also is an adjunct professor at the University of Texas School of Law, where he teaches on propaganda, deception and manipulation in the technology era.

Jones has Engineering BS, MBA and JD degrees, all from the University of Texas at Austin. He is also a former swimming World and American Record Holder, and US National Champion, having competed at the World Championships and Goodwill Games for the United States. Jones is a 22 time All-American for the University of Texas Men’s Swimming and Diving team, where he captained the 2000 NCAA Championship team, before swimming professionally for 4 years.  Jones also is an Eagle Scout, the highest rank attainable in the Boy Scouting program of the Boy Scouts of America.