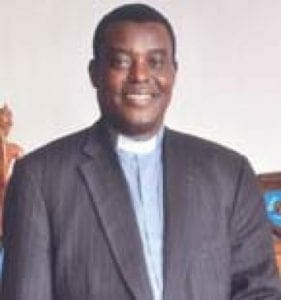 Dr. Eghosa E. Osaghae, is Professor of Comparative Politics and Vice Chancellor of Igbinedion University, Okada, Nigeria. Before taking up appointment at Okada, he was Leader of the Ford Foundation-funded Programme on Ethnic and Federal Studies, Director of the Centre for Peace and Conflict Studies at the University of Ibadan, and chair of the University’s Senate Curriculum Committee. Between 1994 and 1998, he was Professor and Head of the Department of Political Studies at the University of Transkei, South Africa. He has also been a Visiting Professor/Fellow/Distinguished Senior Scholar at the Carter Centre of Emory University USA (1989), University of Liberia (1989/90), Salzburg Seminar, Austria (1993), University of Cape Town South Africa (1994), the Nordic Africa Institute, Uppsala Sweden (1994), University of Ulster, Northern Ireland (1999, 2000), Northwestern University USA (2002, 2004), University of Cambridge UK (2003), a number of universities and research institutes in India (2005, 2009), Dartmouth College USA (2005) and Yale University USA (2009). He was a Rockefeller ‘Reflections on Development’ Fellow (1989/90), and was most recently a MacArthur Fellow. In 1996, he won the “Best Paper Award” at the Eighth annual conference of the International Association for Conflict Management in Helsignor, Denmark. Professor Osaghae also won the “Best Article Award for 2004” of the African Politics Conference Group – a coordinate group of the American Political Science Association, African Studies Association and International Studies Association. The same article also won the 2004 Lawrence Dunbar Reddick Memorial Scholarship Award for the best article on Africa published in the Journal of Third World Studies.

Professor Osaghae has published extensively on ethnicity, federalism, governance and state politics in books and journals. Amongst his books are Federal Character and Federalism in Nigeria (1989), Between State and Civil Society in Africa (1994), The Management of the National Question in Nigeria (2001), Structural Adjustment and Ethnicity in Nigeria (1995), Ethnicity, Class and State Power in Liberia (1995), Crippled Giant: Nigeria Since Independence (1998), The Nigerian Civil War and its Aftermath (2002) and Researching Conflict in Africa: Insights and Experiences (2005), a co-edited book published by the United Nations University Press. He has published well over 100 articles in books and learned international journals.