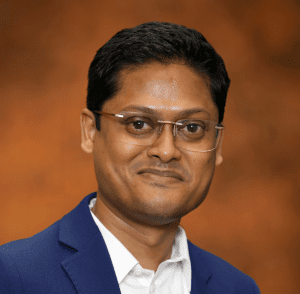 Jaganath Sankaran is an assistant professor in the Lyndon B. Johnson School of Public Affairs at The University of Texas, Austin. He works on problems that lie at the intersection of international security and science & technology. He spent the first four years of his career as a defense scientist with the Indian Missile R&D establishment. His work in weapons design and development led to his interests in matters such as missile defenses, space weapons, military net assessment and arms control.

The current focus of his research is the growing military and nuclear weapons capabilities of China and the counter military balancing undertaken by the United States, Japan, India and other states. In particular, Sankaran studies the impact of emerging technological advances on weapons systems deployed by these states. He has also written about the U.S.-Russian disagreements over missile defenses and nuclear arms control.

Sankaran has held fellowships at the Los Alamos National Laboratory, the Belfer Center for Science and International Affairs, Harvard University, and the RAND Corporation. Before joining UT Austin, he was an assistant research professor at the University of Maryland School of Public Policy. He has served on study groups of the National Academies of Sciences (NAS) and the American Physical Society (APS) examining missile defenses and strategic stability. He has published in International Security, Contemporary Security Policy, Journal of East Asian Studies, Asian Security, Strategic Studies Quarterly, Arms Control Today, Bulletin of Atomic Scientists and other outlets. His research has also been published by the RAND Corporation and the Stimson Center. Sankaran earned a Ph.D. in Public Policy and a Master of Engineering and Public Policy from the University of Maryland.