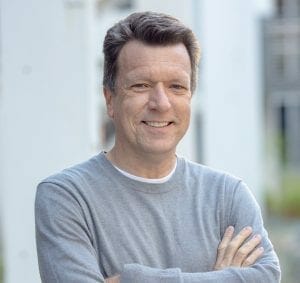 Associate Professor of History, Director of the LBJ Presidential Library

Mark Atwood Lawrence is Director of the LBJ Presidential Library and Museum in Austin, Texas. Until January 2020, he taught as Associate Professor of History at UT-Austin, where his classes focused on American and international history. Lawrence is author of Assuming the Burden: Europe and the American Commitment to War in Vietnam (Berkeley:  University of California Press, 2005), which won the Paul Birdsall Prize for European military and strategic history and the George Louis Beer Prize for European international history. In 2008, he published The Vietnam War:  A Concise International History (New York:  Oxford University Press), which was selected by the History Book Club and the Military History Book Club. He has also published several edited and co-edited books, as well as numerous articles, chapters, and reviews on various aspects of the history of U.S. foreign relations. In 2005, he was awarded the President’s Associates’ Award for Teaching Excellence at UT-Austin and in 2019 the Silver Spurs Centennial Teaching Fellowship from the UT College of Liberal Arts. Lawrence has held the Cassius Marcellus Clay Fellowship at Yale University (2006-2008) and the Stanley Kaplan Visiting Professorship in American Foreign Policy at Williams College (2011-2012). He earned his BA from Stanford University and his PhD from Yale University. He is now completing a study of U.S. policymaking toward the Third World in the 1960s. His new book, The End of Ambition: The United States and the Third World in the Vietnam Era, will be published by Princeton University Press in fall 2021.