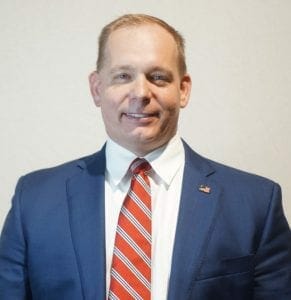 Paul Butler graduated with a Masters of Laws (LL.M.) in Cybersecurity Law from The University of Texas. Prior to attending UT Law, Paul worked as a Legal Assistance Attorney with the United States Army Combined Arms Support Command, Fort Lee, Virginia. Paul is an active member of the American Immigration Lawyers Association’s (AILA) national Military Assistance Program committee and has served as a panelist at the 2019 AILA National Conference and has guest lectured at the U.S. Army Judge Advocate Center and School. Paul also currently serves as a Lieutenant Colonel with the U.S. Army Reserve and is a Team Chief with the 10th Legal Operations Detachment, located in Gaithersburg, Maryland. Paul served as a Judge Advocate for the U.S. Army for over 10 years on active duty, and for 8 years in the U.S. Army Reserve. Paul’s military service throughout many locations in the United States and Europe involved significant work in military justice (prosecution and defense), military administrative law, legal assistance, as well as international & operational law. Paul is member of the state bars of Nebraska and Virginia and is admitted to practice before the Army Court of Criminal Appeals as well as the Court of Appeals for the Armed Forces. Paul received his J.D. from the University of Nebraska College of Law (2003) and received his B.A. (cum laude) in International Studies & History from Creighton University (2000). He is also a graduate of Gerry Spence’s Trial Lawyers College, DuBois, Wyoming (2009). Paul is married to his spouse, Colonel Alisa Wilma, and lives both in Austin and San Antonio, Texas.