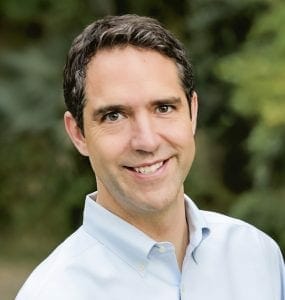 Bobby Chesney is the Director of the Strauss Center, and holds the James Baker Chair and serves as the Associate Dean for Academic Affairs at the University of Texas School of Law.

In 2009, Professor Chesney served in the Justice Department in connection with the Detention Policy Task Force created by Executive Order 13493. He also previously served the Intelligence Community as an associate member of the Intelligence Science Board and as a member of the Advanced Technology Board. In addition to his current positions at the University of Texas, he is  a member of the American Law Institute, and a senior editor for the Journal of National Security Law & Policy, and a former non-resident Senior Fellow of the Brookings Institution.

Professor Chesney is a co-founder and contributor to www.lawfareblog.com, the leading source for analysis, commentary, and news relating to law and national security. In addition to his blogging at Lawfare, those interested in national security law should consider following Professor Chesney on Twitter (@bobbychesney) as well as subscribing to the National Security Law Podcast (which he co-hosts with his colleague Steve Vladeck). Professor Chesney’s scholarship focuses on U.S. national security policies and institutions, encompassing both domestic and international law issues. His articles may be downloaded from SSRN here.

Professor Chesney is a magna cum laude graduate of both Texas Christian University and Harvard Law School. After law school he clerked for the Honorable Lewis A. Kaplan of the United States District Court for the Southern District of New York and the Honorable Robert D. Sack of the United States Court of Appeals for the Second Circuit. He then practiced with the firm Davis Polk & Wardwell in New York (litigation), before beginning his academic career with Wake Forest University School of Law. There he received a teacher of the year award from the student body in one year, and from the school’s dean in another. In 2008 he came to the University of Texas School of Law as a visiting professor, and then joined UT on a permanent basis in 2009. He became the Associate Dean for Academic Affairs in 2011.

Professor Chesney teaches a variety of courses, including: Constitutional Law, National Security Law, Foundations of Cybersecurity: Law, Institutions, and Policy; Law of the Intelligence Community; History of U.S. Counterterrorism Law & Policy: 1970 to Present; Evidence, Civil Procedure, and an array of seminars.  He is from San Antonio.