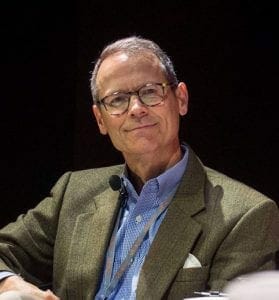 Stephen B. Slick is Director of the Intelligence Studies Project, a joint venture of the Robert Strauss Center for International Security and Law and the William P. Clements Center for National Security. He retired in 2014 after 28 years as a member of CIA’s clandestine service.

Between 2005 and 2009, Steve served as a special assistant to the president and the Senior Director for Intelligence Programs and Reform on the staff of the National Security Council. He was previously the Director for Intelligence Programs at the NSC. While serving at the White House, Steve participated in efforts to restructure and reform the intelligence community informed by recommendations of the commissions charged with investigating the 9/11 attacks and the flawed pre-war analysis of Iraq’s unconventional weapons programs. These efforts included a series of executive orders on U.S. intelligence issued in August 2004, key provisions in the Intelligence Reform and Terrorism Prevention Act of 2004, the administration’s responses to recommendations by the “WMD Commission”, as well as significant amendments to Executive Order 12333 that were approved by President George W. Bush in 2008.

Steve completed five overseas tours as a CIA operations officer and manager, including service from 2009 to 2013 as the chief of station and director of national intelligence’s representative in a Middle Eastern capital. His assignments at CIA Headquarters included service as an executive assistant to the deputy director of central intelligence and leading CIA’s operations in the Balkans. Steve received CIA’s Medal of Merit, Commendation Medal and other awards.

Prior to joining CIA, Steve was a litigation associate at the law firm of Rawle and Henderson in Philadelphia. Steve received a B.A. from the Pennsylvania State University, J.D. from the UCLA School of Law, and Master in Public Policy from Princeton University’s Woodrow Wilson School of Public and International Affairs.