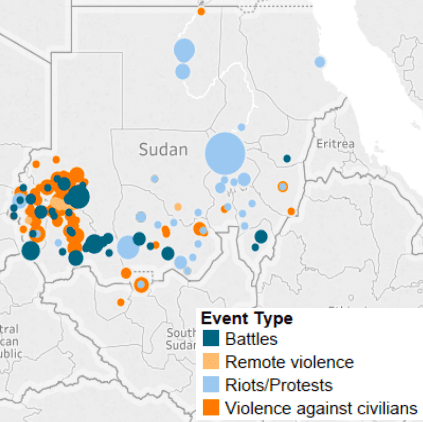 This month’s issue presents conflict summaries on
Ethiopia, Libya, and Mali and explores the decline in activity of the Kamwina Nsapu (KN) militia in Democratic Republic of Congo, the potential for nationwide escalation of protests in Morocco, violent activity across Niger, an increase in riots/ protest against President Zuma’s recent cabinetn and poor service delivery in South Africa, a temporary lull in overall conflict in South Sudan but unprecedented levels of intercommunal violence in the first part of 2017, conflict between government forces and Darfur rebels in Sudan, and economic protests in southern Tunisia.