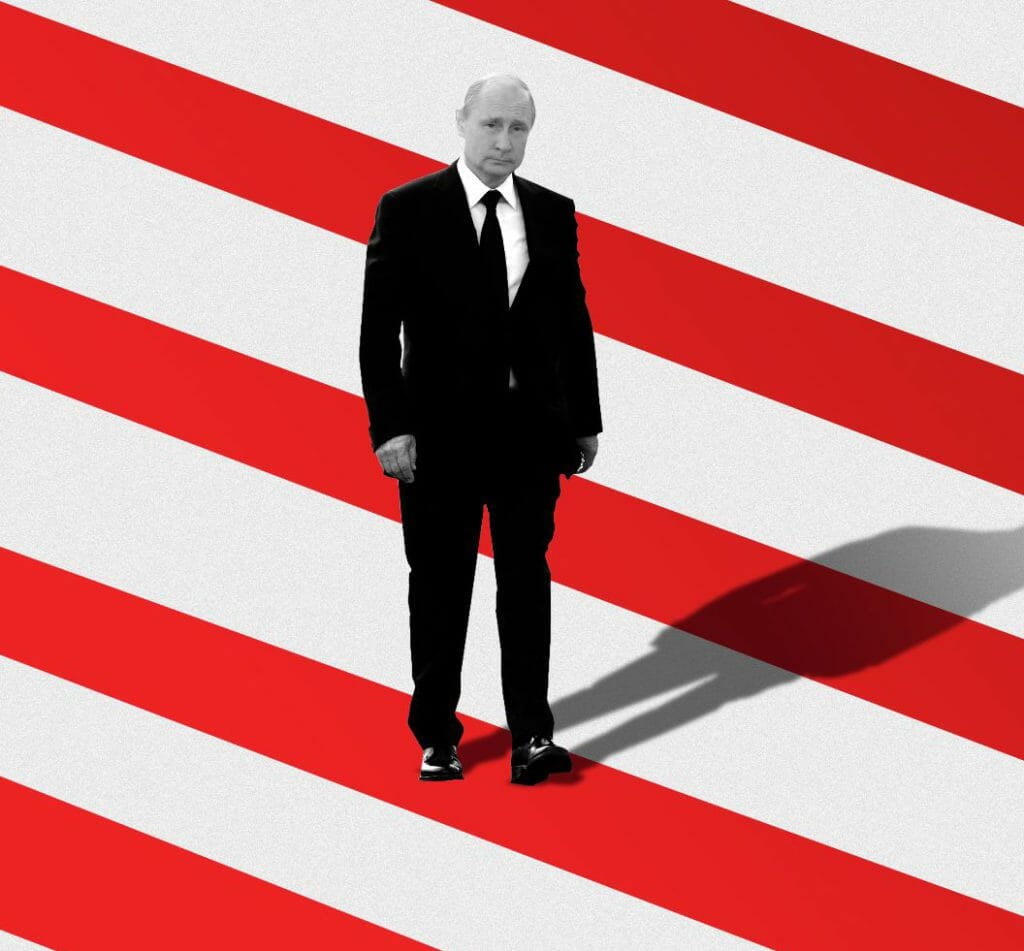 On September 15, 2021, the Strauss Center, the Intelligence Studies Project, and the Clements Center for National Security hosted Ms. Emily Harding, Senior Fellow at the Center for Strategic and International Studies and former Deputy Staff Director for the Senate Select Committee on Intelligence, for a public talk on Russian interference in the 2016 presidential election. Stephen B. Slick, Director of UT’s Intelligence Studies Project moderated the discussion.

Ms. Harding began her career as an analyst at the CIA and then served in the National Security Council alongside Professor Slick, who introduced her to guests. Throughout the discussion, Ms. Harding acknowledged her colleagues who worked with her on the Senate report under the leadership of Chairman Burr and Vice Chairman Warner. First, she shared the Senate Select Committee on Intelligence’s history, founded in 1976 and responsible for investigations such as the Watergate Report. Ms. Harding shared a timeline about her Senate Select Committee on Intelligence’s investigation into Russia’s multi-faceted campaign to interfere in the 2016 U.S. elections. Ms. Harding emphasized that the scope of the committee’s report went beyond the press allegations regarding President Trump and focused instead on the foreign power of Russia. Additionally, Ms. Harding explained the differences between her committee’s report and Bob Mueller’s investigation and the challenges that resulted from both investigations happening simultaneously. One key takeaway from her investigation was that Russia was not supporting one particular candidate in the 2016 U.S. election. Instead, Ms. Harding notes, Russia aimed to sow chaos, discord, and distrust in our electoral system. Ms. Harding expressed optimism in our electoral system, given the improvements that the federal, state, and local governments have made since the 2016 election. During the Q&A portion, Ms. Harding fielded questions on disinformation, the role of oversight in today’s political climate, and public-private partnerships on sharing data.

Emily Harding is deputy director and senior fellow with the International Security Program at the Center for Strategic and International Studies (CSIS). She joined CSIS from the Senate Select Committee on Intelligence (SSCI), where she was deputy staff director. In her nearly 20 years of government service, she has served in a series of high-profile national security positions at critical moments. While working for SSCI, she led the Committee’s multiyear investigation into Russian interference in the 2016 elections. The five-volume, 1,300-page report reshaped the way the United States defends itself against foreign adversaries seeking to manipulate elections, and it was lauded for its rigor, its thoroughness, and as the only bipartisan effort on election interference. During her tenure on the Committee, she also served as the subject matter expert on election security, counterintelligence and associated cybersecurity issues, and the Middle East. She oversaw the activities of 18 intelligence agencies and led SSCI staff in drafting legislation, conducting oversight of the intelligence community, and developing their expertise in intelligence community matters.

She began her career as a leadership analyst at CIA, and then became a manager of analysts and analytic programs. She led the Iraq Group during the attempted Islamic State takeover of Iraq and Syria and led a multidisciplinary group of analysts working crises worldwide, drawing from many perspectives to provide rich analysis to policymakers. During a tour at the National Security Council, she served as executive assistant to the deputy national security adviser for global democracy strategy and then as director for Iran, where she led interagency efforts to create innovative policies drawing on all elements of national power. After leaving the White House, she served on a team running the first Office of the Director of National Intelligence-led presidential transition, where she was responsible for liaising with both campaigns and briefing the incoming administration on a wide range of intelligence topics. Harding holds a master’s degree in public policy from Harvard University’s Kennedy School of Government and a bachelor’s degree in foreign affairs from the University of Virginia.

For questions regarding the event, email: [email protected]