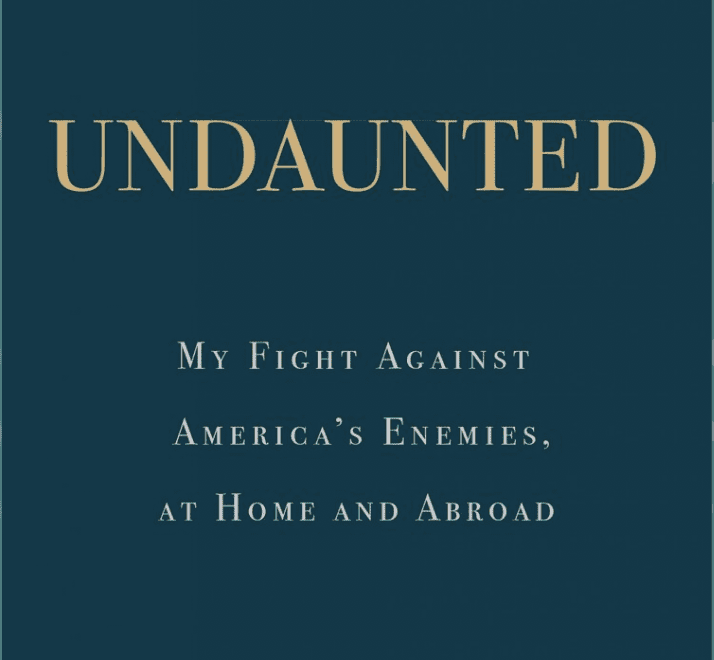 John O. Brennan’s “Undaunted: My Fight Against America’s Enemies, At Home and Abroad”

On Monday, October 26, The University of Texas at Austin’s Intelligence Studies Project, the Strauss Center, and Clements Center will host former CIA Director John Brennan for a virtual book talk on his recently released book, Undaunted: My Fight Against America’s Enemies, At Home and Abroad. Director Brennan will be joined in a conversation on national security with former UT Chancellor and Commander, U.S. Special Operations Command, Adm. William McRaven.

Please note that you must have a registered Zoom account to be able to log into this webinar. Virtual doors open at 12:00PM.

For questions about this event, please email Kim Nguyen at kimanh.nguyen@law.utexas.edu.

Former CIA Director John O. Brennan renewed his association with The University of Texas and the Intelligence Studies Project after 33 years of distinguished government service. He served as the Director of the Central Intelligence Agency under President Barack Obama from 2013 to 2017. Before becoming Director, Mr. Brennan served at the White House for four years as Assistant to the President for Homeland Security and Counterterrorism. Mr. Brennan began his service in government at the CIA, where he worked from 1980 to 2005. He spent most of his early career in the Agency’s main analytic arm, the Directorate of Analysis, specializing in the Near East and South Asia before directing counterterrorism analysis in the early 1990s. In 1994 and 1995, he was the daily intelligence briefer to President Bill Clinton. After an assignment as a Chief of Station in the Middle East, Mr. Brennan served from 1999 to 2001 as Chief of Staff to Director of Central Intelligence George Tenet. Mr. Brennan was the Deputy Executive Director of the CIA in 2003 when he was asked to lead a multi-agency enterprise that became the National Counterterrorism Center (NCTC). In 2004, he became NCTC’s Interim Director.

Admiral (Ret.) William McRaven, former University of Texas System chancellor and retired U.S. Navy four-star admiral, joined The University of Texas at Austin as a professor in national security in 2018. As UT’s Chancellor, he oversaw 14 institutions that educate 221,000 students and employ 20,000 faculty and more than 80,000 health care professionals, researchers and staff. As the commander of U.S. Special Operations Command, Adm. McRaven led a force of 69,000 men and women and was responsible for conducting counterterrorism operations worldwide. He is a recognized national authority on U.S. foreign policy and has advised presidents George W. Bush and Barack Obama and other U.S. leaders on defense issues. Adm. McRaven oversaw the 2011 Navy SEAL raid in Pakistan that killed al-Qaeda leader Osama bin Laden. His book Spec Ops: Case Studies in Special Operations Warfare: Theory and Practice, published in several languages, is considered a fundamental text on special operations strategy. In 2016, Adm. McRaven received the Ambassador Richard M. Helms Award from the Central Intelligence Agency Officers Memorial Foundation.