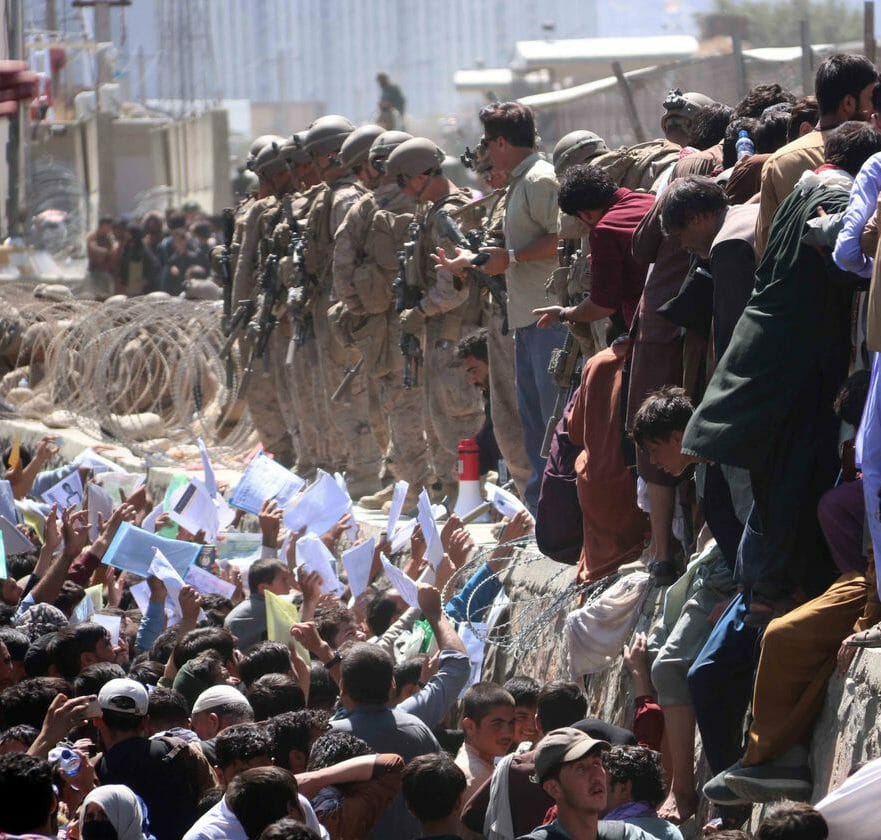 Our War in Afghanistan: Recollection, Consequence, and Opportunity

Bobby Chesney is the Director of the Strauss Center, and holds the James Baker Chair and serves as the Associate Dean for Academic Affairs at the University of Texas School of Law. In 2009, Professor Chesney served in the Justice Department in connection with the Detention Policy Task Force created by Executive Order 13493. He also previously served the Intelligence Community as an associate member of the Intelligence Science Board and as a member of the Advanced Technology Board. In addition to his current positions at the University of Texas, he is  a member of the American Law Institute, and a senior editor for the Journal of National Security Law & Policy, and a former non-resident Senior Fellow of the Brookings Institution. Professor Chesney is a co-founder and contributor to www.lawfareblog.com, the leading source for analysis, commentary, and news relating to law and national security. In addition to his blogging at Lawfare, those interested in national security law should consider following Professor Chesney on Twitter (@bobbychesney) as well as subscribing to the National Security Law Podcast (which he co-hosts with his colleague Steve Vladeck). Professor Chesney’s scholarship focuses on U.S. national security policies and institutions, encompassing both domestic and international law issues.

Paul Edgar is the Associate Director of the William P. Clements, Jr. Center for National Security at the University of Texas-Austin. He holds a PhD in Middle Eastern Languages and Cultures from the University of Texas and studies the historical origins of diplomacy, war, and strategy in pre-classical antiquity. He is also a philologist of several ancient languages. As a graduate student, he was a fellow in the Andrew W. Mellon Foundation’s Engaged Scholar Program and also with the Clements Center. Prior to beginning work on his PhD, Paul had been an Olmsted Foundation Scholar at Tel Aviv University where he studied for his master’s degree, focusing on early Israelite and Jewish literature from the Iron Age through the Crusades. Previously, Paul earned his bachelor of science degree in chemistry from Saint Mary’s University. His public writing has appeared in Foreign Policy, Task & Purpose, and Capital Commentary. He is currently finishing his first book, an international diplomatic history of the Late Bronze Age.

Before entering academia, Paul served more than 22 years as an infantry officer in the U.S. Army, beginning as a platoon leader in Korea and then in the 75th Ranger Regiment. He commanded an airborne company in Vicenza, Italy, deploying in support of numerous contingency and training operations throughout Europe and North Africa. He first deployed to Iraq during Operation Iraqi Freedom I in the capacity of security advisor to Vice Admiral (Ret.) John Scott Redd in the Coalition Provisional Authority. Paul returned to Iraq during the 2006-2007 surge, serving as an infantry battalion operations and executive officer, conducting counterinsurgency and combat operations in both Fallujah and South Babil Province. In 2008-2009, as an infantry brigade operations officer, he deployed to Afghanistan and conducted counterinsurgency operations in Paktika, Paktia, and Khost provinces.

Sheena Chestnut Greitens is an associate professor at the Lyndon B. Johnson School of Public Affairs and a Faculty Fellow for the Clements Center for National Security. She is also a Distinguished Scholar at the Robert Strauss Center for International Security and Law. Her work focuses on East Asia, authoritarian politics, and American national security policy. She is also a non-resident senior fellow at the Brookings Institution, an adjunct fellow with the Korea Chair at the Center for Strategic and International Studies, an associate in research at the Fairbank Center for Chinese Studies at Harvard University, and a member of the Digital Freedom Forum at the Center for a New American Security.  From 2015 to 2020, Greitens was an assistant professor of political science at the University of Missouri, and co-director of the University’s Institute for Korean Studies. Her work on China and North Korea has appeared in academic journals and edited volumes in English, Chinese, and Korean, and in major media outlets.  She has also previously testified to Congress on security issues in the Indo-Pacific. Her first book, Dictators and their Secret Police: Coercive Institutions and State Violence (Cambridge, 2016) received the 2017 Best Book Award from both the International Studies Association and the Comparative Democratization section of the American Political Science Association. In 2017-18, Greitens served as the First Lady of Missouri, where she helped lead the state’s trade mission to China and South Korea, and successfully advocated for major legislative and administrative reforms to Missouri’s policies on foster care, adoption, and child abuse prevention. She is currently working on two main research projects: one on China’s internal security policies and their implications for China in the world, and another on authoritarian diasporas, particularly focused on North Korea.  She holds a doctorate from Harvard University; an M.Phil from Oxford University, where she studied as a Marshall Scholar; and a bachelor’s from Stanford University.

Aaron O’Connell is Associate Professor of History at the University of Texas at Austin and the Director of Research at the Clements Center. Previously, he served as Director for Defense Policy & Strategy on the National Security Council at the White House, where he worked on a range of national security matters including security cooperation and assistance, defense matters in Africa, significant military exercises, landmine and cluster munitions policy, and high-technology matters affecting the national defense, such as autonomy in weapon systems.  He is a 22-year veteran of the U.S. Marine Corps.

Stephen B. Slick is the Director of the Intelligence Studies Project, a joint partnership between the William P. Clements Center for National Security and the Robert S. Strauss Center for International Security and Law. He retired in 2014 after 28 years as a member of CIA’s clandestine service. Between 2005 and 2009, Steve served as a special assistant to the president and the Senior Director for Intelligence Programs and Reform on the staff of the National Security Council. He was previously the Director for Intelligence Programs at the NSC. While serving at the White House, Steve participated in efforts to restructure and reform the intelligence community informed by recommendations of the commissions charged with investigating the 9/11 attacks and the flawed pre-war analysis of Iraq’s unconventional weapons programs. These efforts included a series of executive orders on U.S. intelligence issued in August 2004, key provisions in the Intelligence Reform and Terrorism Prevention Act of 2004, the administration’s responses to recommendations by the “WMD Commission”, as well as significant amendments to Executive Order 12333 that were approved by President George W. Bush in 2008.

Ruth Wasem teaches policy development courses on immigration, citizenship, refugees and legislative development. She is affiliated with the Institute for Urban Policy Research and Analysis and the Rapoport Center for Human Rights and Justice. For over 25 years, Dr. Wasem was a policy specialist at the Library of Congress’s Congressional Research Service. She has testified before the U.S. Congress on asylum policy, immigration, human rights and unauthorized migration. She is a fellow at the Bipartisan Policy Center and as a contributing opinion writer for TheHill.com Dr. Wasem’s research on asylum has resulted in two articles in 2020: “More than a Wall: The Rise and Fall of U..S Asylum and Refugee Policy,” in the Journal of Migration and Human Security, and “At the Nexus of Refugee and Labour Migration: U.S. Refugee Policy Formulation after the Second World War,” in the Journal of Migration History.