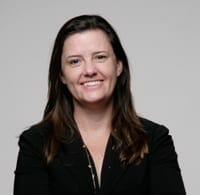 Ashley McIlvain Moran directs the State Fragility Initiative at the Robert Strauss Center for International Security and Law at the University of Texas at Austin, leading projects with USAID’s Office of Conflict Management and Mitigation, UN Security Council member states, and the Global Military Advisory Council on Climate Change. At the university, she previously directed the Strauss Center’s U.S. Department of Defense-funded program on Climate Change and African Political Stability, served as a core researcher on its DoD-funded program on Complex Emergencies and Political Stability in Asia and as the Center’s associate director, and taught on security and development in fragile states at the LBJ School of Public Affairs. Overseas, she previously served as parliamentary advisor in Georgia for the National Democratic Institute for International Affairs (NDI), ran democratic reform programs and trainings in Iraq and Azerbaijan for NDI, and designed rule of law programs in Kyrgyzstan for the Organization for Security and Co-operation in Europe (OSCE).

Ashley’s current research focuses on post-conflict constitutional development, the evolution of new institutions, dynamics of state identity and legitimacy, and crisis risks from climate stress in fragile contexts. She is currently a security fellow with the Truman National Security Project and serves on the Armed Conflict Location and Event Data Project (ACLED) Board of Directors and the Center for Climate and Security (CCS) Climate Security Advisory Group. She received a MALD in comparative law and development economics from the Fletcher School of Law and Diplomacy, and she is a PhD candidate in comparative public law at the University of Texas at Austin, focusing on the role of the Iraqi Federal Supreme Court in implementing the new democratic constitution and building social cohesion in Iraq.