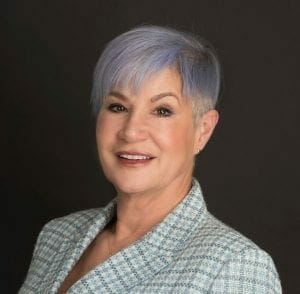 In addition, Diane is a non-resident scholar at UT Austin’s Strauss Center for International and Security Studies and an adjunct professor in its School of Law. She is helping to develop Strauss Center’s Space Security and Safety program, a trans-disciplinary program offering opportunities to work on solutions to challenges to the space environment through a combination of law, policy, engineering, and science curricula. Prior to joining UT Austin, Dr. Howard was one of the original architects of a similar multi-disciplinary program at the undergraduate level in Daytona Beach, FL at Embry-Riddle Aeronautical University.

Diane first became involved in space endeavors in 2004, on both the domestic and international levels. She was a citizen advocate for the passing of the Commercial Space Law Amendments Act of 2004, a critical piece of U.S. legislation that made possible the development of innovative technologies and a burgeoning commercial space transportation industry and participated in United Nations Committee on the Peaceful Uses of Outer Space capacity building initiatives in Rio de Janeiro, Brazil, and Kiev, Ukraine. After working as a staff attorney in the Florida Appellate courts for some years, she took the decision to specialize in space law and attended McGill University’s Institute of Air and Space Law. Her LLM thesis centered upon private space law issues and her doctoral work focused upon effective spaceport regulation.

Diane participates in numerous legal projects, both domestically (within the U.S.) and internationally. Dr. Howard was chair of the annual Space Traffic Management (STM) conference while at Embry-Riddle, ongoing since 2013 and hosted at UT Austin in 2019 and has been active in the STM community since 2011. She serves as Executive Secretary of the International Institute of Space Law (IISL) and has worked with COMSTAC Working Groups. The U.S. Department of State named her a subject matter expert to work in an Expert Group of the UN COPUOS STSC Long Term Sustainability of Space Activities Working Group. Dr. Howard was legal lead for the International Association for the Advancement of Space Safety Suborbital Safety (IAASS) Technical Committee. She continues to publish her research and speaks at space conferences and events throughout the world. In addition to the IISL and the IAASS, Diane is a member of the AIAA and the Florida Bar.