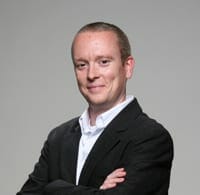 Scott Wolford is a Professor in the Department of Government at University of Texas. Professor Wolford earned his PhD in political science from Emory University in 2008, and his research focuses on international conflict and institutions. His first book, The Politics of Military Coalitions, was published by Cambridge University Press in 2015; Cambridge also published his textbook, The Politics of the First World War: A Course in Game Theory and International Security in 2019.