Oil tankers have historically proven resilient against attacks.[i] During the Tanker War in the 1980s, Iran and Iraq targeted commercial ships in the Gulf, hitting them with a wide variety of different weapons. Of the 411 ships attacked, 239 were oil tankers (60.5 percent). Oil tankers proved tougher than other kinds of ships: of the ships that were hit, 39 percent of bulk carriers and 34 percent of freighters were destroyed, compared to only 23 percent of oil tankers.[ii] In this context, "destroyed" means the ship either sank or was declared a constructive total loss (CTL), meaning that it would have cost more to repair the ship than the ship was worth.

The most successful attacks against tankers were with anti-ship cruise missiles (ASCMs), notably the famous French-build Exocet. Because Iran did not have many ASCMs in its arsenal until very late in the Tanker War, Iranian forces often fired on tankers heavy caliber machine-guns, RPGs, rockets, and missiles designed to attack aircraft or land-based armored vehicles (tanks). Even the anti-ship cruise missiles, with warheads designed to seriously damage naval surface combatants rather than the much-larger, heavier oil tankers, were generally too small to cause much damage to oil tankers. Attacks with other weapons caused little to no damage to tankers but sometimes disrupted a transit through the Persian Gulf by killing or injuring crewmembers. 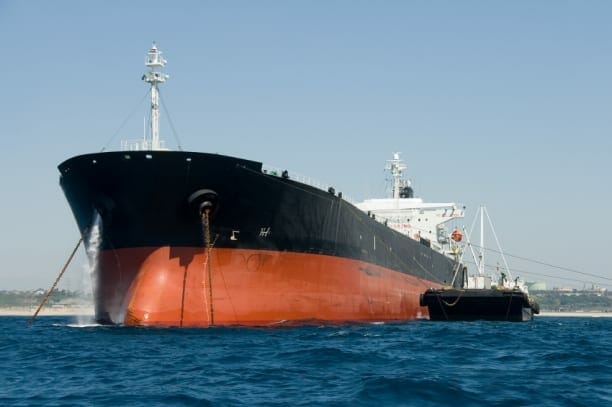 Oil tankers' defensive capabilities are much more limited than military ships'.[iii] Due to their bulk, tankers cannot change course quickly to take evasive action. Nor can chaff and other counter-measures do much to deceive incoming missiles to guide them away from the tanker, although some shippers tried these techniques during the Tanker War.

Tankers may have more luck shielding themselves by traveling with "gray ladies" - old tankers with little remaining commercial value that can be fitted with radar reflectors and other equipment to consciously try to attract incoming ordinance to the low-value target. Iran successfully used this technique during the Tanker War, especially near its Kharg Island oil terminal where tankers actively transporting oil had to linger while loading.[iv]

For protection against pirates and hijackers, ship owners have reportedly considered other safety measures as well, including building "cattle fences" onboard to shock terrorist trying to clamber board the vessel.[v] With or without a fence, it is very hard for a terrorist to board a VLCC from a small boat because a tanker's deck is so far above the water level.

But tankers that fear suicide attacks may want to keep small boats from approaching at all, whether or not they are vulnerable to boarding. Some ship owners hire armed crews to patrol their vessels or even mount guns on the decks of their tankers to shoot at potential terrorists approaching in small boats.[vi] Other ship owners have considered hiring escorts to travel alongside tankers. These measures have seemed relevant since al-Qaeda launched a small boat suicide attack on the Limburg, a French oil tanker, off the coast of Yemen in October 2002. The attack ruptured the hull of the ship and killed one Bulgarian crewman. After repairs, however, the ship was able to continue transporting oil.[vii]

If the Iranians attacked shipping in the Gulf, the U.S. Navy or an international coalition might consider escorting tankers through the Strait of Hormuz. In fact, for a short period of time in 1987 the U.S. Navy provided military escorts to tankers in the Persian Gulf, deterring attacks on tankers.